Armstrong's death, which also closely coincides with the rover Curiosity landing on Mars, demonstrates so clearly to me another world is probable, quite literally. I mean, a man stood on the moon, and now we're looking at pictures from MARS. This is stuff my ancestors could only dream about. Or maybe they didn't even dream about it because it seemed so farfetched. I mean think about it, we're exploring space. We're looking for other planets with living beings and stuff. THAT IS SO COOL. 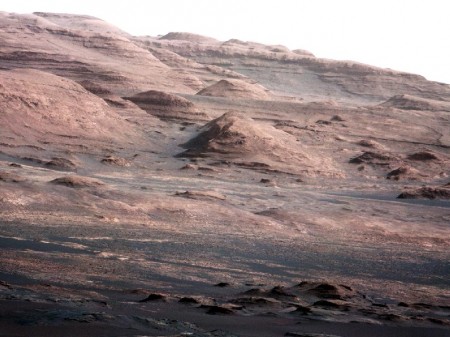 I am still quite tired this week because I'm startling awake at every little noise after the break in, but today I am simply amazed by technology and what we as humans can accomplish. Somebody walked on the moon and today we're able to look at pictures of another planet from the comfort of our homes. How cool is that?!?

It's very easy for me to become blasé about stuff like this, "Oh yeah, whatever, somebody landed on the moon. Blah, blah, blah," but it's really a big achievement. We are all capable of so much individually and collectively. We have the power within us to solve our world's problems and seeing stuff like Curiosity land on Mars proves that to me.

Sometimes I feel like a peon, a speck of dust within the universe, which is probably true, but it's also true that everyone alive today is living during a pivotal time. We're witnessing unusual things, expanding our horizons, and seeing science fiction become reality. And that's pretty cool.

Next: Miracles Happen Outside Our Comfort Zones