Last week my neighbor’s car was broken into while it was parked in our gated lot. Normally when something like that happens, I immediately assume I’m next. Never mind that I don’t have a car, a break-in of some sort is inevitable! It doesn’t even have to be a break-in, it could be getting bit by a spider; if we’re in the same vicinity and something happens to you, I think the same thing will happen to me.

I had an interesting experience the other that showed me this is far from being true. What happens to other people won’t automatically happen to me. Two people can occupy the same physical space and have completely different experiences.

As I rode the bus on Thursday, I looked out the window and noticed the barest glimmer of a rainbow, which I tried to capture on my phone. 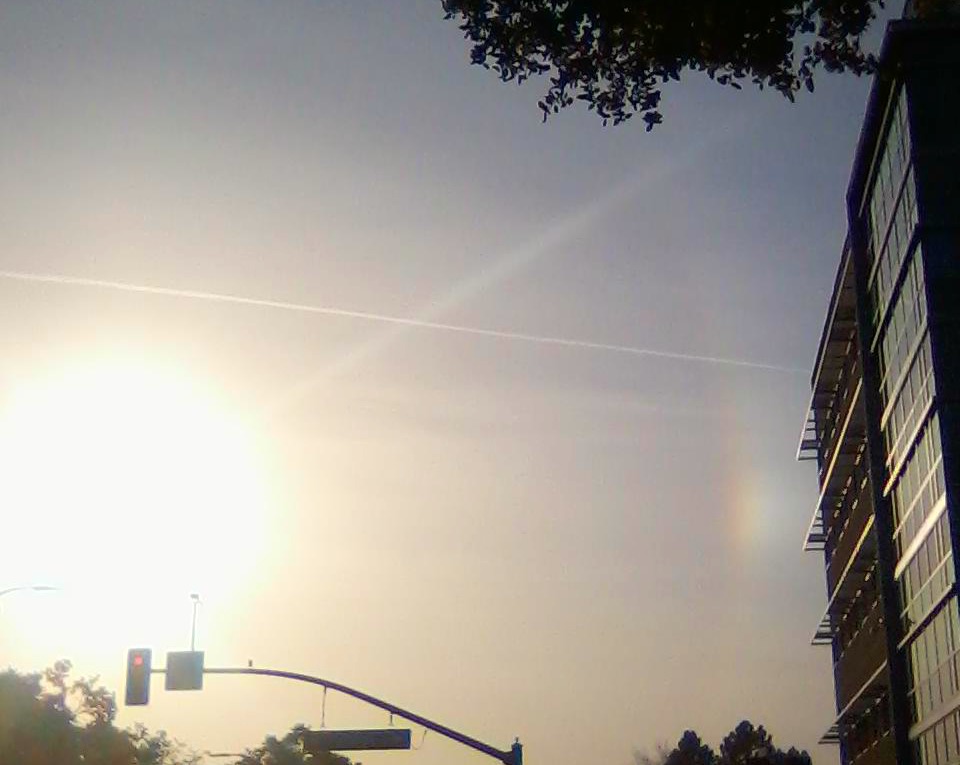 It was so hard to capture this rainbow. Sorry you can barely see it. =(

I started texting everyone and my mother, so excited was I about this rainbow, especially when the bus crested a hill and I noticed the rainbow ringed the sun – it wasn’t a vertical rainbow like I normally see, this rainbow arced from one side of the sun to the other.

In contrast, the two women sitting in front of me on the bus didn’t notice a thing. They were caught up in complaining about their health problems and various other troubles. Here I was having a transcendent moment, marveling at the beauty of the world, and in the same physical space, the women in front of me were not. This episode demonstrated to me that sharing physical space is not an indicator I’ll share the same experience. This means my neighbor can get her car window smashed and I can be fine. This means I can be safe even when others are not. This means other people’s realities don’t have to be mine.

I’m not sure I can convey my sense of relief here, but there’s something freeing about coming to recognize what happens to other people won’t necessarily happen to me. That I can occupy the same zip code but not the same reality. I can witness rainbows and butterflies while other people are gabbing on the bus. My life can be different even when we’re sharing the same oxygen and there’s something hopeful and liberating about that.

Previous: Perfection Is Not a Requirement for Love