How Disconnection Relates to Connection

I am sick today and having trouble writing the post I’d like to write, so instead I’m tweaking this one from 2013.

This week my lifecoach tasked me with contacting a handful of people everyday about my book, speaking engagements, etc. At first, I balked because I told him I didn’t want to be “the weird girl.” More than being afraid of rejection, I didn’t want that familiar sensation of people staring at me blankly, or even worse, turning up their nose at me. He asked me, “What’s that like? The sensation of being ‘the weird girl?'”

I told him it was a bit like being adrift at sea in nothing but a rowboat and no ships or people around for miles. The underlying feeling or sensation is one of being disconnected. Disconnected from other people, disconnected from my surroundings. For someone who LOVES to connect — with other people, her environment, and even connect one person with another — disconnection is like the ultimate hell.

However, what came out of my conversation with my lifecoach is that when I’m adrift at sea, I’m given a chance to connect with myself and also my higher power. So really, even when I disconnect I’m connected! It’s a bit like a Mobius strip in that one feeds into the other. There is no end and there is no edge. I’m connected at all times, even if it’s not to what I thought it would be. 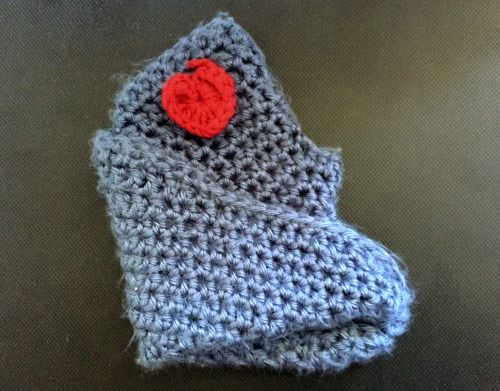 My friend crocheted mobius strip handwarmers for me. Aren’t they the best?!?

When I articulated this to him, my fear went away. I realized yeah, I may disconnect from my audience, from the random person I contacted, or whoever, but that’s OK because it gives me a chance to connect with someone or something else. I don’t have to be afraid of disconnection because by acknowledging it, I’m allowing the space for a new connection to be formed. I’m allowing myself to drift about like a feather in the wind, blowing to its next destination.

I don’t know if this blogpost is profound to anyone else, but to me, it’s so indicative of how this world works, of its dualistic nature. That without dark there is no light. Without cold, there is no hot. And also how one feeds into the other. Out of darkness comes light and out of disconnection comes connection. It also shows me that sometimes it’s within the depths of that which we fear, that we may find what we seek. That perhaps by venturing into what I’m avoiding at all costs, I’ll find what I’m attracted to.

Previous: The Contradiction of Pleasure

Next: The Beauty in Everything