How and Why Dreams Come True

Earlier this week I cried after watching this clip of Marianne Williamson. I want to do what she’s doing, which is traveling around the world and inspiring people, but it’s clear to me that now is not the time. My health will not allow me to travel all over creation and speak to large crowds. Because I’m not inspirational speaking now, and I can’t foresee when I will, in my mind it means it won’t happen.

Last night I rewatched one of my favorite movies, Amelie, and was struck by a memory. I saw Amelie in the theater when it came out in 2001. I remember at the time yearning to visit Paris, where the movie takes place. I wanted to travel abroad so badly but didn’t know if I would ever get the chance. In 2005, I studied abroad in London and visited one of my dearest friends in, you guessed it, Paris. 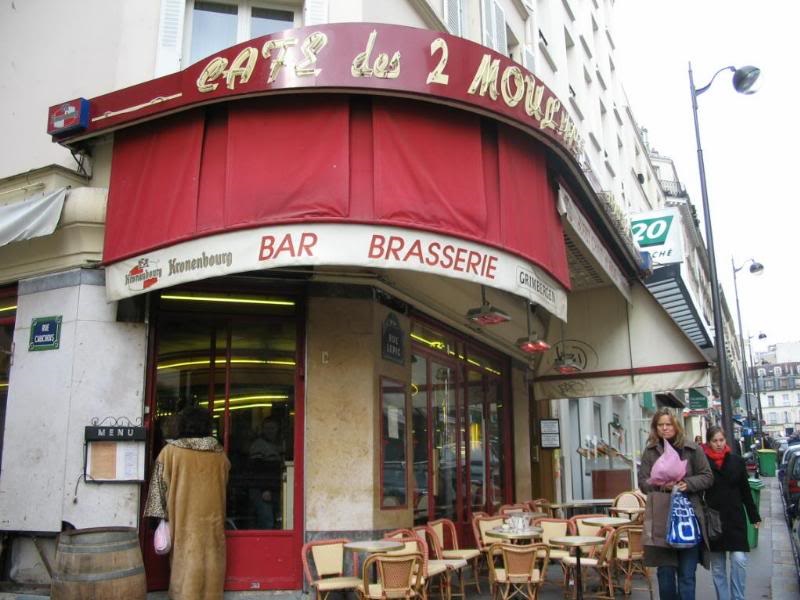 The Two Windmills, otherwise known as the cafe where Amelie worked.

Rewatching Amelie, I felt a surge of awe and wonder because some of the places in the movie, I, too, stepped foot on. I reminded myself, “I’ve been there.” It’s amazing to reflect back and realize a dream I had came true. The frustration comes in when I think a dream is impossible or it’s not happening fast enough.

Sometimes when I see that quote I want to scream because I want what I want now, like a petulant 2 year old. But when I really think about it, I know when I align my desire and God’s desire, that’s when things work out the best. In the case of visiting Paris, it happened when I was already abroad and could take the Eurostar over. It happened when I could stay with my friend, who is nearly fluent in French. It happened when someone else could play tour guide. It happened when my friend “coincidentally” needed extra emotional support. As my recovery mentor says, “Nothing happens in God’s world by mistake.”

All of this is to say one day I could do a version of what Marianne Williamson does. My higher power knows better than me when things should happen. My higher power has a broader, longer perspective – beyond two months. Realizing a dream is not so much about visualizing, praying, practicing affirmations, etc. to make it come true faster, but rather preparing the soil and understanding a flower blooms when it’s ready. Realizing a dream is about understanding it happens when my desire and God’s desire sync up and there’s nothing I can do to rush that process.

Previous: The Beauty in Everything

Next: A Place for Anger in Spirituality