Lately I keep thinking about my Grandma Libele. Maybe because her birthday is right around this time. Or maybe for other reasons. Who knows? However, because the universe works this way, something interesting happened to me related to her and my grandpa. A friend of a friend sent me two stones from Lithuania, the country of my grandma’s (and grandpa’s) birth. My grandma would not have said she’s Lithuanian because back in her day (and I mean literally right around the year of her birth), Lithuania was under the rule of Russia and shortly thereafter her town in particular was a part of Poland. My grandma would frequently say she was from Poland when asked, but first and foremost she called herself Jewish.

She led with “Jewish” and not “Polish” because she felt so betrayed by her country. I mean, I get it. During World War II she was put into a ghetto apartment with nine other people, including children. She dug her way out of that ground-floor apartment and used the sewer system to escape outside. Her childhood home was burnt to the ground with all the family’s valuables stolen. When she asked former neighbors to shelter her, they refused. Eventually she found a farmer she could bribe with money in her family’s safe deposit box. When the money ran out, so did the sheltering. 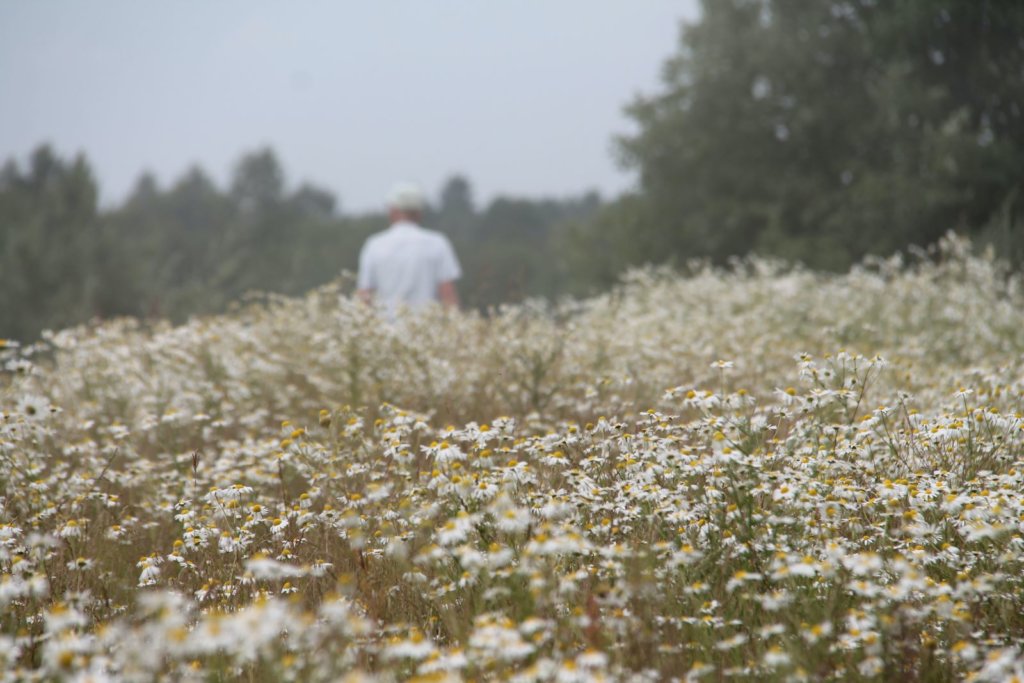 My grandparents could have walked in this field, given the location. Photo by Geda Žyvatkauskaitė on Unsplash

I could keep going and get into more detail but I won’t because this post is not a Holocaust story. Instead, I’m merely sketching the details to say I understand why my grandparents felt betrayed and bitter about everything that happened to them and identified as Jews rather than by their nationality. However, their feelings didn’t die with them. Whenever I meet someone from Lithuania, or see pictures from that country, I feel an ache in my chest. There are unresolved feelings about Lithuania and knowing that, I asked a friend of a friend for a natural artifact.

This weekend I held a Lithuanian stone in each hand and promptly burst into tears. I think I’m the first person in my family to touch anything from Lithuania since 1945. My grandparents never went back to their country of origin and to my knowledge neither has anyone else in my family. I cried so much as I felt the grief and pain associated with leaving there. But I also felt the sweetness, the happiness that comes along with any person’s life. It’s not as if things were all bad in Lithuania – my grandparents had lives before the Holocaust. They laughed, they danced, they sang, they loved. Lithuania has not only traumatic memories for my family, but happy ones too. As I continued to hold the stones, I felt into that and eventually segued into peace.

What’s cool about this picture is not only am I in it along with my mom, grandma, and brother, but my little sister is in utero!

Lithuania is just a country and the people responsible for my grandparents’ trauma are dead now. And by holding these stones, feeling those feelings, that finally gets to be true. Lithuania doesn’t have the charge it used to. You may be thinking to yourself, “This is such a strange post. Why is she even talking about this?” I mention all of it because trauma doesn’t end with the people directly involved. It carries over, it runs through family lines. Thich Nhat Hanh says in A Lifetime of Peace, “If you look deeply into the palm of your hand, you will see your parents and all generations of your ancestors. All of them are alive in this moment. Each is present in your body. You are the continuation of each of these people.”

I am the continuation of my grandparents; you are the continuation of yours. What legacy exists in each of us that we can let go of? That we can heal? I’m sharing a little bit of my story with the hope it will inspire you to dig into your own. You just might find doing so will bring you peace.

Previous: We are Already Loved

Next: Love and Judgment