A Miracle We Give Ourselves

I notice there’s a tendency in me and in society to avoid the deep and dark places. We are uncomfortable with displays of depression and despair.

The other day, a friend posted on facebook that she felt depressed and the majority of her friends said, “Are you getting help? Are you taking medication?” I’m not saying people shouldn’t take meds and shouldn’t seek help, but it’s interesting to notice their reactions. How quickly people turned to solutions instead of saying, “I hear you,” or “Me too.”

I understand the rush toward solutions. I know in myself, the minute I feel depressed or hopeless, I want to leave those states as quickly as possible. I don’t want to sit with the feelings, I don’t want to acknowledge them, I don’t want to give them air time. If I could bypass all the uncomfortable feelings, that would be great, thanks. 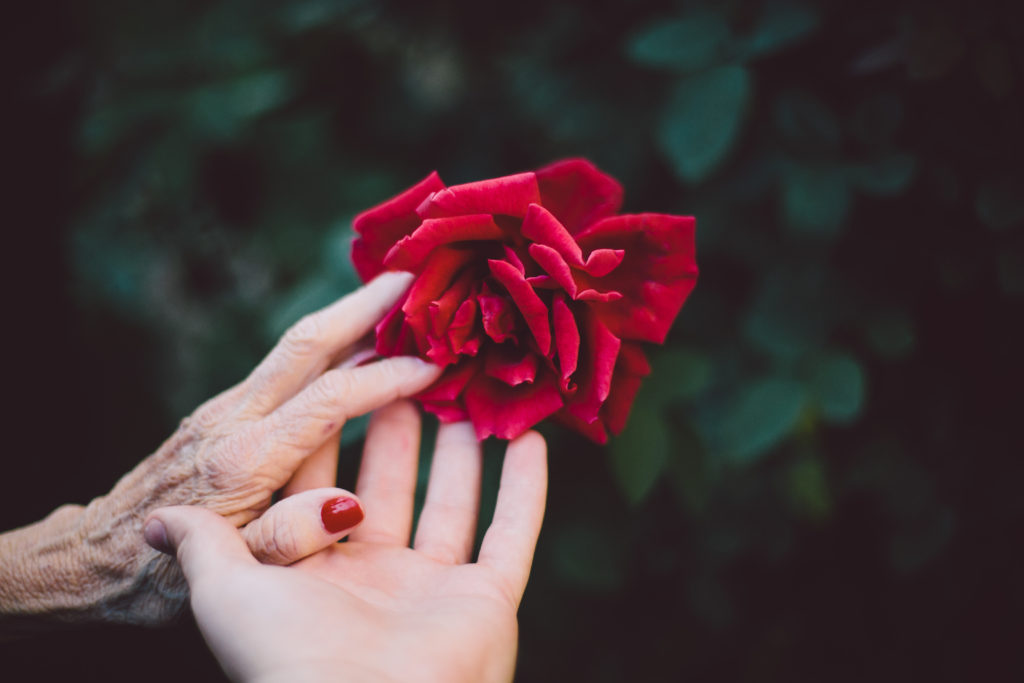 Even small acts of love can have great effects.

As my therapist reminds me, it doesn’t work that way. I can’t pretend certain feelings don’t exist just because I’d rather they didn’t. The only way to move through the feelings is to first have awareness of them, and second to feel them. In thinking of my spiritual practices, I’d like to add a third step.

I am reminded of the work crafted by a monk I knew. He used to say every cell of our body is longing for liberation, is longing for oneness with something greater than ourselves. Not only the parts we acknowledge, but the parts we push away as well. He went to graduate school for psychology and developed a mantra therapy technique combining what he learned there with the principles of our yoga and meditation group. In these heart circles, as he called them, people would sit in a circle. One person would sit in the center of the circle and think about an emotion or belief they wanted release from. Then everyone on the perimeter sang to the person in the center. They verbally bathed the person with a Sanskrit mantra, sending them love. They imagined love coming through them and directed it to the person in the center of the circle.

This week as I’ve sat with my own hard feelings, I’ve directed love their way. Not to drown them out, but in an act of tenderness and care. As Doreen Virtue says, “Love is the miracle that heals all things,” and that includes me. Instead of hating certain emotions, instead of pushing them away, instead of pretending they don’t exist, instead of skipping over them, I’m sending them love. I’m going to the deepest, darkest places within me and saying, “I’m here and I love you,” because that’s ultimately what I want. And what we all want.