The Power to Choose

On Friday, I had a bit of a meltdown. I’d been harboring feelings of resentment toward someone in power who’s in my life. Let’s call her Marjorie. Whenever I saw Marjorie, I smiled and waved, but inside I seethed. When I asked myself why, I realized things were not how they appeared. What it came down to is I’ve been blowing things out of proportion because I’d been processing my grandparents’ baggage.

I’ve mentioned a few times my grandparents are Holocaust survivors. The repercussions of that manifest in many ways, but in this instance it meant feeling betrayed by someone in power. It meant feeling taken advantage of and as if my needs didn’t matter. That Marjorie’s needs were more important and all I could do is sit back and take the “abuse.” I believed it was in my best interest to “keep the peace” and “not rock the boat.” To go along with what Marjorie wanted because the alternative seemed unbearable, and yet, inside I felt anything but peace. 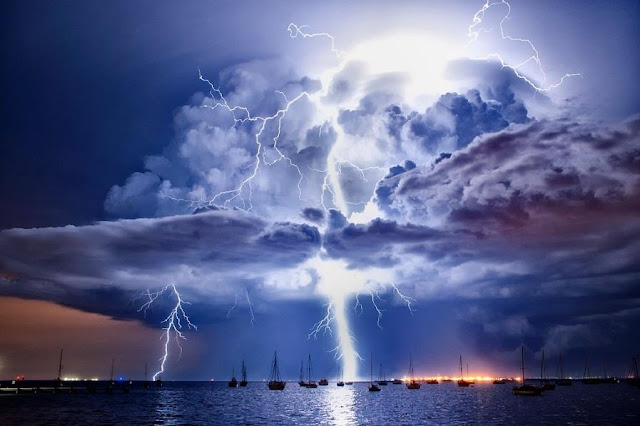 An impressive display of power if I’ve ever seen one.

So again, I asked myself why, and I realized I’d been taking things to an extreme level, feeling what my grandparents felt about power and authority and the abuse of it. My feelings were nowhere near on par with the reality of my situation.

People only have authority because I imbue them with it. People are only in power because I, you, we empower them. If we didn’t believe the president was in charge of the country, we wouldn’t listen to a word he said, nor would we enact anything he signed into law. We have agreed certain people are in power, but let us never forget where they get that power from: us.

It’s the same thing with Marjorie – she’s in power because I’m letting her be powerful. In truth, she’s a person just like I am. In truth, she’s flawed like me. In truth, she’s not the most powerful person in the world. If I continue to have issues with her I can go above her head. It may not be pretty, it may not be comfortable, but I have options, I have choices, and remembering that brings my power back.

Previous: Life Can Be so Sweet It Will Break Your Heart