This week I’ve been ascribing meaning to things that don’t need to have them. For instance, my face is broken out and the meaning I’m ascribing is I’m ugly, unattractive, and will remain single for the rest of my life. Because of a zit. I do the same thing whenever I gain any weight. Really, what it means is I’m stressed, not sleeping well, eating something I’m allergic to, and/or imbalanced hormonally.

I bring this up because how often do we torture ourselves by ascribing meaning to things when they’re not needed? Someone not accepting a friend request on facebook means they hate us and don’t want to be friends. When we haven’t heard back from a job interview it means the position has been filled. In truth, someone not accepting a friend request means they didn’t accept a friend request. Not hearing back from a job interview means the company hasn’t gotten back to us. That’s it. Not that we’re terrible people who will never be hired again or any of the other things we think it means. 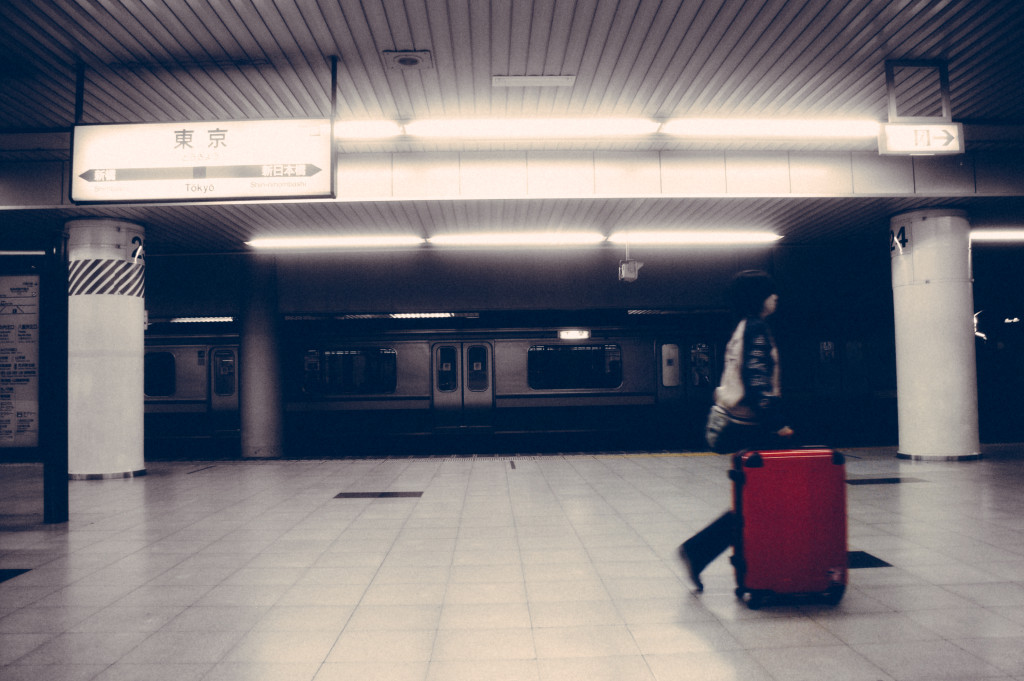 This person is a cool, confident world traveler. Oh wait, I can’t know any of that. . .

I touched on this a few weeks ago in my post “All in the Head,” about anxiety. However, I’m also noticing ascribing meaning to things sometimes doesn’t create anxiety. Sometimes it’s a lie or a way to create melodrama.

Yesterday, I heard spiritual teacher/writer Adyashanti and he said we’re addicted to the stories we tell ourselves, whether they’re painful or not. Ain’t that the truth. It wasn’t until this week though that I became even more aware of how I’m spinning out and getting upset over small things because I’m making them large by ascribing meaning to them. A zit is no longer an indication of stress, but instead becomes a sign that I’m doomed to a life of spinsterhood. Weight gain suddenly means I’m unlovable. These are quite big leaps!

When we start to ascribe meaning to things, we get wrapped up in our selves, our egoic nature, and are unable to rest in the knowledge that we are the Buddha, as Adyashanti would say. Ascribing meaning I think is like cobwebs in the attic – if we don’t address them, pretty soon the attic is covered in cobwebs and that’s all we see anymore. When I ascribe meaning to things, I detach from reality and keep myself from being present, and really, I’d much rather be the Buddha.

Previous: Sensitivity as a Gift

Next: Perfection Is Not a Requirement for Love