I spent this weekend with dear friends of mine and all I could think was, “Thank God.” When the world feels like too much, when I recoil in horror after reading the news, good company lifts my spirits. In Sanskrit, the word for that is satsaunga. What follows is a post I wrote about the subject nearly six years ago.

This weekend I had the good fortune of being surrounded by folks who practice the same yoga and meditation I do. We are all close in age with only 10 years between the eldest and the youngest. It was a delicious weekend because we had excellent food, but also because it was one of the rare times I was surrounded by a large group of people who are similar to me. Sure, I’ve been to tons of yoga and meditation retreats, but it’s not as if I’m friends with everyone there like at the gathering this weekend. 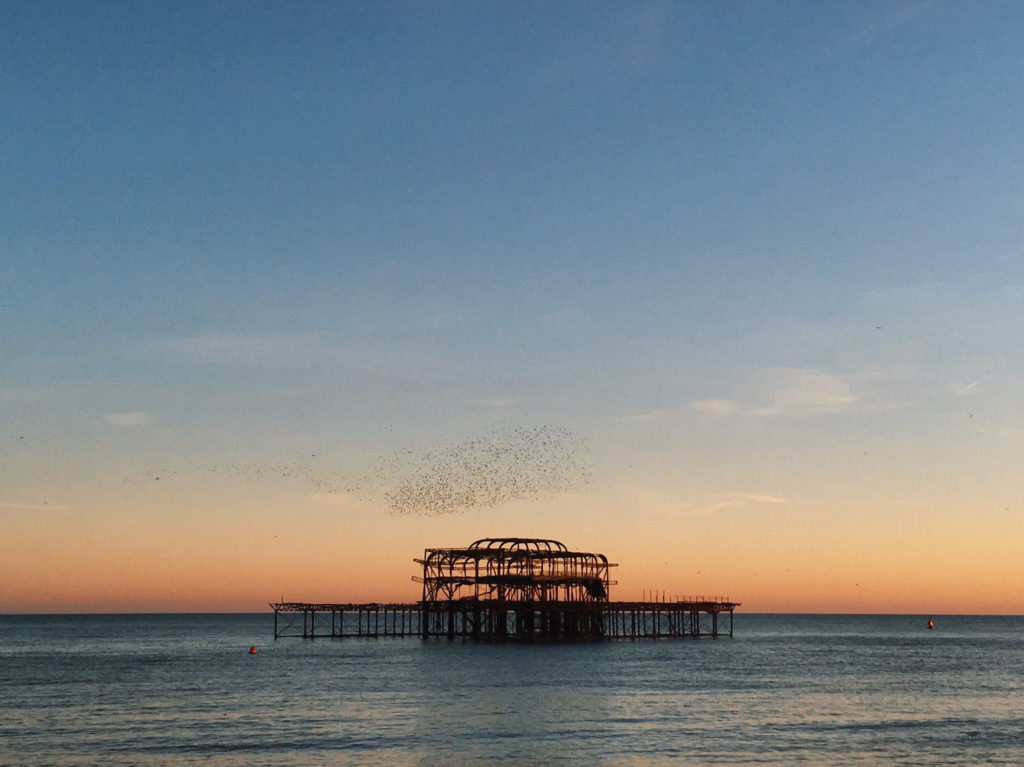 Pictured is a flock of starlings.

Experiences like these give me hope for the future. If you’ve been reading this blog for a while, you know I had a rough childhood socially. I had friends, but most of them lived far away. I suffered from a lot of peer rejection and self-defined as the “weird” kid. Not because I ate paste or anything, but because I’m extremely sensitive to energy and cared about things like vegetarianism as an 8 year old. “Weird” is a title I’ve carried with me for much of my life. Inherent in “weird” is not fitting in or being an outsider. I’ve been shifting my focus away from that because I see how viewing myself as “weird” has been harmful. This weekend was a prime example because I didn’t feel out of place – I realized it just took me a while to find my flock; as in “Birds of a feather flock together.”

Speaking of birds flocking together, I’m reminded of this video by Sophie Windsor Clive who filmed a flock of starlings. It’s awesome in the truest sense of the word and captures the power and the beauty of belonging.


I know there’s a lot of talk about the necessity of cross pollination, of mixing different classes, races, and mindsets, which I completely agree with, but there’s also something to be said for being with people who get you. People who already have a shared understanding of where you’re coming from so there’s no need to explain things to them. People who love and support you and just want to see you happy. It’s a beautiful and touching thing, that sort of community. That’s what inspires me most: Someone like me who constantly defined herself as “different” found herself around other “different” people. Like those starlings who created new shapes by flying together, when people join in groups, beautiful things can happen. Because ultimately even the “loners” and “freaks” will find others like them. It may just take a while. In essence, no one is as alone as they think they are. And when a bird finds its flock, there’s great power in that.

Next: The Meaning of Sacrifice