It’s gusty where I am right now and outside my window I can see wisps of plant matter floating through the air. It feels like a metaphor for my life right now, and not just mine, but our society in general. Strong winds keep unsettling us, thrusting us in new situations. As I check social media, I see a lot of disbelief and dismay regarding the impeachment trial of Donald Trump. (And also some jokes.) Did any of us think we’d wind up here? I sure didn’t.

As I ponder the “why” of it all, I think about a conversation I had with dear friends of mine. I told them I noticed there’s a tendency for men who mistreat nature to also mistreat women. For instance, Trump continues to rollback environmental protections and he’s on record saying he can grab women by, well, you know the quote. Unbeknownst to me until recently, my observation is the premise of ecofeminism – a movement that sees a connection between the exploitation and degradation of the natural world and the subordination and oppression of women. 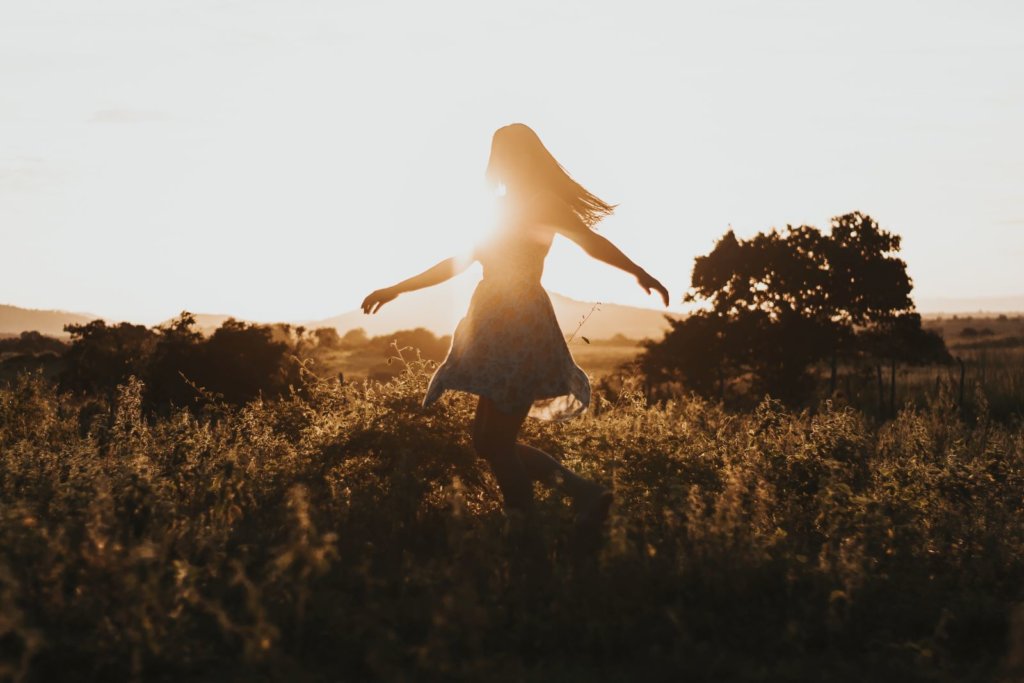 A woman in nature. Seemed perfect for this post. Photo by Jackson David on Unsplash

It makes sense because both the mistreatment of women and the plundering of Earth start with objectification. I don’t think Trump views women (or minorities for that matter) as people and instead reduces them to neatly packaged labels and harmful stereotypes. For instance, “Mexicans are rapists and drug dealers.” He and others like him view people and the environment in transactional terms: “What can I get?” They think about how they can benefit the most financially or in terms of acquiring power.

When Trump was first elected, I heard many people remark that they wanted a businessman at the helm of the United States. That aspect appealed to them. What people neglected to factor in is businessmen usually care first and foremost about profit, and when profit is the bottom line, people and the environment get reduced to objects. Soul is taken out of the equation. And “soul” is not limited to humans, in my opinion. I think even trees have souls or consciousness because more and more research emerges that trees talk to each other, support each other, and behave in ways that we never imagined. The same is likely true for other animate and inanimate objects.

To tie in my spiritual practice here, an ethical principle I live by is brahmacarya. It means “to remain attached to Brahma,” or Cosmic Consciousness, or Source, or whatever term you want to use. My spiritual teacher says, “Whenever people do some work or think of doing any work extroversially, they look upon the object, with which they come in contact, as a crude finite entity. Because of their constant aspiration for material achievement their mind is so engrossed in material objects that their very consciousness becomes crude. The meaning of practicing brahmacarya is to treat the object with which one comes in contact as different expressions of Brahma and not as crude forms.”

To go back to Donald Trump, there’s nothing I can do to encourage him to “re-soul” the people and things in his life, but perhaps I can spur the people around me to engage in brahmacarya. It’s hard to constantly think of something as an expression of an infinite loving consciousness, but it’s more than a mental exercise. It’s also our actions. When you see a moth fluttering inside your house, do you kill it without a second thought? Or do you try to trap it and put it outside? When something breaks do you try to fix it or do you immediately throw it away, thereby increasing the environmental impact? All of these actions matter because it’s our way of saying plants, animals, people, our environment, are sacred, and it’s our way of reintroducing soul into what often seems like a soul-less world. And I’m all for more soul.

Previous: The Wound is Also the Gift

Next: What’s the Boundary of Your Identity?