In my 20s, I was enthralled by the Law of Attraction. During that time, the movie The Secret came out, which popularized the subject. I found the narrative so compelling – your mind is powerful, like attracts like, etc. Hearing story after story of people who were able to walk again after a doctor told them they wouldn’t, or how they wrote themselves a check for $1 million and were finally able to cash it all because they visualized those outcomes, was alluring. However, the Law of Attraction fell out of favor with me when it didn’t bring me the man of my dreams and also when I realized in addition to the Law of Attraction, there’s the Law of Karma.

The Law of Karma trumps the Law of Attraction every time because you cannot escape the consequences for your actions no matter how positive you are. And according to my spiritual philosophy, some of those consequences can play out over lifetimes. I no longer focus so much on what my little ego wants because I find it’s better to align my will with God’s will. Things always work out better when I do, and at the same time, I also know my mind is powerful. What and how I think makes a difference. 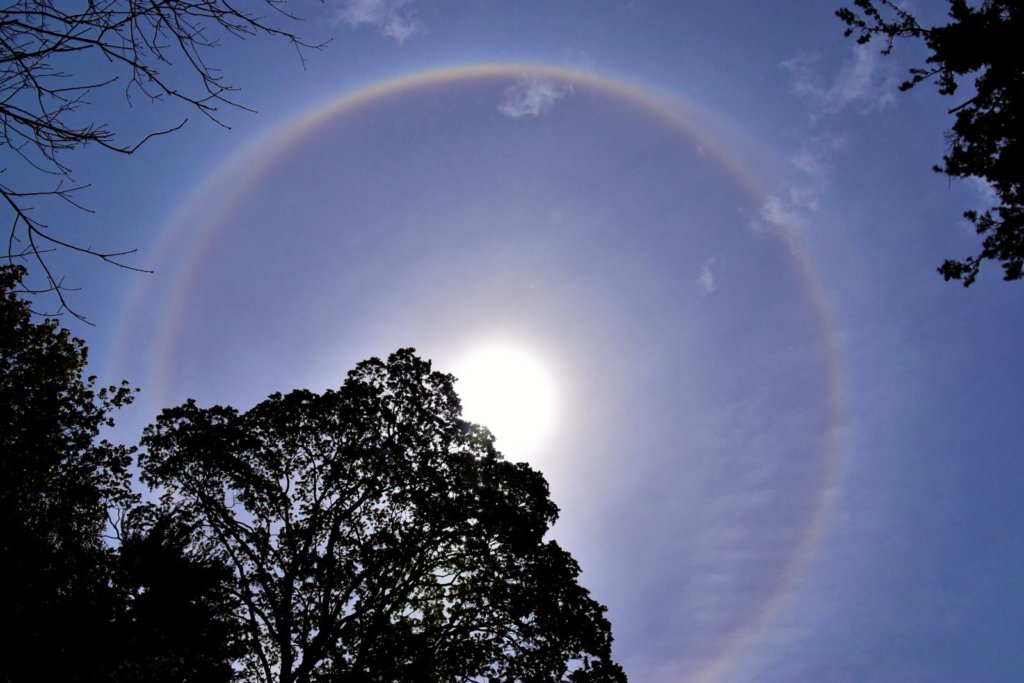 This picture will make sense later. Photo by Jeffrey Eisen on Unsplash

For instance, once when I was in college I slept in a tent with a friend and while we were out and about, it started to rain. My friend fretted about our possessions getting wet, absolutely certain the rain would seep into our tent. I kept telling her, “I’m sure it’s fine.” Do you know what happened when we got back to the tent? Her belongings were wet while my belongings were dry. I mean honestly, you can’t make this stuff up.

I mention this because I’m again reminded how an optimistic attitude can make a difference, not only in how we feel, but also how we experience the world. What if we believed things would work out? That we’d be OK? What if we were motivated by hope instead of fear? What if we trained our minds to ferret out the good things instead of the bad?

I have another story for you. One day back in 2015, I rode the bus and while looking out the window noticed the barest glimmer of a rainbow, which I tried to capture on my phone. In my excitement, I started texting everyone and my mother, especially when the bus crested a hill and I noticed the rainbow ringed the sun. It was a sight to behold. In contrast, the two women sitting in front of me on the bus didn’t notice a thing. They were caught up in complaining about their health problems and various other troubles. Here I was having a transcendent moment, marveling at the beauty of the world, and in the same physical space, the women in front of me were not.

What are we noticing? What are we focusing on? It matters. Living in a perpetual state of pessimism sucks so why not instead notice the rainbows?

Previous: The Joy in Small Pleasures

Next: The Price of Convenience