Something I’ve heard before is that physical health is a privilege. When people said that, I brushed it aside because I thought they meant health is something to be grateful for, a blessing, a gift. But now, as I approach my 37th birthday, I recognize physical health is an attribute to be grateful for yes, but it’s also a privilege similar to how we talk about White privilege. Meaning, something most people don’t think about, or take for granted, unless they’re in the group that doesn’t have it.

There’s a lot to say about White privilege, but to summarize, it’s obvious and less obvious passive advantages that White people may not recognize they have. It’s moving through the world with relative ease. Swap out “White” for “healthy” and the privilege is eerily similar. This post is focusing specifically on physical health, but there is also mental health privilege.

For someone like me – a person recovering from adrenal fatigue, a sleep disorder, digestive issues, a spoonie – I’m not able to navigate the world with relative ease. I’m forever worried my small business will crumble because I can’t work full time due to limited energy. And supporting myself with a part-time job is challenging, which I know, because I did it for years. 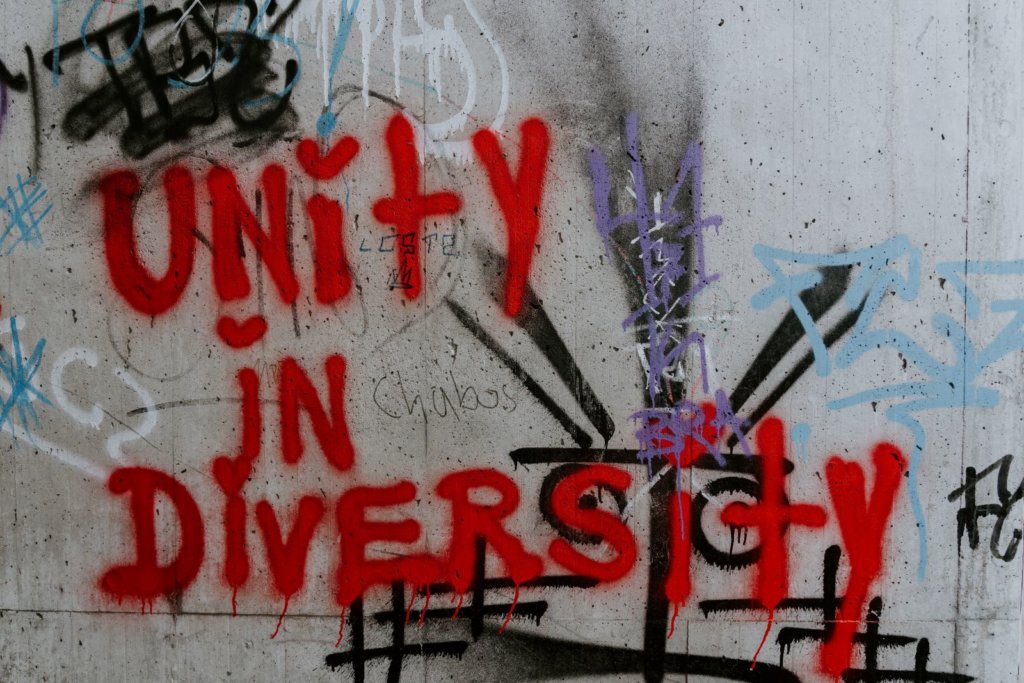 This graffiti says it all. Photo by Claudio Schwarz on Unsplash

In the days before my birthday, I’m crying because I feel like I’m getting older without ever having been young. For only three years in my 20s did I feel mildly energetic, healthy, vibrant, pleased with how my body looked and functioned. The rest of my life has been one issue after another after another. And as I’m crying about my own health challenges, I think about friends of mine, or people I know, who have chronic fatigue syndrome, fibromyalgia, Crohn’s disease, thyroid issues, etc., and I realize we’re sold this image of what is “normal,” of how our bodies are “supposed” to be. Not unlike the ideals sold to us via White supremacy like beauty standards and the body mass index.

Thinking about all of this, I really get that health is a privilege. Not everyone is given health. We aren’t all born with perfectly functioning bodies that slowly deteriorate over time as we age. No. Some of us never have perfectly functioning bodies. Some of us have to take medication and eat certain foods and take daily naps to even approach what others have naturally.

Now instead of feeling sad, I’m angry because I’ve bought into this message about an ideal body – and I’m not talking shape and size – that is literally not achievable for some people. The kicker though is our bodies can change drastically from one year to the next depending on a multitude of factors – some of which we control. I personally spend an inordinate amount of time on those factors. A soul sister tells me, “I don’t know of anyone who takes as good of care of their body as you do.” And yet, all of that care barely moves the needle on my health. And I’m lucky because I don’t live with constant pain unlike some people!

It seems to me we’re in the age of celebrating diversity with race, gender, sexual orientation, and cognitive function (in some circles). It’s time to welcome in the body too. Not only when it’s obvious, but when it’s subtle.

My spiritual teacher says, “Human society is just like a garland which is made of different types of flowers, woven together by one common thread. The overall beauty of the garland is dependent upon the beauty of each flower. Likewise, each strata of society must be equally strengthened if we are to maintain the unity and solidarity of society.”

To me that means normalizing some people have health challenges in the “prime” of their life. It means recognizing some people never experience relative ease in how they move through the world on a physical level. It means making room for and supporting people like me who have invisible illnesses. It means not relegating us to the shadows or acting like we’re an anomaly because we’re not. We’re just as normal as anyone else.

I dream of a world where we create space for all people and not act like some are part of the “in” crowd and others are not. A world where we recognize diversity is what makes human society beautiful. A world where we understand that uniqueness is normal and in turn means it’s important to create a more accessible, supportive world for us all.

Previous: The Power of Pause

Next: The Recipe for Happiness