Lately, I’m noticing how much I catastrophize. Catastrophizing is assuming that the worst will happen. It can also be believing you’re in a worse situation than you really are or exaggerating the difficulties you face. For me, it’s the former, assuming the worst will happen. I don’t catastrophize every situation. The ones that I feel are within my control I’m optimistic about. For instance, I’m not someone who says, “I’ll miss my flight!” because I know I leave plenty of time to get to the airport.

My catastrophizing is along the lines of “My plants are going to die while I’m in Australia!” I’m setting up a water-wick system for my indoor plants but nonetheless, I’m pretty convinced it will fail. And the idea of asking someone to water them also brings catastrophizing, “What if they forget and my plants would have been better off with the water-wicking system?!?” 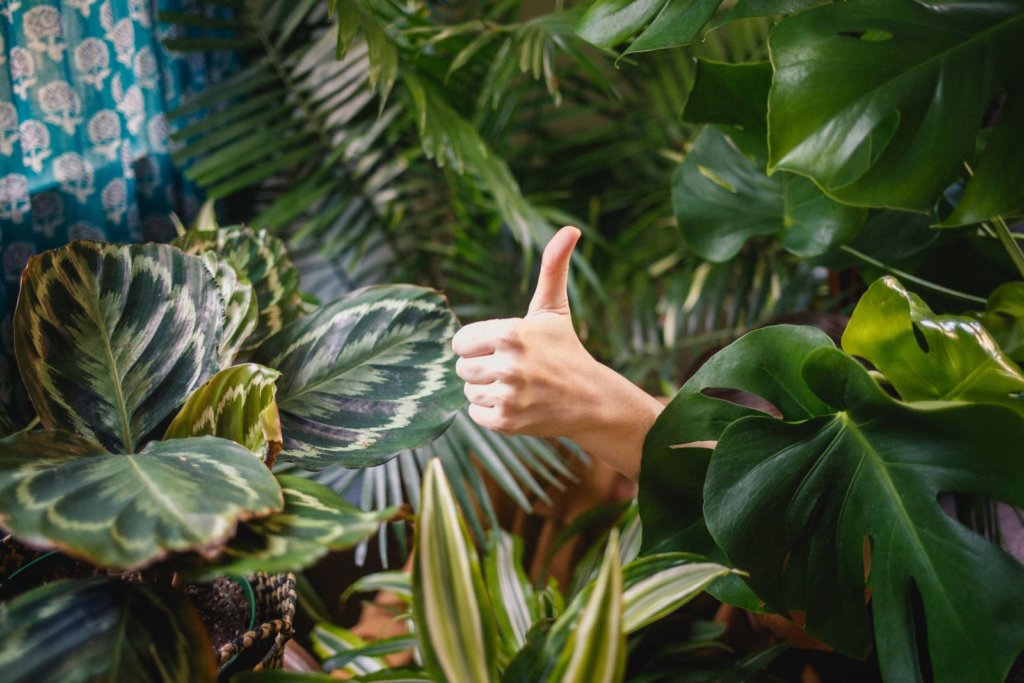 Maybe my plants will be fine! Photo by Katya Ross on Unsplash

As you can see, it’s loads of fun over here in my brain. A solution I keep circling is: “Give equal air time to things working out.” I care deeply about fairness so hearing it phrased that way helps me. I say to myself, “You’re not being fair and equal by only focusing on the negative. What if you devoted the same amount of time to things working out? What if your plants are healthy and thriving when you get back?”

Even asking those questions causes my brain to short-circuit a little because honestly, I hadn’t considered that possibility. What if everything works out? It’s true. Everything could work out. It’s just as likely my plants will be alive when I come back instead of dead. Why not focus on the positive outcome?

The brain is a muscle that needs training like the other muscles. I have to train myself to be optimistic and it’s something my spiritual teacher encourages when he says, “Human beings must not be pessimists under any circumstances. I am an incorrigible optimist, for I know that optimism is the very essence of life.”

That statement is backed up by science in the sense that optimists live longer, the Washington Post found. Optimists lived into their 90s versus the average life span of 83. And the results remained even after accounting for other factors known to predict a long life such as education level, economic status, ethnicity, and whether a person had depression or chronic health conditions.

Yes, it’s easier to default to the negative because after all, we humans are prone to a negativity bias, but why not at least give the positive equal air time? It’s only fair and could help me live longer to boot.

Previous: It’s Not Your Money