Today I went to the Maker Faire. From their website:

Part science fair, part county fair, and part something entirely new, Maker Faire is an all-ages gathering of tech enthusiasts, crafters, educators, tinkerers, hobbyists, engineers, science clubs, authors, artists, students, and commercial exhibitors. All of these “makers” come to Maker Faire to show what they have made and to share what they have learned.

The faire was very cool and also very overwhelming because of the sheer amount of people and inventions. One such invention is the 3D printer. (Full disclosure, my friend works for MakerBot.)

In essence, you tell the printer, “I’d like to print a dragon,” and THEN YOU CAN. IN 3D. That wasn’t even the coolest thing at Maker Faire. I’m not sure what the coolest thing was because so many cool things were vying for my attention. Like dye that’s activated by the sun. And a replication of the Viper, a starship from Battlestar Galactica:

PEOPLE ARE SO INVENTIVE AND INGENIOUS. I love it. It’s amazing. What’s funny is today was also an annular solar eclipse! Look at these pictures some friends of mine took:

When there's a solar eclipse shadows are cast differently. Notice the crescent-moon shapes as opposed to normal blocks of light. Photo by Amy White. 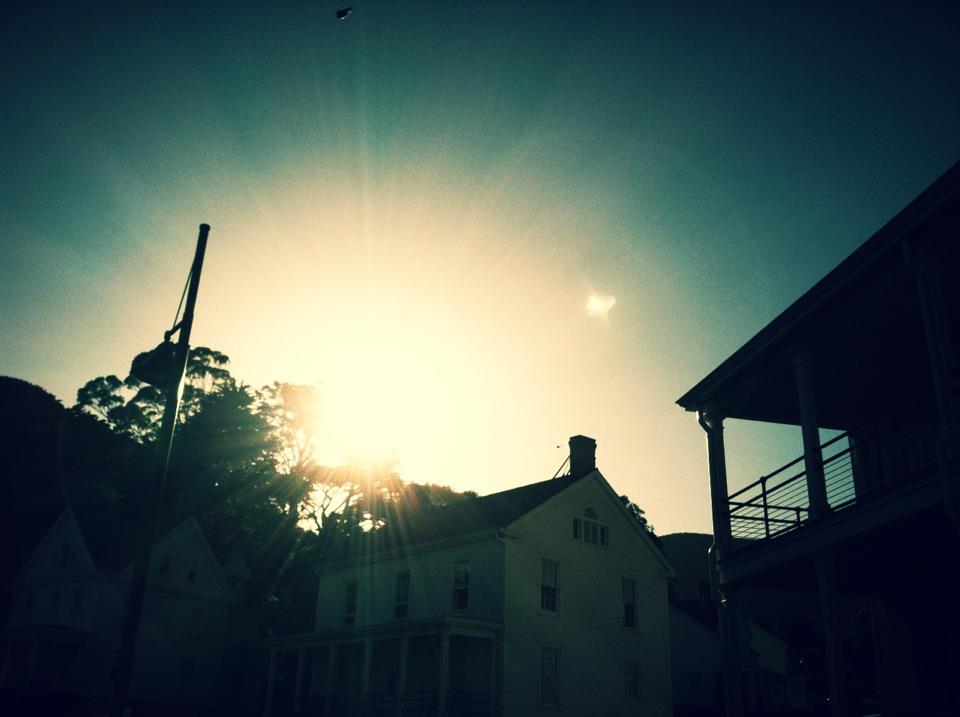 The sun is so bright here even looking at the photo almost hurts my eyes. Photo by Annie Sexton.

So cool! So beautiful!

What I find interesting is today in particular natural and manmade makers collided. I am in awe of both what human beings are capable of making and also what nature has made. It’s something I can’t quite put into words because both are astounding. Both show me how special this world is that we live in because we do get to experience duality. At the same time we’re running around inventing things, we also get to soak up what nature has made. We live in a time where both are possible. And that is really cool.