I think most of you know this because you follow me on facebook, but if not, I was in a car accident on Tuesday. Rather, I was hit by a car on Tuesday as I walked through an intersection. Nothing too terrible – I scraped my chin, my jaw took the impact, and I’m unable to chew for the time being, but nothing is broken, I walked away from the accident, and I’m physically in pretty good shape, considering. The police already ran the license plates and nothing came back, so it is unlikely the driver will be caught. Emotionally, I’m pretty shaken.

I’m still scared, but what I have to remind myself over and over again is the world is more kind than cruel. After the driver who hit me drove off, the person behind him stopped, and wrote down the license plate number and his telephone number in case I needed anything. He also gave me some paper napkins and an alcohol swab to clean the blood off my face and hands. Another person also stopped and offered to drive me home because clearly the last thing I wanted was to walk. And another person, a woman, stopped just to see if I was OK. I have to remind myself for every jerk in the world, there are at least three kind people. 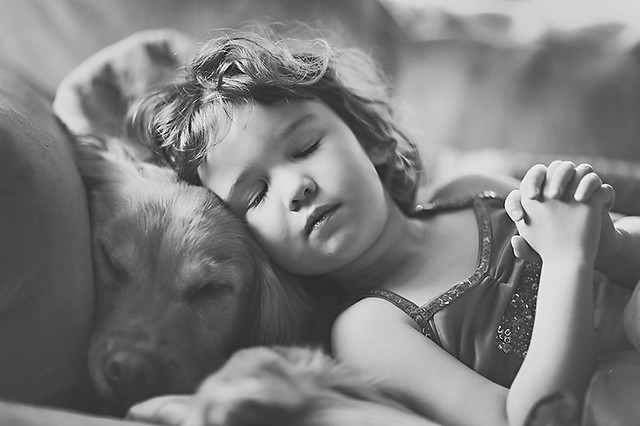 I know I could have chosen another image to demonstrate kindness but this one was too sweet to pass up. Copyright by Tolly P.

On Friday night, I chatted with my next door neighbor and she agreed with my sentiment. She’s a therapist specializing in abuse and trauma, so she’s seen some pretty dark things, but even she assured me people are inherently good. I’ve also seen that to be the case – the receptionist at my chiropractor’s office offered to pick me up for an appointment after she learned it takes me an hour to get to the office via public transportation. Someone I’ve never met in person called me up and asked if I’d like her to come over and keep me company after the incident when she read about it on facebook.

There is a lot of love for me. There are many people in the world who want to support me. It’s difficult when things like this happen, but I also think it’s important to retain my world view, my optimism, and my belief in the goodness of others. For the first time I understand it’s a conscious choice I have to make instead of a default belief. It’s not easy; it no longer comes as natural to me, but even more so I see how much it’s necessary. I cannot prevent bad things from happening, I can’t stop drivers from speeding up to hit pedestrians like in my case, I can’t prevent break-ins, I can’t halt violence and poverty and destruction, but I sure as heck can show some kindness and compassion after the fact. I’m starting to believe that’s maybe what life is all about.

Previous: I Love You for Who You Are

Next: Happiness Not Required