I detest the saying, “There’s no such thing as an original idea. Every idea worth having has been had thousands of times already.” Funnily enough, I can’t find who to attribute that statement to. Does that make the notion itself unoriginal because it doesn’t belong to one person? Moving on. . .

I loathe the concept there are no original ideas because I long for recognition and credit. If I have an idea, I want people to attribute it to me, and I get upset if someone else has the same idea independent of me. Childish, I know, but there we are. When I think about my spiritual philosophy though, things make more sense. 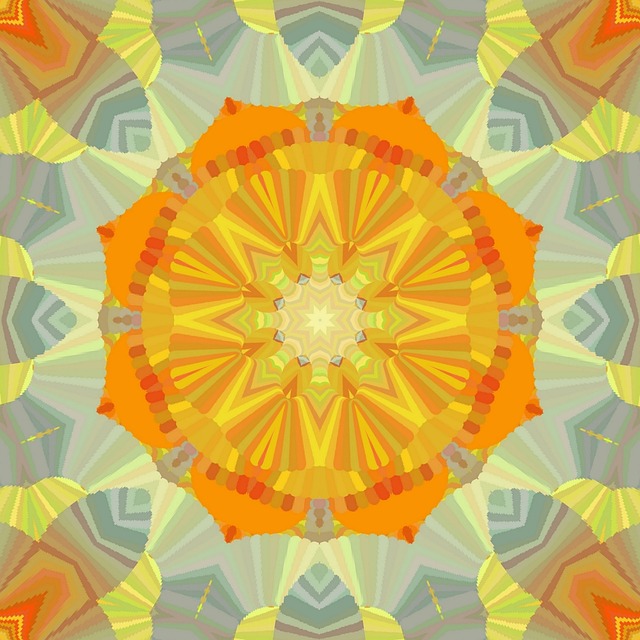 We are all kaleidoscopes making unique shapes and combinations.

One metaphor that’s been used in my spiritual philosophy is God is like the moon and each of us are like mirrors, reflecting the moon. We all have the same original image, but how it shows up on our mirrors is different. Some mirrors are speckled or cracked. Some mirrors are cloudy or clear. The originality, the origin, if you will, is the moon, but the way the moon is reflected in the mirror is unique.

When looking up the attribution for the no-original-ideas concept, I stumbled across a quote from Mark Twain that fits. He wrote:

There is no such thing as a new idea. It is impossible. We simply take a lot of old ideas and put them into a sort of mental kaleidoscope. We give them a turn and they make new and curious combinations. We keep on turning and making new combinations indefinitely; but they are the same old pieces of colored glass that have been in use through all the ages.

We human beings are like that – we keep making new and curious combinations. My work is to understand just because we keep using the same old pieces of colored glass, doesn’t mean the new combination is any less valuable or beautiful or worthy.

Someone told me once, “There may be a thousand youtube videos out there about how to make a green smoothie, but mine may be the one a particular person sees that encourages them to actually make it.”

Bottom line for me is it’s likely I’ll say the same thing someone else says or vice versa, but it doesn’t mean I should stop saying it because I am a unique and special, individually crafted mirror full of interesting speckles and discolorations reflecting the moon in a certain way. I am a kaleidoscope of colors. We all are.

Previous: Embrace it All

Next: The Power of Language