All week I’ve bobbed along on an ocean of grief, coming in and out of numbness. Another community member of mine died, a monk from my yoga and meditation group. He had cancer so it wasn’t altogether unexpected, but still sad. I cried when I first heard the news and then I thought I was over it. Until I noticed I checked my email, facebook, and instagram a million times trying to dodge my grief. How I wanted to escape my life and be in someone else’s. Who wants to feel grief? Grief sucks.

In texting with a friend, I realized I have resistance to grieving, not only about this monk, but other losses in my life, because if I do, that means I’ve fully let go. It’s a real and final goodbye. And in order to keep the person a presence in my life, I’ve tried to block my feelings. Like a child who says, “If I don’t say goodbye to you then you can’t leave, right?” But they have and can and do. Whether I say goodbye or not doesn’t matter. And even when I do say goodbye, even when I know a person is knocking on death’s door, it still doesn’t mean I’m ready to bid them adieu. Is anyone ever truly ready to say goodbye to someone? 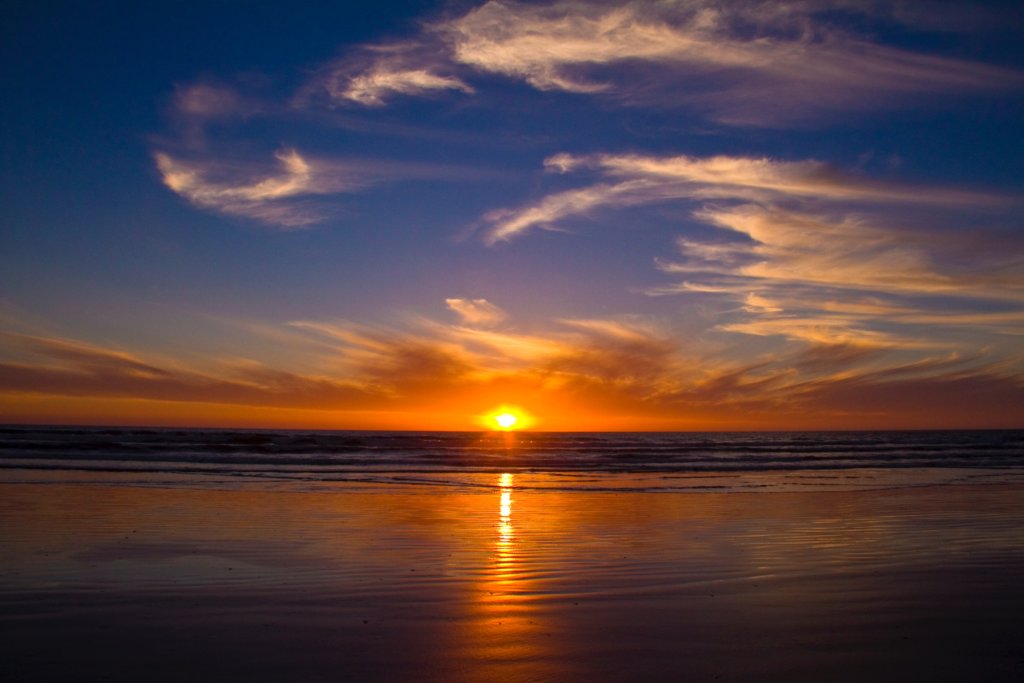 “Becoming the ocean” is no easy task. Photo by Ngaere Woodford-Bender on Unsplash.

When I was much younger, I remember trying to comfort my dad after someone died. I tried to console him with the notion that we’re all still connected. That just because a person has left their physical body doesn’t mean the relationship has severed. Nor does it mean we won’t reunite, especially as he and I believe in reincarnation. I’ll never forget, he countered with, “Yeah, but we’ll never meet each other again in this life.” That’s what grief is; recognizing and honoring that loss. No amount of saying, “You’ll see each other again,” can sidestep the loss.

So I’m crying in fits and spurts. I’m also contemplating what my spiritual teacher said about the dissolution of ego. How many people are scared of merging with something bigger than themselves because they view it as annihilation. To describe the process he uses the metaphor of a salt doll and the sea. He says, “If a salt doll goes to measure the sea, it will melt into it. Neither can it measure the sea, nor will it ever return; its existence will merge into the vastness of the sea, releasing it from all cares and worries. If one wishes to take the form of the sea, one will have to become the sea itself; there is no other way.”

If I wish to continue progressing in this life, I have to become the sea itself. I have to let go. To feel the feelings that I’m blocking. And in doing so, I’ll come upon something bigger than me. The salt doll becomes the ocean. Perhaps the grief I feel is carrying me toward something else, something bigger that I’m unaware of. And instead of the loss of my friends as final, maybe I’m traveling to a place altogether new. I’m not sure. Only time will tell.