This weekend I met someone formerly associated with my yoga and meditation group way back in the 70s when he lived in Atlanta. That may not seem especially remarkable, but it’s literally never happened to me before. I’ve met people who had some exposure to it, but not people who engaged with the practices and then drifted away. My yoga and meditation group, while worldwide, is small and the chances of an affiliation with it coming up in a first conversation with someone at a party is unlikely. I grin thinking about the encounter from this weekend because it reminds me the universe is not random and chaotic. There is an order and an intelligence at play of which I get glimpses sometimes.

I take comfort in believing order and intelligence reigns because there are a lot of things going on in the world and in my life that I don’t understand, that I wish were different. There are certain elected officials I wish weren’t in office. There are certain policies I wish were abolished. I wish my body reacted differently to certain foods. I wish I didn’t have certain ailments. And when I spend all my time wishing things were different – while also working to change them – I get frustrated and feel like I’m beating my head against a brick wall. I easily succumb to despair. When life throws a little magic, a little synchronicity my way, hope flares up again and I’m reminded that perhaps I’m unable to see the whole picture. That I’m a character in a play that only knows her lines and not the lines of everyone else. 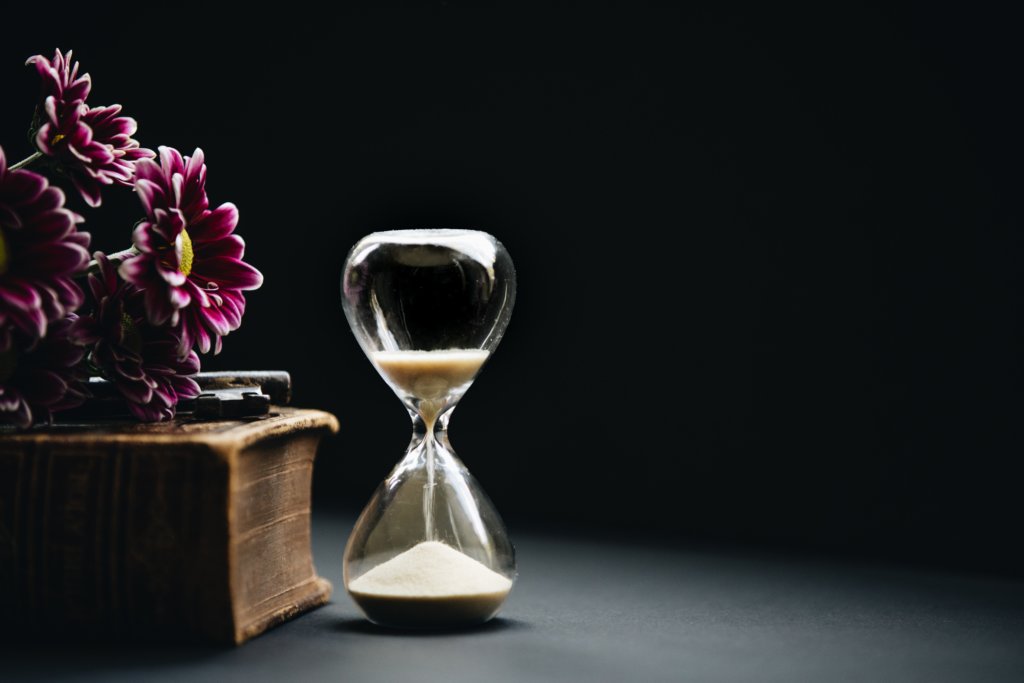 And then there’s sand timer time. Photo by Nathan Dumlao on Unsplash

The other reason I appreciate the encounter from this weekend is the demonstration that things circle back. The man I met hasn’t been an active member of my group for nearly 50 years and now he might pick it up again. In my mind, if something doesn’t happen in the short term, it will never happen. I have big dreams and at the moment it seems like I’m veering away from them. I have sadness about that because these dreams are near and dear to my heart, but at the moment they aren’t feasible given my energy levels and my financial situation. Does that mean I give them up for good?

Intellectually I understand the answer to that question is “no.” I see many models in society of people who accomplished things later in life, but emotionally, the answer feels like a “yes.” The more reminders I have that things circle back, that dreams can be delayed, the better.

Sometimes when I want something to happen doesn’t match up to when the cosmos wants something to happen. Sometimes the soil isn’t fertile enough. Sometimes you plant something and the yield is pitiful, but after adding nutrients to the soil, the yield is plentiful. I’m reminded here the universe is playing a long game. My recovery mentor says, “You’re looking at your watch while Higher Power is looking at the calendar.” My part I think is having patience, trust, and faith in the timing of things.

I dream of a world where we remember the universe has a long-term plan while many of us only think in the short term. A world where we recognize if we’re not ready for something just yet, it will circle back to us if it’s meant to be. A world where we realize while it may not seem so on the surface, the world is an ordered, intelligent place.

Next: The Individual and the Collective