For more than a week I heard the strains of music, drums, and chants drifting through the air. I live near a school and the teachers were on strike for better pay and smaller classrooms, among other things.

What’s interesting to notice is I have a tendency to assume that if I ask nicely enough, I’ll get what I want. If I was a teacher and said “please,” surely the school district would have given me a raise? I think it’s safe to assume the teachers did ask nicely and the school district said no. They couldn’t accept that and took further action. Witnessing the strike I’m reminded sometimes we have to use force and pressure to meet our needs. Sometimes we have to protest and boycott and make a fuss. 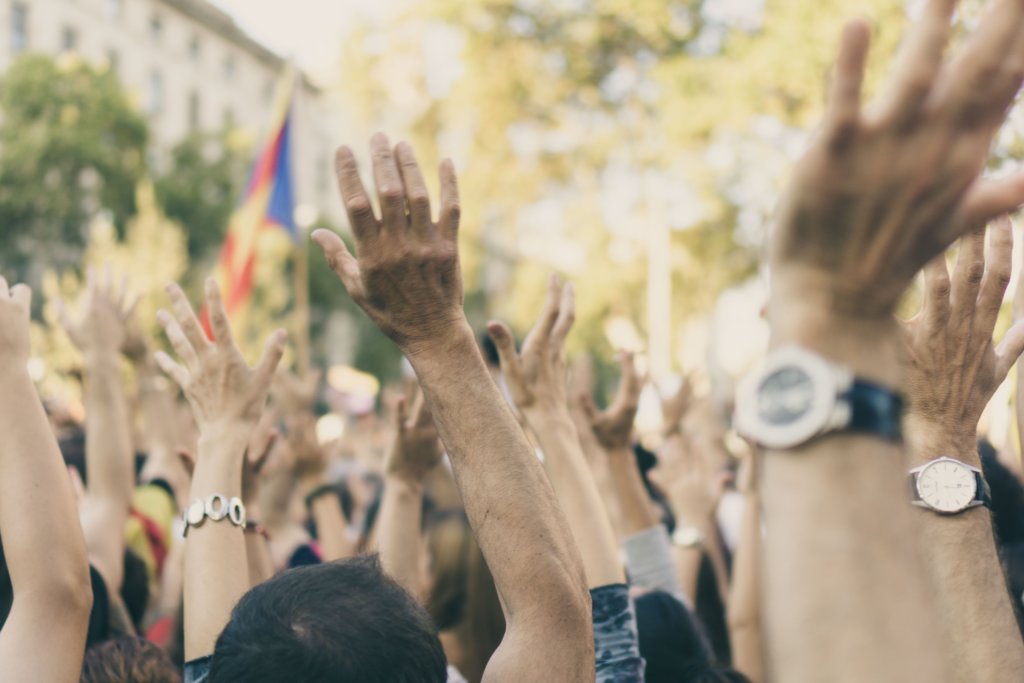 Sometimes we have to make a fuss. Photo by Chris Slupski on Unsplash

I know that’s obvious, but it’s easy to be on the outside looking in and say, “Of course you have to behave that way,” and much harder to be in the situation ourselves. How many of us would stand up to an authority when it’s our own neck on the line? When we didn’t know how a situation would turn out? I’ve heard a lot of people say, “I would have marched during the Civil Rights movement,” but not as many are saying they’ve marched with the Black Lives Matter movement.

I’m not trying to shame anyone, I’m merely pointing out it’s harder to act with force in the moment when we don’t know the outcome. Some people might say acting with force isn’t spiritual. That spiritual people should be pacifists. My spiritual teacher disagrees.

He said, “In all actions of life, whether small or big, the unit mind progresses by surmounting opposing forces. Life evolves through the medium of force. If this force is not properly developed, life becomes absolutely dull. No wise person would advocate such a thing because this would be contrary to the very fundamentals of human nature.”

He also said, “The use of force against an aggressor is valor and desisting from such use of force is cowardice.” My spiritual teacher is not a “sit on your laurels, do nothing” kind of guy. He’s a “use force when necessary and stand up for yourself” kind of guy.

In case you’re wondering, by striking, the school district acquiesced to the teachers’ demands. They demonstrated by speaking up, by acting, by drawing a line in the sand, you can get what you want. That’s not universally true of course. Sometimes it takes multiple strikes and boycotts. Sometimes it takes years before injustice crumbles but by continuing to apply pressure, change happens.

For myself, I want to live in a pressure-free environment. I want pleasantries to be enough. I want ease and harmony all the time. However, that’s not realistic. It is impossible for us to remain static and inert. We either progress or we backslide. There is no staying still. Given those two choices, I’d much rather evolve than regress, and sometimes that means holding our ground until the other side relents.

Next: Our Internal Warrior