Right now, all over the world people are celebrating Diipavali or Diwali, a festival of lights that symbolizes the spiritual victory of light over darkness, good over evil, and knowledge over ignorance. There’s something interesting for me about how Diipavali is coinciding with the fires in California. I know October is a dry month for California so it’s no surprise my beloved state is on fire, but there’s something especially poignant about the timing of it all.

What I mean is it’s coming to light, pun intended, that Pacific Gas and Electric, the utility company in northern California, is responsible for the blazes raging both currently and last year. Last year an entire town, Paradise, burned to the ground due to PG&E’s negligence, and prompted the company to file for bankruptcy. The utility company has known about the trouble with its equipment for decades and didn’t upgrade it. It’s only now that we can pin the blame squarely on PG&E’s shoulders that something is being done about it. 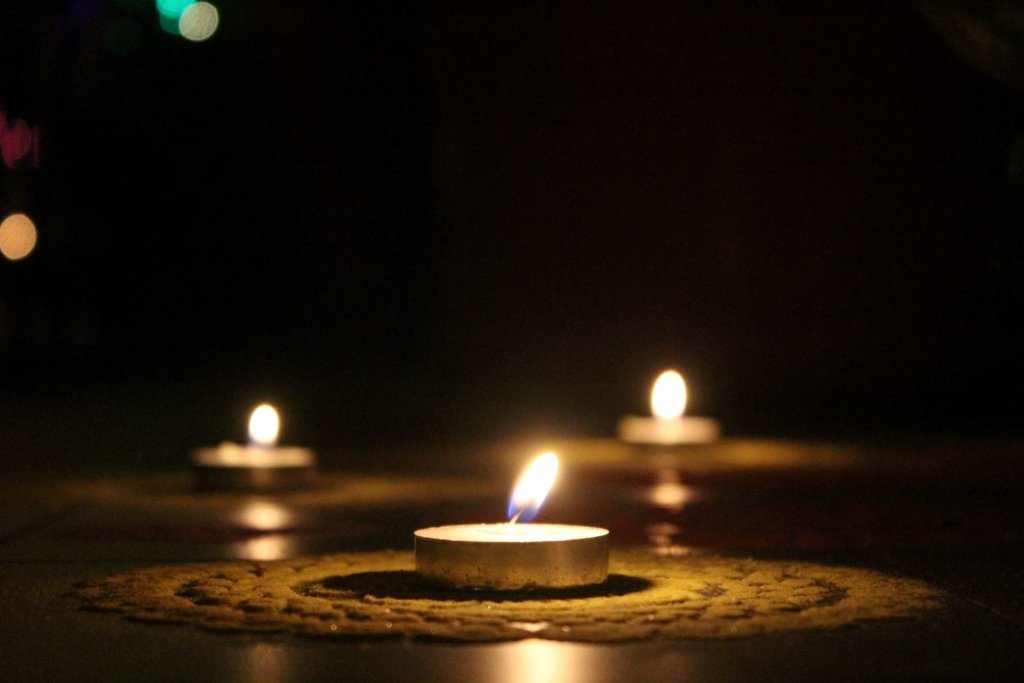 One candle may kindle another to drive out darkness. Photo by Nishta Sharma on Unsplash

What I’m seeing over and over again is corruption floating to the surface. Secrets are emerging, we’re shining a spotlight in the dark corners, and watching cockroaches scuttle away. Not only with PG&E, but with the impeachment inquiry as well. Shady practices that Trump engaged in are emerging and the majority of us are saying, “No. This is not OK.”

However, unlike with Diipavali where good has triumphed over evil, I don’t think we’re there yet. Instead, we’re in the day before Diipavali, metaphorically speaking. The day before the festival is supposed to be the darkest day of the year when it seems like light will never win. It’s a question I’ve been asking myself lately. I cannot express how angry I am at PG&E, as well as the behavior of corrupt politicians and CEOs. I want to shake everyone by the shoulders and say, “No, no, no! You can’t do this!”

I’m pretty sure I’m not alone here. I notice a swell of anger and frustration erupting but where is it supposed to go? What are we supposed to do? Some are taking to the streets. Others are writing petitions or conversing with elected officials. I’m doing the same but it doesn’t feel like enough. And then I think about Diipavali. The word comes from dīpa, which means lamp or light, and āvali, which means a row, a range, continuous line, series. Essentially a lot of little lights can conquer darkness. One by one by one our actions add up to something bright and Diipavali reminds me of that.

Next: Becoming the Ocean