The other day I shared a poem by Khalil Gibran on Facebook titled “Fear.” I’m sharing it again here because it’s relevant to my life right now:

It is said that before entering the sea
a river trembles with fear.

She looks back at the path she has traveled,
from the peaks of the mountains,
the long winding road crossing forests and villages.

And in front of her,
she sees an ocean so vast,
that to enter
there seems nothing more than to disappear forever.

But there is no other way.
The river cannot go back.

Nobody can go back.
To go back is impossible in existence.

The river needs to take the risk
of entering the ocean
because only then will fear disappear,
because that’s where the river will know
it’s not about disappearing into the ocean,
but of becoming the ocean.

I am that river right now. I’m traveling through mountain peaks and crossing forests. The current of life is moving me along in a direction that excites me and scares me. I’m progressing toward something I didn’t anticipate and for many years said I never wanted, yet here I am, traveling down this path. I want to run away, to turn back and go in the other direction, but like the river, I cannot. Too much momentum has built up. Will I change course? Possibly, but eventually I’ll still enter the ocean, become the ocean. It’s inevitable one way or another. 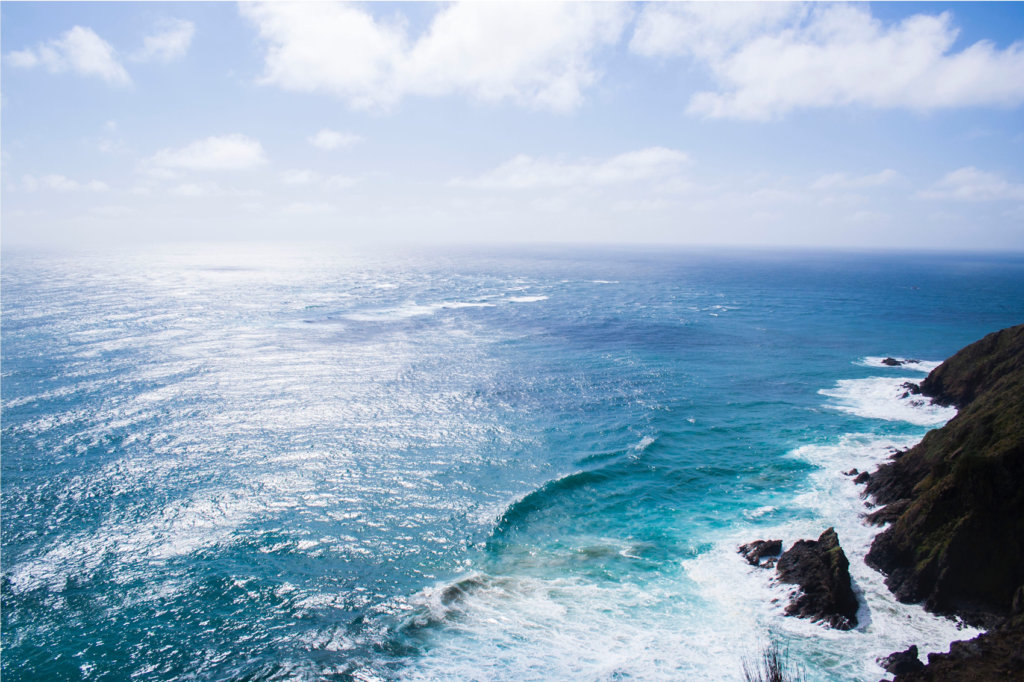 It all leads to this. Photo by Mathew Waters on Unsplash

I’m speaking in metaphors but that’s because I’m not ready to talk about what I’m going through publicly yet. A part of me doesn’t want to fully commit to this path and telling people what I’m doing means just that. Also, so much changes so quickly for me these days. The river current is rough and filled with rapids at the moment. I don’t know how things will shake out.

My spiritual teacher often uses the metaphor of a river and the ocean to talk about the spiritual journey we’re on. How we’re flowing back to the ocean and becoming the ocean. In essence, we’re returning to Cosmic Consciousness and merging with it.

Sometimes the journey is fast and sometimes it’s slow, but it’s inevitable according to my spiritual philosophy. There’s something comforting for me about knowing the general path is laid out, that even if this river changes course, eventually I’ll still wind up in the same place: the ocean.

I don’t know if this post is making much sense, but I want to close with saying we are each becoming more fully our true selves. We are learning and growing and changing. The process can be scary at times, we may be wending our way through the dark, but we’re heading somewhere amazing and becoming who we’re meant to be.