If I had to characterize the mood of last week, I would say “panicked.” In my circles at least, people are freaking out about the upcoming presidential election. It has a life or death tenor to it. On top of that, the coronavirus is sweeping the world and people are freaking out because there’s a literal life or death element. Conferences are being canceled, travel plans have been thwarted. Cities are discouraging nonessential public events. I get it, and as an empath I also feel it. My adrenal glands haven’t felt this taxed in months. What to do about it?

For me, the answer is slow down. When I slow down, I’m no longer in panic or hysteria because the two cannot coexist. Even right now I’m breathing deeply into my belly. I’m noticing the pause between the inhalation and exhalation. And I’m also saying to myself, “I’m here. I’m not going anywhere. I’m not ever going anywhere.” Do I still feel the niggling of fear at the outer edges? Yes I do. But not as intensely as before, and that’s progress. 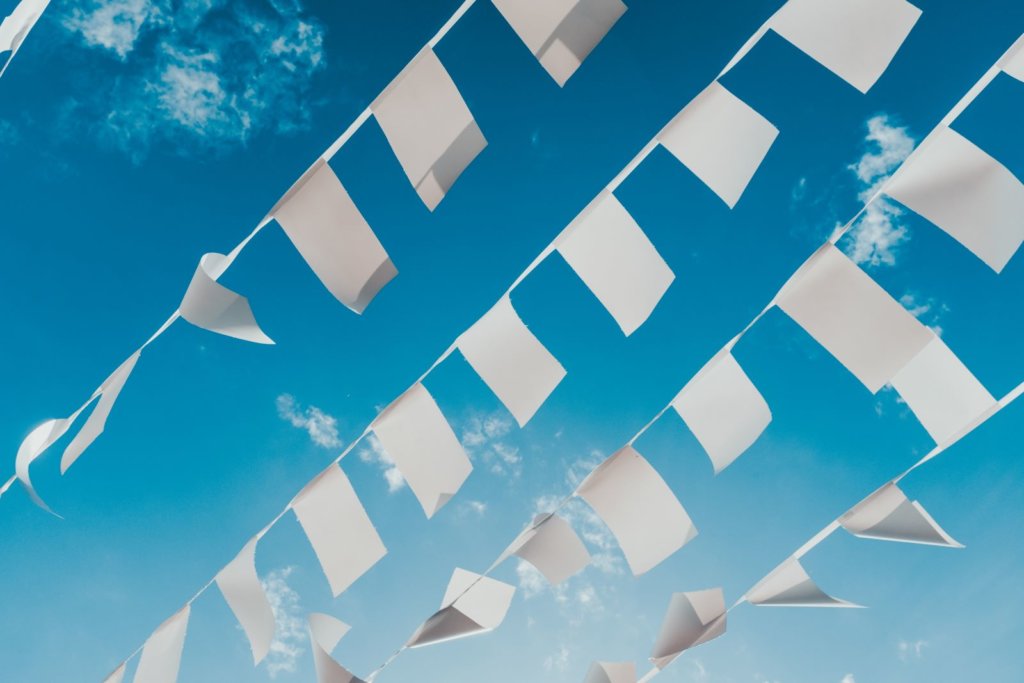 This picture makes more sense after reading the next paragraph because I’m talking about waving the white flag. Photo by Bernard Hermant on Unsplash

I also think about surrender here. To surrender means to stop fighting. For me, that means to stop fighting reality, to accept what is right here and right now with the understanding life can change in an instant. When I slow down and accept reality, I notice what arises is grief. I’m sad y’all. I’m sad about the state of the world. I’m sad that minorities are being treated poorly en masse. I’m sad people are ravaging the environment. I’m sad I’m struggling financially. Panic I think is a way to push aside feelings and instead dwell in the “action” state. If I’m running around like a chicken with its head cut off, then I don’t have to sit with my own fear, anger, or sadness. And if you’re paying attention, there’s much be fearful, angry, or sad about.

I think we’re all looking for a parent. We all want someone to come in and take care of us, to make everything better without effort on our part. Maybe I’m projecting, but it certainly seems that way. There’s an expectation our political leaders will act as good parents, and then when they show themselves to be fallible human beings, we’re disappointed. So the question becomes, who can be the parent we’re looking for? Some people get in touch with their own inner loving parent. Some people turn to God or higher power for soothing. As for me, I’m relying on both. I’m parenting myself and I’m also working on surrendering to something greater than me.

I’ve written about surrender a lot over the years. I wish I could surrender once and be done with it, but that’s not how my life goes. Instead, I’m learning to surrender over and over again. Right now, I’m saying, “OK God. OK.” Those seven letters pack a punch. They’re a simple way for me to express that I don’t know what’s happening. I don’t know what’s best for me. I’m offering it to God. I wish I could be a woman of faith who completely trusts in the universe. I’m crazy envious of people like that, but the reality is I’m not that person. Sometimes I trust in my higher power and sometimes I don’t. And sometimes I’m brought to my knees like with the current situation we’re all facing. I’m doing my part – voting, washing my hands, etc. – but the reality is I’m not in control. All that’s left for me to do is let go. “OK God. OK.”

Previous: All is Provided

Next: Maybe Believing Makes it So