The Time for Revolution Has Come

The other day a close friend remarked as a society we have decided we will do anything to save a human life, which is both true and not true. It’s true that we are physically distancing, that we’re staying at home, that many businesses are closed due to COVID-19 because we want to save lives, but at the same time in the U.S. anyway we’re seeing the total opposite: valuing capital above all else.

Lieutenant Governor of Texas Dan Patrick wants to reopen the state and said “there are more important things than living.” In March, he went on Fox News and said “lots of grandparents” would rather die than see the U.S. economy suffer. Also, senior citizens should “take a chance on survival” for the good of the Dow Jones. He’s not alone – Rep. Trey Hollingsworth, R-Ind., said that deaths due to COVID-19 were “the lesser of these two evils” compared with a failing economy. In some ways he’s right because we don’t know how many people will die because they’re out of work, they’re starving, they’re killed by domestic violence, or afraid to go to the hospital because of COVID-19. It’s a tricky life-and-death balance for sure, but all of it I think speaks to our flawed capitalistic systems.

An article in Common Dreams said whether Americans know it or not, the government is working on behalf of capital. This is evident because the government is prioritizing the health of corporate balance sheets rather than human bodies. We know this because for the most part people are going on unemployment benefits rather than remaining on existing payrolls. We know this because we ran out of federal relief money for small businesses but not big businesses. 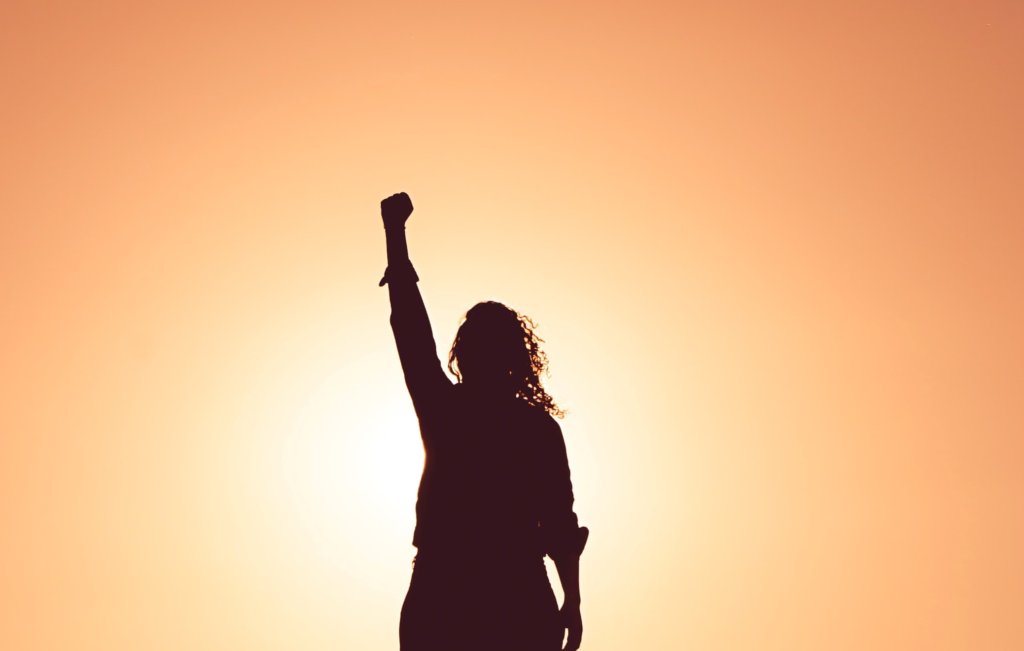 Bring on the revolution! Photo by Miguel Bruna on Unsplash

I keep thinking about something a finance professor at a prestigious university said to me years ago: capitalism requires an economic underclass. In order for capitalism to function, someone has to get the short end of the stick. It seems to me we’re reaching a point where the vast majority of people are in the economic underclass. I want to acknowledge some people are really, really in the underclass. Some people are suffering FAR more than others, but even people who perhaps felt comfortable before the pandemic are feeling the economic pinch now.

I said this to my neighbor a few weeks ago, but I’m reminded of Marie Antoinette, the last queen of France before the French Revolution. It’s a myth that she said, “Let them eat cake” in response to people clamoring for bread, but the sentiment is alive and well. Las Vegas Mayor Carolyn Goodman wants to reopen the city’s casinos, hotels, and stadiums, but when asked if she’d be willing to spend nights on casino floors alongside other visitors, she evaded the question and then replied, “First of all, I have a family.” How very out of touch.

What am I building to here? It seems to me we’re on the cusp of a revolution. How much more suffering do we have to endure before we say enough is enough? My spiritual teacher said, “The inevitable consequence of exploitation is revolution. When the merchants, maddened with excessive greed, lose their common sense completely and forsake their humanity totally, then the opportune time has come [for revolution] …. Revolution takes place when, from the economic perspective, only two classes remain in society: the exploiters and the exploited.”

Sounds to me like we’re there. I’m ready for the revolution y’all. I’m ready for a world that guarantees basic necessities. A world that no longer operates on the false principle that anyone can become rich if they only work hard enough. A world that puts greed in check and limits how much wealth one person can accumulate. A world where we put a stop to exploitation and value living beings for how precious they truly are.