Magic in the Muck

It’s funny how the body remembers things and conjures up memories for us – right now I’m reminded exactly 13 years ago I was in Europe for a New Year’s retreat. I haven’t thought about that trip in years. I think it’s coming up now not only because of the date, but also due to my emotional landscape. I’m in a liminal space where I’ve left something behind, but I’m not yet fully in the something new, which if you think about it encapsulates this year. This is the last week of 2020, which we’re all ready to put behind us, but we’re not yet in 2021.

How does this relate to my trip to Europe in 2007? It was a time of my life when I was so ready to move to San Francisco but hadn’t yet. It was a period I had so much trepidation about the future and no idea how everything would work out, or even if it would. Plus, the trip itself was filled with lots of anxiety as I had numerous “near misses” and “almosts.” I flew into London first so I could travel to the retreat site in Sweden with people I knew. En route to Sweden, first my bus didn’t come when it was supposed to, and then the doors didn’t open at my stop. When I moved further up the bus to the open doors, they shut in my face. That meant I was late getting to the airport and worried I would miss my flight, which would defeat the entire purpose of traveling to London in the first place. 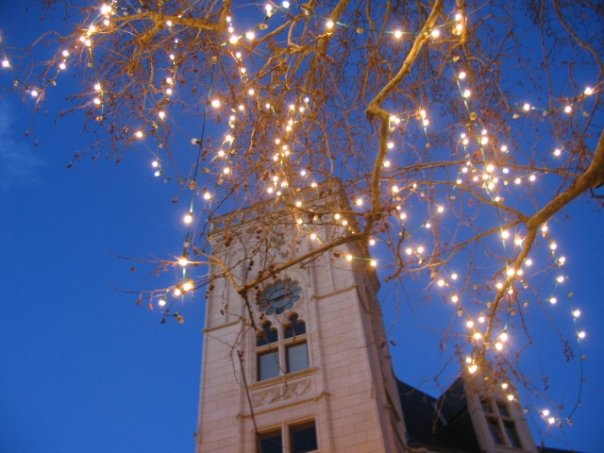 This is a picture of a post office in France. Photo credit: Moi.

I didn’t miss my flight, somehow I made it in the nick of time. Everything worked out. And that was the theme of the entire trip. During the retreat I became ill, but there was an acupuncturist onsite who gave me a treatment. On the way back to London, I traveled alone. I made a pitstop in a Swedish grocery store and went up to a random woman and asked her to translate ingredients into English for me, which she did. I took a side trip to France and had a minute to spare before they closed check in for the EuroStar, which is a train that shuttles people from London to Paris. I stayed with an acquaintance in Paris but she neglected to give me her apartment number and I couldn’t reach her to ask for it, so I literally knocked on every door of the apartment building trying to find her. An apartment building without an elevator, I might add.

According to my spiritual practices, God/the universe/Brahma/Cosmic Consciousness, whatever name you want to use, loves us unconditionally. Wants the best for us. Wants us to be happy, joyous, and free. The God of my understanding is not Santa Claus and doesn’t do things to punish us. Everything happens for our benefit, even the hard stuff. When I look back at my trip to Europe 13 years ago, I know that’s true. Because while this post focused on the hardships, in that trip I learned important things about myself, like I could never live in Europe and that I can navigate a foreign country on my own without speaking the language. Plus, I met people who changed the trajectory of my life.

When I think back to my trip, I’m reminded I can feel afraid and still show up for myself. I’m reminded even when things are hard, I can still muddle through. And that’s a lesson I think we all learned this year.

Next: Living Our Way into Answers