I came across an article the other day I found incredibly inspiring considering what we’ve all lived/are living through. In Australia, for the first time in decades, Christmas bell flowers are blooming in high numbers because of the bushfires that raged through the area in late 2019, early 2020.

The flowers have an underground root structure that allows them to survive fire and then come back quickly to reshoot. However, usually they lie dormant because there’s too much competition from other plants. The fires knocked out the other plants, provided nutrients to the Christmas bell flowers in the form of ash, and now they’re flourishing.

I love this story because so often when it comes to devastation and destruction, in my mind, everything is terrible forever. If a fire has whipped through an area, for instance, I imagine an apocalyptic wasteland ruined interminably. This story reminds me that’s not true, literally. Certain plants only grow because of fire. And furthermore, something beautiful can come from something tragic. That’s not to say I ever wish for tragedy, because I don’t, but it’s heartening to know the world has a way of rebalancing. Perhaps humans do as well. 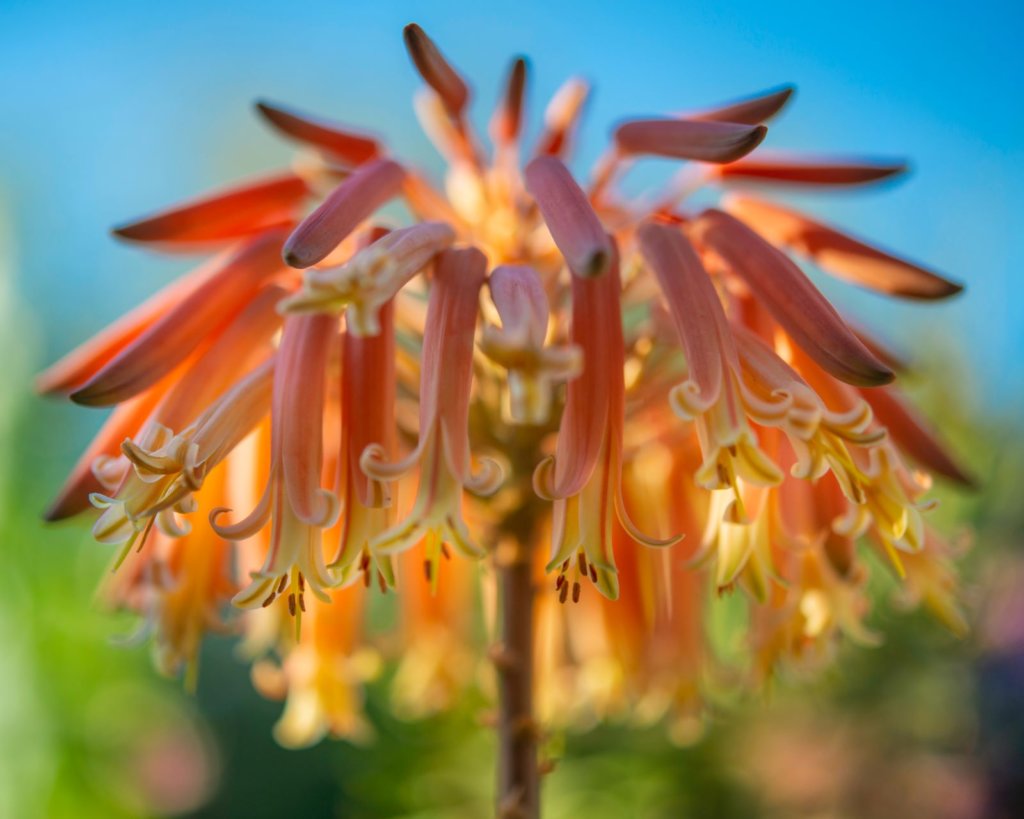 These are NOT Christmas bell flowers — I couldn’t find a copyright-free version of those. However, these flowers are a close approximation. This is a Tiger tooth succulent plant. Photo by Cristina Anne Costello on Unsplash

Speaking of humans, the past 10 months has been rough on us all. I see the events on January 6th as a continuation of that. However, I want to emphasize the good that’s come in the arena of politics in general. Georgia voters were so fired up they turned out in record numbers — 3 million voted ahead of the election on January 5th, more votes than have ever been cast in a Georgia runoff race, according to Bloomberg news. Also, as you likely know, the general election in November saw record turnout as well – close to 160 million people, which is 66.7% of eligible voters, according to CNBC news. For context, that’s the highest voter turnout since the presidential election of 1900.

I find it inspiring that instead of being passive players, people are demonstrating they actually care about what happens to the U.S. They care about who’s in power in numbers they haven’t in 120 years. That’s pretty cool.

I’m also curious as well as excited about the potential change coming at us, as I consider things from an astrological perspective. Right now, Saturn is in Aquarius and what happens during that transit is great change, political reform, and new waves of social structure. “Law reformation, innovation in technology, civil acts, social justice, major natural storms, and the dismantling of long-held beliefs start when Saturn is in Aquarius,” writes astrologer Anthony Perrotta.

For perspective, FDR’s New Deal and the Social Security Act happened while Saturn was in Aquarius. So did the Civil Rights Act of 1964 and the end of Apartheid. What will this period bring? Socialized medicine? Environmental protection? Laws on income inequality? Just like the Christmas bell flowers in Australia, it might be something beautiful.

Previous: Living Our Way into Answers

Next: Living in a Hallway