Who Gets to Decide What Justice Entails?

As we celebrate Dr. Martin Luther King Jr.’s birthday here in the U.S., I keep thinking about one of my favorite quotes of his. There are many because the man was an eloquent speaker, but in 1963 he said, “Injustice anywhere is a threat to justice everywhere. We are caught in an inescapable network of mutuality, tied in a single garment of destiny. Whatever affects one directly, affects all indirectly. Never again can we afford to live with the narrow, provincial ‘outside agitator’ idea. Anyone who lives inside the United States can never be considered an outsider anywhere within its bounds.”

It’s an interesting concept, and one that continues to be relevant, this notion of “outsider” and how we apply justice to anyone we perceive to be an outsider. Did you know it’s been 20 years since the first detainees arrived at Guantánamo Bay? And that those prisoners were subjected to torture? Only 39 prisoners remain and more than a dozen of them have yet to face charges. They have been dubbed “forever prisoners” by some Democrats. The cost of operating the prison is about $13 million per prisoner every year, according to a Business Insider article! Are you freaking kidding me? I could think of a lot of better uses for $13 million per person. 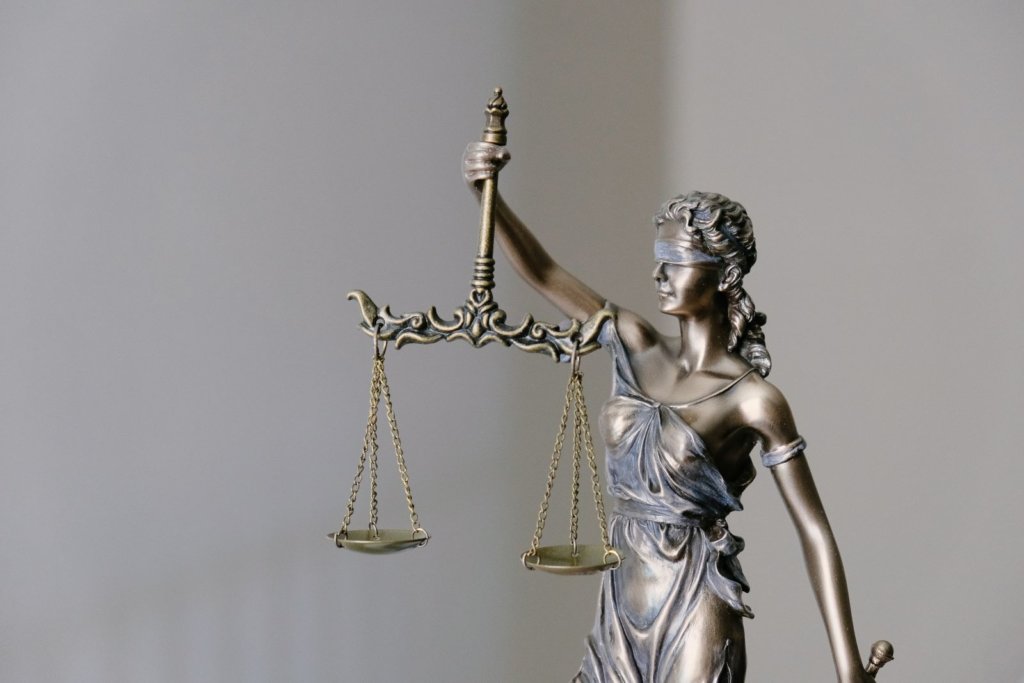 Justice is supposed to be blind, but is it? Photo by Tingey Injury Law Firm on Unsplash

And even if you’re saying, “Yeah but they’re terrorists! They need to be held captive!” The cost to house a single prisoner in California is more than $75,000, according to the LA Times, which is still more than a year at Harvard. Clearly there’s a lot of injustice, a lot of mismanaging funds, and yet a small group of people continue to let incidents like these occur.

It brings to mind an excellent article I read on LitHub by Rebecca Solnit posted in 2018 about how there’s a myth surrounding the “real” America. She wrote:

“[I]n the news and political life, we’re still struggling over whose story it is, who matters, and who our compassion and interest should be directed at.

“The common denominator of so many of the strange and troubling cultural narratives coming our way is a set of assumptions about who matters, whose story it is, who deserves the pity and the treats and the presumptions of innocence, the kid gloves and the red carpet, and ultimately the kingdom, the power, and the glory. You already know who. It’s White people in general and White men in particular, and especially White Protestant men, some of whom are apparently dismayed to find out that there is going to be, as your mom might have put it, sharing. The history of this country has been written as their story, and the news sometimes still tells it this way – one of the battles of our time is about who the story is about, who matters and who decides.”

Precisely. So much of justice and injustice is tied to who matters and who decides. If Black people don’t matter, then it’s fine to kill them in the streets. If terrorists don’t matter, it’s OK to torture them. But who exactly is deciding they don’t matter? And why is that those people are in charge? The reality is the White population in the U.S. is declining and other races are increasing. Where I live, the majority of people are not White. To my mind, that means decisions being made about policies and procedures should take into account that diversity, should recognize this country belongs to everyone who lives here. In essence, to bear in mind what Dr. King mentioned so long ago: that injustice anywhere is a threat to justice everywhere.

Previous: What to Do When You Have a Feeling

Next: We are Not Robots