I’m recycling this post from November 2009 so a lot has changed in my life since then but I think the message is still a good one. Enjoy.

There is a quote that says, “Even if a young boy says something logical, it should be accepted, and if the Supreme Creator says something illogical, it should be rejected as rubbish.” It’s a good point. As a friend says, the truth has a ring to it. There’s a resonance when someone speaks the truth and that can come from any source, including yourself! However, before this week I really wanted to follow someone blindly. I wanted to be shrouded in ignorance and let someone else discern the truth for me. I wanted to be led and not have to worry about anything. I wanted someone else to know all the answers and to just tell them to me.

As a child, the people I followed blindly were my parents. It was painful when I learned my parents are indeed human and thus make mistakes. After I learned I couldn’t follow my parents blindly I turned to spiritual teachers. Spiritual teachers must know everything and thus I can accept whatever they say, right? The thing is, the spiritual teachers who encourage blind faith, who encourage their followers to never question anything, have a tendency to be the “drink-the-Kool-Aid” variety, meaning the kind that swindles people or abuses them. Yet, a part of me really wanted that. Not the abuse, but rather really wanted someone else to come along and fill my brain so I didn’t have to think at all. 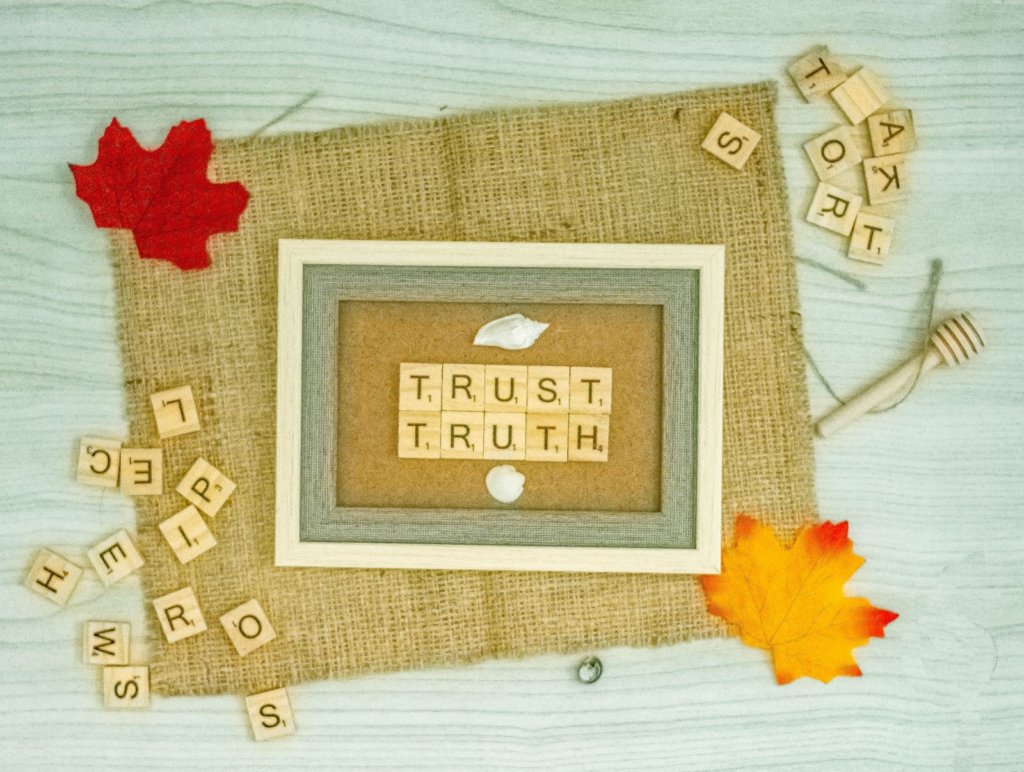 Trust your small truth. Photo by Alex Shute on Unsplash

I don’t know for sure why people join cults but I think it might be so they don’t have to discern anything for themselves. It’s so tempting to surround one’s self with someone who speaks with conviction and confidence. Someone who claims to know all the answers. Someone who talks about the future and seems to know things. It’s so easy to fall into the trap of, “So and so said” to give authority to a statement. “Well, if so and so said it, it must be true!” I think most people long for an ultimate authority, an ultimate truth, and that’s why people quote sacred texts like the Bible or modern sources like Google.

I am no different. But this week I painfully learned no person speaks the Truth for all people at all times. The guiding principle I must rely on is my own higher self. If I think something is wrong, then it’s wrong for me. No one else has all the answers because everybody is just trying to figure out things for themselves. Besides the fact, as far as I know, all spiritual faiths say divinity resides within. How can I truly honor that notion if I think someone else will be able to tell me how to run my life? Or that someone else knows better than I do what’s in my best interest?

The entire point of the spiritual path is to find God within me, and that means looking to myself for answers. It means tapping into my higher power to learn my own Truth. It means living awake, it means discerning for myself what is in my best interest and what is not. It means trusting myself and also taking what other people say with a grain of salt because I recognize there is such a thing as a small, personal truth and that varies from person to person.

Previous: Joy is Our Birthright