Back in November, a friend told me, “There will always be an invitation to the fear party, but you can decline.” Lately, I’m reflecting on how not only is there a perennial invitation to the fear party, but also the grief party and the trauma party. There are endless opportunities for me to worry about X, to grieve about Y. Some of that is warranted, emotions show up for a reason, but some of it is needless suffering.

I’m reading a new book about intergenerational trauma and the author, Rabbi Tirzah Firestone, mentions that some people with trauma in their background have tremendous guilt that they didn’t do more to stop the terrible thing from happening. Like they should have fought back against an attacker, or run away, or whatever. I burst into tears when I read that because I’m quite familiar with second-guessing myself and playing “what if” games. Because of the trauma, a part of me also thinks if I’m hypervigilant enough, I can prevent something from happening. If I’m tracking all the sights, sounds, and other cues around me, then I’ll be safe.

This ties into family trauma because there is a part of me keeping watch for Nazis coming to get me. I’m on the lookout for threatening people and situations, which is an inheritance from my grandparents. They were deeply scarred from the Holocaust and as a sensitive descendent, I’m carrying that load. That means I carry fears that aren’t really mine because I don’t recognize I’m in this body, this life, this time. 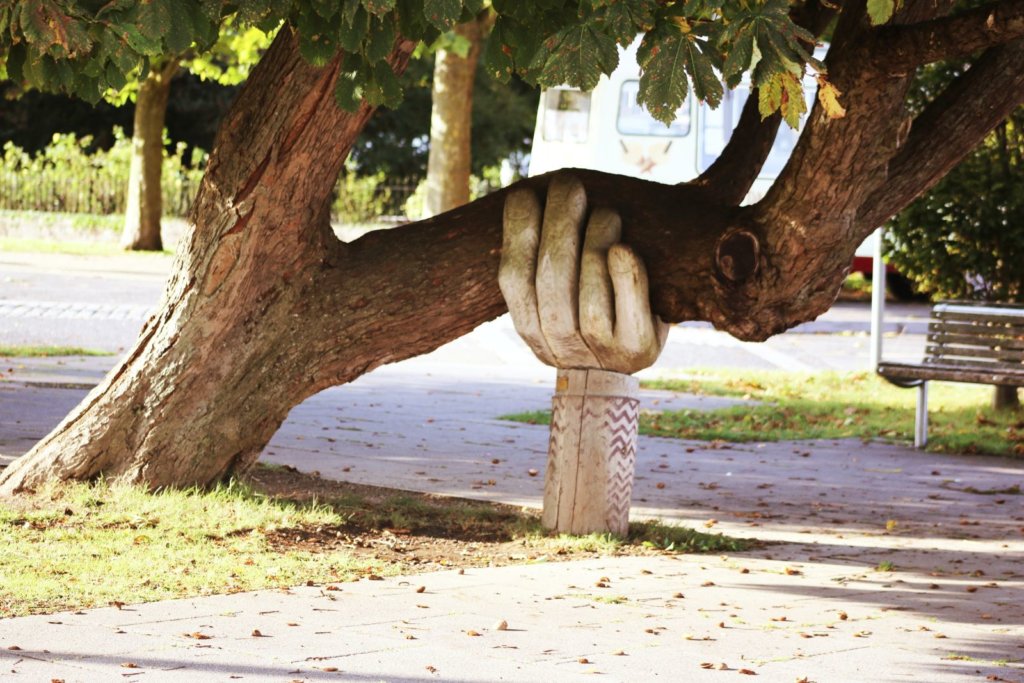 This image came up when I searched for “support.” Photo by Neil Thomas on Unsplash

I had a scary, traumatic situation happen the other week that shook some things loose in my psyche. I don’t want to share the details online, but in broad strokes, my sense of safety was disrupted. I wasn’t in any actual danger but it felt like I was. To give you an idea, the police were involved. And because I was so scared, I called a friend in Australia because I knew she’d be awake as it was late in the evening California time. She asked me what would restore my feeling of safety and the answer was, “Not sleeping here tonight.” So I didn’t. I called another friend, stayed at her place, and then another friend offered her place for multiple nights if I needed it. During that time away, I met up with still more friends for a walk and dinner. In short, lots and lots of support showed up for me.

Now that the dust is settling, I’m processing the experience with my therapist but also noticing the hypervigilance hasn’t changed. In fact, it’s gotten worse because I’m not reminding myself of what actually happened or how I took care of myself. It’s important for me not to discount that when I needed help, it showed up immediately. I had people to talk to, places to go, and tools in my toolbox like qigong, EFT, yoga, meditation, journaling, etc. In other words, I did not and am not experiencing what my grandparents did, which was a hard scrabble to survive using only their wits.

Instead, I have choices. I have options. Yes, we’re experiencing a surge in antisemitism along with so many other attacks on minorities, but I have friends all over the world who would gladly take me in if I needed shelter. I have a global community that my grandparents did not have. In other words, what happened to them won’t happen to me.

There will always be an invitation to the trauma party but I can decline. I don’t have to reenact or hold on to family patterns because I can instead embody myself in this time in this world in this situation. I’m not powerless, I’m not helpless. The world will always have threats, that doesn’t change, but I’ve changed. I’m different and that’s something I can hold on to and maybe the same is true for you.