In yoga there is a concept of santosha, or contentment that I’ve always struggled with. I am rarely content with what I have and am usually focused on what’s next as opposed to what is. This week I had two interactions that brought some perspective.

When I flew back to the West Coast a couple of Saturdays ago, I started chatting with the guy next to me. I asked him if he liked where he lived and the answer was, “No.” When I asked him why he’s lived there so long he said because of his job. In that moment, I felt a swell of gratitude and contentment. 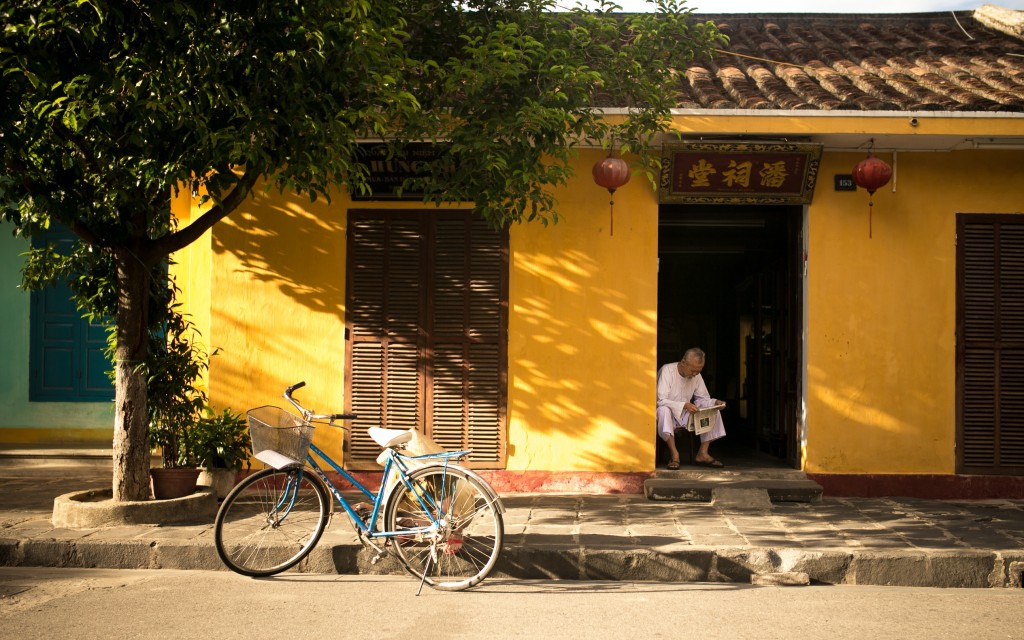 So, I know I’m inferring some things, but this guy sure looks content!

My gypsy lifestyle is not without its challenges (hello moving more times than years I’ve been alive), but the one thing I will say is if I’m unhappy in a place I’ll move. I’d much rather take a chance on an uncertain future than a discontented secure one. I love that about myself. I appreciate the fact I’m willing to take a risk, to do the scary thing, in the hopes it will pay off.

In this same conversation, my seatmate asked me if I traveled much. My curt reply was, “Yes.” It got me thinking about all the places I’ve been lucky enough to see in my life. Usually I’m comparing myself with others and coming up short. I’ll think to myself, “Yeah, I’ve traveled a lot, but I haven’t traveled as much as so-and-so,” or, “Yeah, but I haven’t been to _____.” I’m constantly striving ahead instead of being content with what I have. In that reflective plane ride, I felt appreciation for the places I’ve seen, and the places I’ve lived.

A few days after I arrived, I got my haircut. The hairdresser started telling me about her life and I was again amazed to hear about someone’s life that is so different from mine. She’s 23 and has never lived anywhere else. She’s barely left the state. She also told me about her sister, who is close to my age, and has the sort of life I thought I would have at 30: married, owns a house, possibly babies in the future. Her sister also hasn’t left the state or lived anywhere else. In that moment, I peeked into the life of someone else and found that in fact I am content with my own.

What I am getting at here, perhaps poorly, is that so often I look at what I don’t have, how my life doesn’t look the way I think it should, and I forget to remember what’s great about it. And I don’t mean the things we’re all grateful for – a place to sleep, enough to eat, great friends – I mean the character traits I possess, the way I choose to live my life. I see possibilities of other ways of being and I feel content because despite everything, life is pretty good.

Previous: What is “The Truth”?

Next: Just as Green