The Squirrel and the Monkey

I’ve been struggling a lot this week with “not enough” syndrome. I don’t feel like I’m doing enough in the world, that I’m not helping others according to my capacity, and furthermore, what work I am doing, I pooh pooh as insignificant.

As you know, my skill and talent is writing, but when I look around at me at all the work that needs to be done in the world, it feels like being a writer is useless. I’m not a policymaker or a politician or a doctor. I’m not doing anything concrete to end poverty, for instance, and I hate it.

I spoke with a friend about all this and he reminded me the gifts I’ve been given are gifts. I have them for a reason and it’s important to use what I have. So no, I’m not a doctor or a politician or social worker, and that’s OK. We all have a part to play to contribute to the whole. 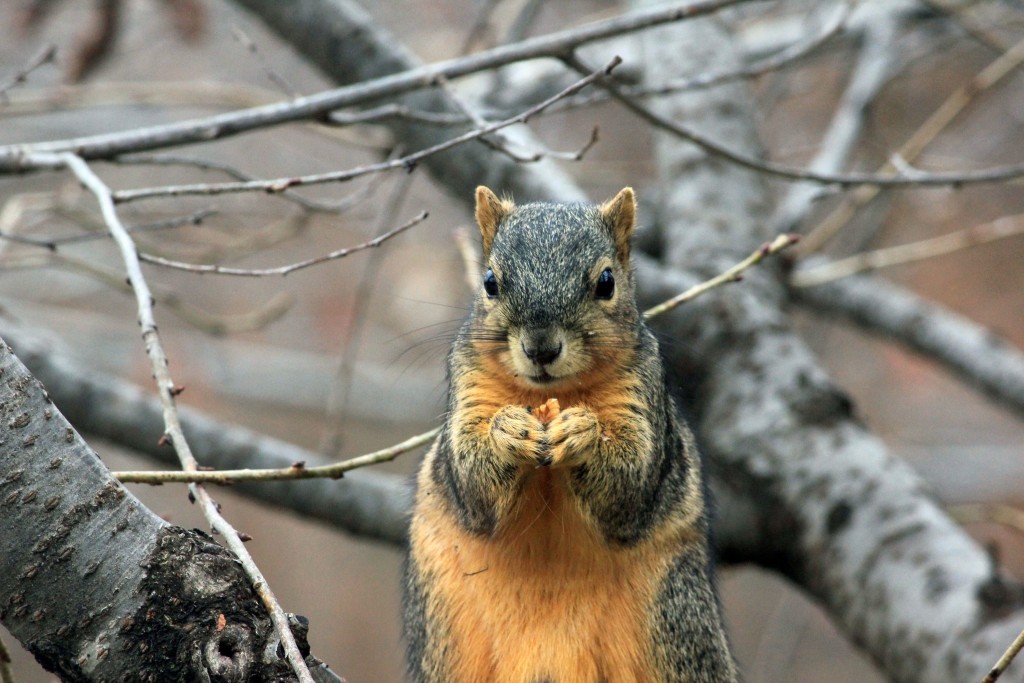 I’m reminded of the Indian epic the Rámáyańa, but there are stories like it all over sacred texts. During construction of a bridge, the big monkeys carried large stones while the small squirrels brought only tiny grains of sand. My spiritual teacher says, “Is there any difference between the carrying of tiny grains of sand by the squirrels on the one hand and the carrying of a whole mountain by [the God] Hanumán on the other? Both are equally valuable. You may be a small entity like a squirrel, but your existence is in no way insignificant.”

I think I need to tattoo that to my face. I get so caught up in the comparison game, often called “compare and despair” by my recovery friends. I compare myself to what other people are doing and always come up short. I am the squirrel looking at the monkeys saying, “Look at the big rocks they’re carrying! Ugh. I wish I could carry big rocks.” I’m not honoring my contribution of small grains of sand and that’s what’s important – not how large my contribution is, but whether I’m contributing at all. It’s so hard for me to say that because, as I said earlier, I suffer from “not enough syndrome.” I feel like I could be contributing more, and maybe that’s true, but in the moment, my capacity is not all that large. My health isn’t amazing, so no, I can’t do as much as I could before, but maybe that’s OK.

What I’m getting at here, what I’m trying to convince myself of really, is that the important thing is I’m doing something at all. Am I working to my capacity? If so, then I can let myself off the hook for not carrying the big rocks. Because again, a squirrel is just as important as a monkey in the construction of a bridge.

Next: We are What We Seek