Something is Better than Nothing

Many things are on my mind and heart right now. Watching Australia burn, I feel powerless and scared. It’s destruction of epic proportions and my heart breaks for the people and animals affected by the fires. I also feel powerless and scared as I watch President Trump’s aggressive actions toward Iran. What really freaks me out is that neither he nor many of those in power seem to care one iota what the vast majority of Americans want. He’s hellbent on marching toward war in order to stay in power.

The whole thing makes me want to burrow under the covers and tune out the world. In fact, I did a little bit of that today – I stayed in bed two hours after I woke up meditating, reading, and endlessly scrolling through facebook and instagram. The book I’m reading, Maybe You Should Talk to Someone, is by a therapist who realizes she needs therapy herself. In it, Lori Gottlieb writes numbness isn’t absence of feeling, it’s overwhelm at having too many feelings. That’s sure the case for me.

Where do I, or we, go from here? How do I navigate the deluge of information and emotion spewing my way? Chani Nicholas, an astrologer I follow, said: “We maneuver around despair by focusing on the little wins, the quality of our connections, and the blessing of second chances after we’ve made a mess of things. We have to live out our potential, our dreams, and our destinies one caring act at a time. Like our life depends on it. Like our future is waiting for it. Like it is what we were born to do. Anything that derails us from this aim doesn’t deserve access to our days, nights, or rituals.” 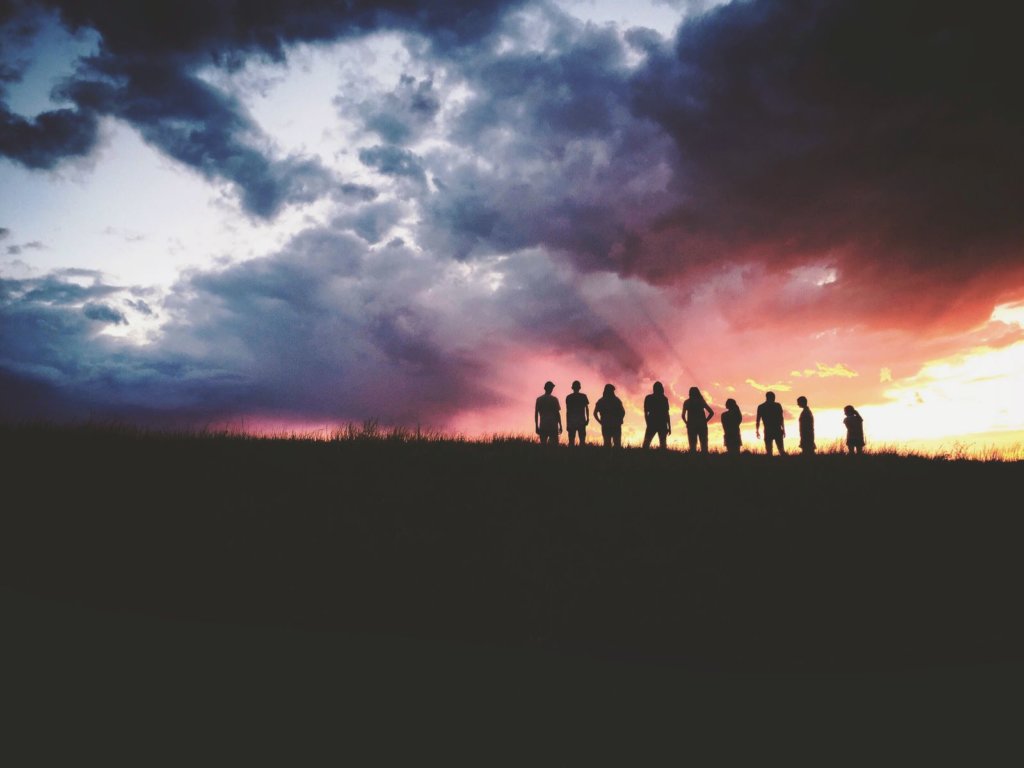 Little by little adds up to something, and something is better than nothing. Photo by Hudson Hintze on Unsplash

Little wins. Right now the majority of people around me are caught up in the fervor of the new year – excited for a fresh start, amping themselves up with resolutions and intentions and things they’re claiming for this year. People are making plans, envisioning how they want their lives to go. Awesome! As for me, I’m reminded I can start over at any time. It doesn’t have to be the new year or a Monday or even the morning to start fresh. I can start my day over at 10 p.m. on a Tuesday. This year I’m retreading my goals from 2019 – the ones I put on the back burner because I chose to focus on other things, rightly so. For instance, I opened a retirement account for myself. I’m not sure I’ll be able to contribute much every month, but I decided something small is better than nothing. And at this point, it’s important for me to just start, even if I don’t wind up where I’d like to be.

That mindset feels like the wisest thing I can share right now: just start. Will my $10 donation to a firefighter unit make a vast difference in Australia? No, but my donation plus your donation adds up to something, and something is better than nothing. Will I single-handedly be able to stop a war with Iran? No, but my voice plus your voice still matters, and even though I don’t have a lot of faith in many politicians right now, it’s still important for me to try.

I’d like to end with a quote from my spiritual teacher. He says, “There are some people who are pessimistic. They say that the society around us is very bleak … Pessimists say this because they have never made any detailed study of human history, nor do they care to. Had they done so, they would certainly be optimistic, because if they had looked carefully at the symptoms of pause, they would have realized that significant preparations were being made for the subsequent phase of speed. So under no circumstances should human beings be pessimistic. That is why I am always an incorrigible optimist, because I know that optimism is life.”

It may seem naive and foolish to be optimistic right now, but for me also, optimism is life. I don’t function well without optimism and what the world needs from me and from all of us right now is function. We need as many high-functioning people as we can get, and if that means being optimistic, if that means celebrating little wins, if that means focusing on the quality of our connections, so be it.

I dream of a world where we realize something is better than nothing and we act accordingly. A world where we celebrate small wins and keep putting one foot in front of the other. A world where we do whatever it is we need to do to make it through challenging times in a way that’s loving and caring for all living beings.

Next: Flowing around Obstacles