Right now it’s Hanukkah, which is a holiday I celebrate because I’m Jewish. There’s a part of me that feels nervous publicly stating I’m Jewish given the current rise of antisemitism. But then I remind myself people already know I’m Jewish. I’ve never hidden that before so why would I start now? And in fact, that’s precisely the story of Hanukkah.

Some people think of Hanukkah as the “Jewish Christmas” because hello, we live in a capitalistic culture so it’s all about the gifts, right? Other people vaguely know Hanukkah as a celebration of oil lasting for eight days. That legend was tacked on later to make Hanukkah seem more miraculous. In actuality, Hanukkah is the celebration of people unifying against oppression and winning.

Judah and the Maccabees revolted against Syrian King Antiochus who enacted a series of harsh decrees against the Jews, including forcing them to give so much of their crops to the Syrian ruling class, the Jews had trouble feeding their families. Jewish worship was forbidden; scrolls were confiscated and burned. Sabbath and the dietary laws were prohibited under penalty of death. The small group of Jewish rebels fought against an army of thousands of men and won. How did they win? According to my rabbi, Michael Lerner, they won in part because they believed there is something about the universe that makes such struggles winnable. 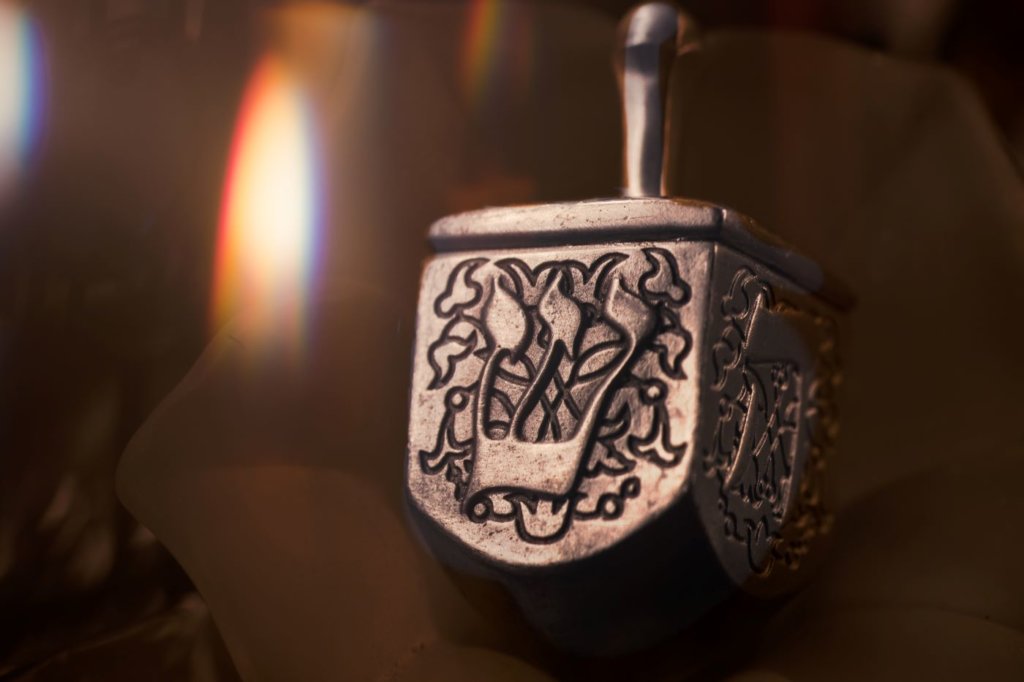 In case you didn’t know, this image shows a dreidel. It’s used in a game Jews play on Hanukkah. Photo by Robert Zunikoff on Unsplash

“Hanukkah is not just about having a response to the consumption craze around Christmas, it is about affirming a different worldview, a hopeful worldview. [It’s] about replacing cultures of domination with a culture of love and justice,” Rabbi Lerner wrote. “[Hanukkah is also about] recognizing that alternative is not yet fully articulated in the Jewish world and needs all of us to make it clearer not only to the larger world, but to our own communities, synagogues, and Jewish organizations.”

This Hanukkah I’m reminded of what it means to be Jewish: to struggle and to overcome. To be a minority fighting for justice. To join other minorities in doing the same. This Hanukkah I’m also reminded we can win. It seems grim or even impossible that we can wrest power from the wealthy elite hellbent on destroying us all for their own gain. It seems daunting to dismantle racism, sexism, homophobia, and other prejudice, but it can be done. A small but mighty few can accomplish just that.

To paraphrase my spiritual teacher, the strength of five good people is more than the united strength of a hundred immoral people. It also echoes the famous Margaret Mead quote: “Never doubt that a small group of thoughtful, committed citizens can change the world; indeed, it’s the only thing that ever has.” Let’s continue to be thoughtful, committed, organized citizens changing the world. Let’s remember battles that seemed unwinnable have been won, and in fact, that’s what Jews across the world are currently celebrating.

Next: Something is Better than Nothing