Being the People We Want Others to Be

I’m upset right now. I’m upset by callousness, by selfishness, and the expression of various -isms (racism, classism, antisemitism, etc.). It hurts my heart to hear people say things like, “All homeless people should be euthanized for their own good,” or “I don’t care if other people suffer because I’m fine.” Someone on my Facebook feed even said, “I don’t like Jews. They’re not trustworthy.” As a Jewish woman, that one in particular hit home.

I’ve literally cried about all of these statements. I have so much grief that people can be this mean. My first impulse is to argue, to point out statistics and news articles that counter the person’s point of view. However, as you likely already know, that doesn’t work. That’s why there are so many memes about how arguing on the internet accomplishes nothing. If anything, once you start arguing with someone, they only become more entrenched in their point of view. 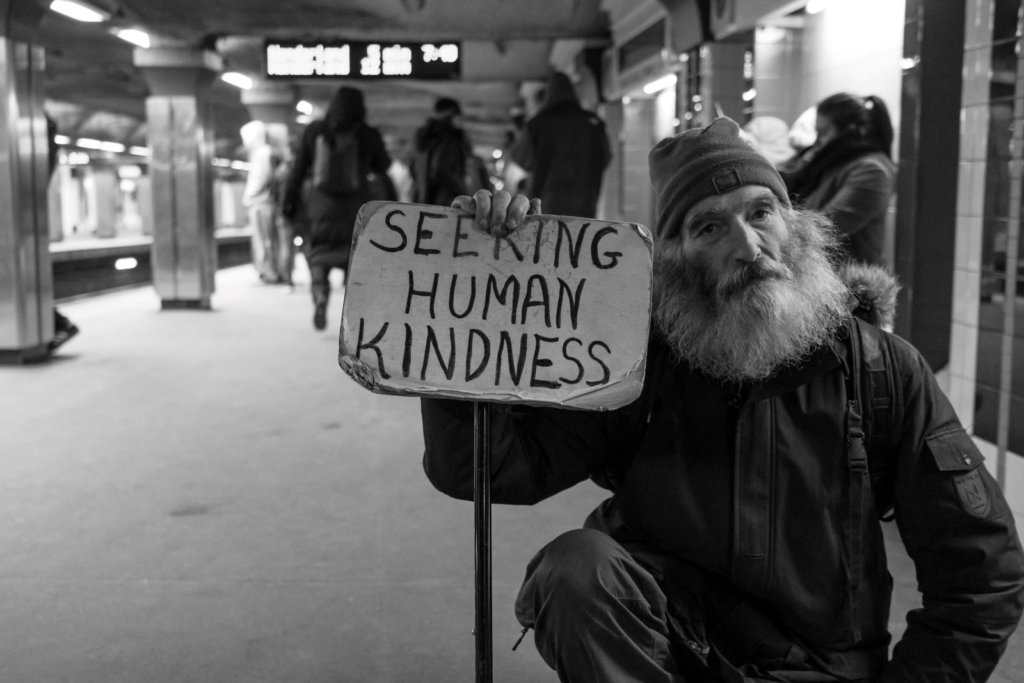 I’m seeking this too. Photo by Matt Collamer on Unsplash.

I brought all of this sorrow to my meditation, holding the question, “What can I do about all of this?” and the answer that came back was the peace prayer that is often misattributed to St. Francis. I’m sharing it in full here:

We see that this sentiment works. It’s the story of former KKK Grand Dragon Ken Parker who left the group after repeated encounters with people who he used to consider his enemies. It’s the story of ex-KKK member Chris Buckley who befriended Dr. Heval Kelli, a cardiologist, civil rights activist, and oh yeah, a Muslim.

It’s also in line with my spiritual philosophy. My teacher said genuine love for humanity is the only way to solve problems great and small.

“This love will give people guidance; it will show them what to do and what not to do,” he said. “It is not necessary to study great numbers of books or to rely upon those who speculate with the future of the silent masses. The only essential requirement is to look upon humanity with genuine sympathy.”

That feels both easy and difficult right now. I have lots of sympathy for marginalized groups, but not so much for people who are antisemitic, for instance. However, I know that people who have been hurt themselves hurt other people. This woman who said Jews aren’t trustworthy is also coming from a place of wounding, and me railing against her will only calcify her opinion that Jews are terrible. The best thing I can do for anyone is continue to love them, to show them kindness, and remind them we aren’t so different after all.

Previous: The Tao of the Succulent