The Tao of the Succulent

Maybe a month ago, I noticed one of my succulents had a wilted leaf. I tugged it off and instead of merely removing the leaf, I managed to tear the stem of the plant nearly in two. As you can see in the picture below, this succulent started leaning like the Tower of Pisa. I propped a piece of cloth under the repurposed jar housing the succulent to force the stem halves to touch. I hoped the contact would encourage the stem to grow back together.

Look at how this is leaning! And those roots!

I’ve been watching this succulent like a concerned mother hen, tracking any and all changes. Recently I noticed a root growing out of the ripped stem, dangling in thin air, which you can also spot in the picture. If that wasn’t enough, the place where I pulled off the wilted leaf is now growing a whole new succulent rosette. I’ve posted a picture of that below.

The new rosette is hiding a bit but you can still see it.

Usually when I think about resilience, I picture band aids and casts. That is, covering and supporting the wound and moving ahead, even if it’s a little more difficult. Or I imagine a dented car – it still runs, but doesn’t look as pretty. But this succulent is encouraging me to reframe resilience. Maybe resilience can mean not only surviving, but thriving. The little baby rosette would never have appeared if I hadn’t made space for it by removing a leaf. 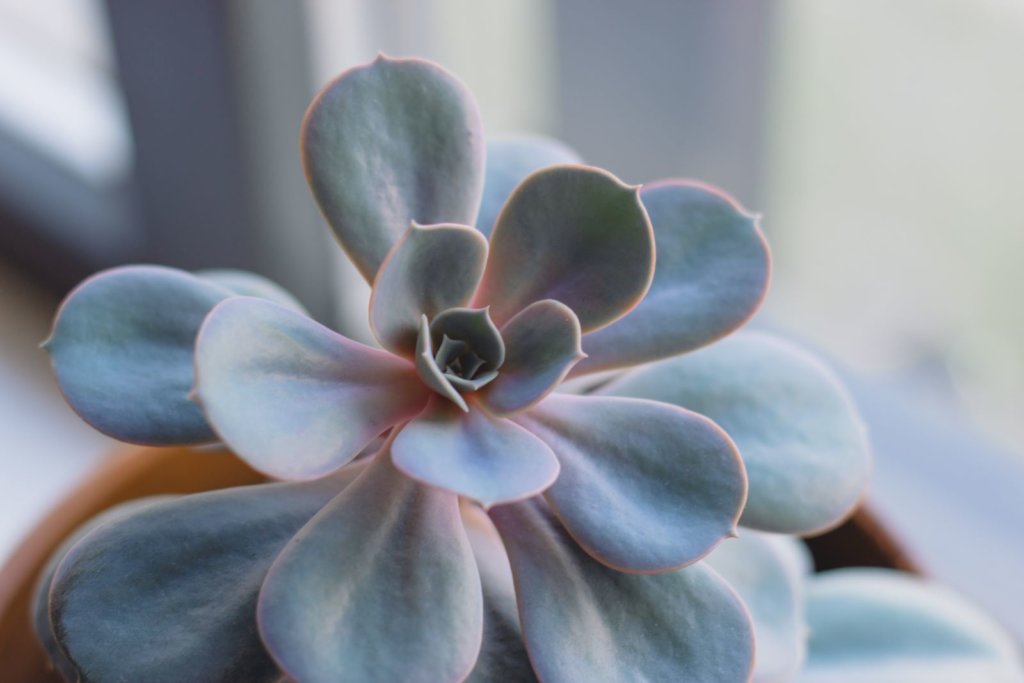 One more picture because it’s pretty. Photo by Alex Holyoake on Unsplash

It has me wonder, what is COVID-19 making space for both individually and collectively? What is happening right now that otherwise would not? Friends of mine are writing more, starting standup comedy routines, growing gardens, connecting with their neighbors. They’re moving their businesses online and making more money than they did before the pandemic. Some of these occurrences are rare, I acknowledge that. Not everyone is making more money now than they did prior to the pandemic. But even people who are struggling, are they connecting to people they otherwise would not have?

As a society, what changes will occur as a result of this pandemic? Starting this month in Paris, some of the city’s busiest streets will be reserved for cyclists to limit crowds on public transport. Some streets will be pedestrian-only. And it’s not just Paris – some Paris suburbs are announcing plans for bike lanes as well. The mayor of Paris wants the changes to become permanent, which could do a lot in terms of air pollution for the city. I would argue that’s an example of thriving as a result of COVID-19 and not merely surviving. What else could change for the better?

Next: Being the People We Want Others to Be