What Motivates People to Change?

I realize Juneteenth has come and gone but I keep thinking about an article I read by Robin Washington where he said Juneteenth has been whitewashed. The tale we’ve been told is Union soldiers arrived in Galveston, Texas, on June 19, 1865 to inform enslaved African Americans they were free. As if they didn’t already know. However, historian Gregory P. Downs has firsthand accounts from people demonstrating they did know. Galveston’s Blacks knew they were free and so did their slaveholders, who nonetheless kept them in bondage using brute force.

That means General Gordon Granger didn’t read off from a scroll and let slaves know they were liberated. No, Granger and his soldiers let the slaveholders know the slaves were liberated – at the barrel of a gun. They used force to say, “Let these people go.”

One of the reasons this article has stuck with me is because it illustrates what motivates people to change. So often I think we as a society want to believe that if people only knew the truth, they would change out of the goodness of their hearts. If people only knew that by purchasing products made with palm oil, such as shampoo, cookies, peanut butter, microwave dinners, and more, they are contributing to the extinction of orangutans, they’d stop. (Side note: Palm oil has many names like “stearic acid” and “sodium lauryl sulphate” so it could be hiding in your products and you wouldn’t know.) And it’s true that sometimes informing people does move them enough to change their behavior. 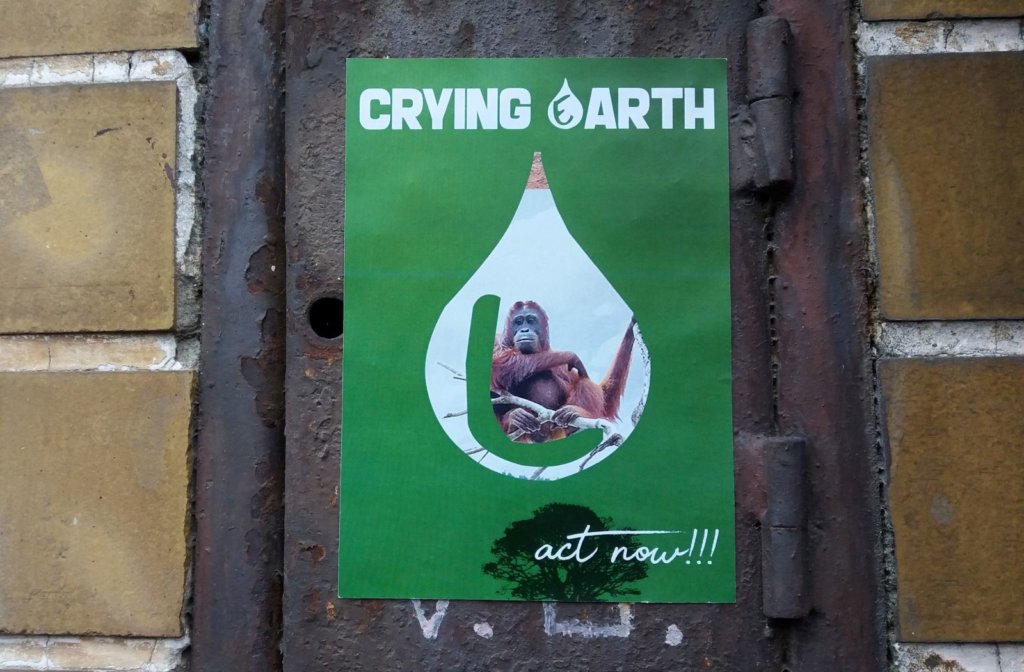 Will you help the orangutans? Photo by Marija Zaric on Unsplash

For instance, a friend of mine became vegan after watching a couple of documentaries. Up until that point, she didn’t put it together cows are raped and separated from their young in order to produce milk. She didn’t think about how cows, pigs, and chickens have personalities and consciousness like her dog does. She didn’t know the animals she ate screamed out in pain as they were slaughtered. But when she learned more, she changed her eating habits. However, not everyone is like my friend.

Some people know the truth and are still unwilling to change because it’s too hard, too complicated, too whatever. Some people, like the Civil War era Galveston slaveholders, will maintain the status quo until someone else forces them to change.

I think that’s why my spiritual teacher is not a pacifist. He says, “In all actions of life whether small or big, the unit mind progresses by winning over the opposing trends. Life develops through the medium of force.” Later on, he says, “In the absence of the ability to resist evil and also in the absence of an effort to acquire such ability, declaring oneself to be nonviolent with the purpose of not admitting all these weaknesses before the opponent may serve a political end, but it will not protect the sanctity of righteousness.”

My spiritual teacher cares about protecting the sanctity of righteousness, about making life better for everyone, and so do I. Does that happen sometimes through petitions, boycotts, and protests? Yes, absolutely. But sometimes that also happens at the barrel of a gun and I think it’s important for us to recognize that. I’m not encouraging everyone to go out and buy a gun, rather I’m saying force has its place in the world, if it’s used wisely and used for the benefit of all.

Previous: The Price of Convenience

Next: When the Universe Doesn’t Give You What You Want