Seeing Things as They Really Are

A few days ago, I visited Mount Rainier National Park for the first time with my parents. Doing so, now I understand the hype about the Pacific Northwest in the summer. It was gorgeous – the mountain views, the lakes, the wildflowers. It took my breath away (sometimes literally as I huffed and puffed up the mountain).

I noticed as we drove back to Seattle where my parents live, I felt sad and a little disgusted. We went from mountains in the distance to skyscrapers. We traded in wildflowers dotting the landscape to shopping malls. After so much beauty, my nervous system started reeling and I wanted to make civilization and cars “bad” or “wrong” while trees and wildflowers were “good” or “right.” Except, how does that serve me?

I know these days our society is all about polarization as well as black and white thinking. You’re either right or you’re wrong. You’re either sane or delusional. We keep speaking in absolutes but that’s not reality. Reality is nuanced. You can be a little bit right and a little bit wrong. In the case of civilization being “wrong,” civilization also spells amenities like schools, hospitals, and libraries. Those are good things. And in the case of Mount Rainier being “right,” living there also means being buried under snow from about mid-October to mid-May. That doesn’t sound so great. Nowhere is a utopia. Nowhere is perfect. 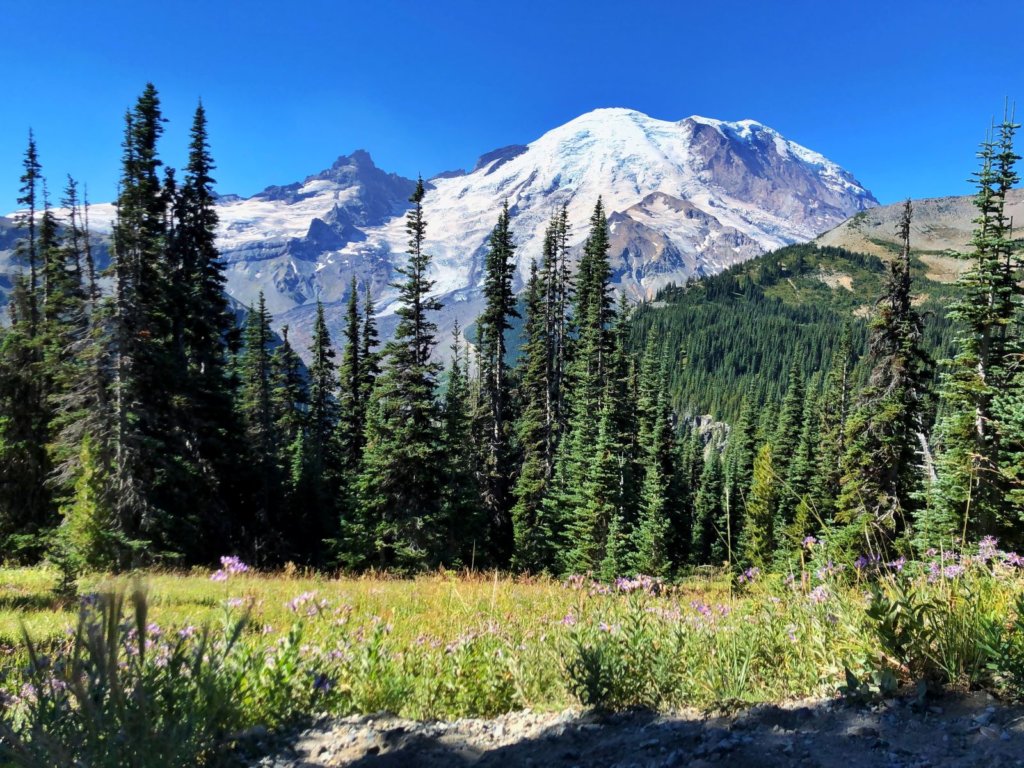 I mean honestly. Look at this! Photo by Gabriel Phipps on Unsplash

Instead of labeling one thing as good and another thing as bad, I think about a practice that’s touted in my spiritual philosophy: madhuvidyá. Madhuvidyá literally means “honey knowledge” and requires seeing everything, EVERYTHING, as an expression of an infinite loving consciousness, also known as Brahma. That means trash on the street, cigarette butts, and yes, even people who do terrible things, are an expression of Brahma. As you can imagine, this practice is HARD.

However, my spiritual teacher says, “If you properly follow madhuvidyá you can keep yourself aloof from the shackles of actions even though you perform actions. This madhuvidyá will pervade your exterior and interior with … [ecstasy] and will permanently alleviate all your afflictions. Then the ferocious jaws of [degeneration] cannot come and devour you. The glory of one and only one benign entity will shine forth to you from one and all objects.”

The practice of madhuvidyá also creates peace, in my experience. It creates acceptance that yes, even this thing I don’t like or perhaps even hate is an expression of an infinite loving consciousness. Practicing madhuvidyá means I’m able to see beyond the surface of people, places, and things to witness their true form. I’m able to recognize everything is Brahma, Cosmic Consciousness, Source, the Universe, whatever name you have for it. And just as the name madhuvidyá suggests, that makes life sweeter.

Next: Longing for Liberation