This week I read a Twitter thread about the creator of the latest Netflix phenomenon “Squid Game.” According to several news pieces, Hwang Dong-hyuk wrote the show in 2009 but was rejected by studios for 10 years. He once had to stop writing the script and sell his $675 laptop because of money struggles. The Twitter thread author, Ifę, @ifetalksback, said as a writer they find the story terrifying more than inspiring.

As part of the thread, Ifę said, “They’ll be like ‘I had to wait 15 years, my mother don’t speak to me anymore, I lost a finger to typing so much, I can’t remember the last time I saw the sky. But now I have a show,’ And the comments from everyone who ISN’T a writer is like ‘NEVER give up bro, so inspiring.’”

I agree – on the one hand, it’s always inspiring when long-awaited dreams come true, but on the other hand, I find the story to reflect poorly on not only the film industry, but also us as a society in general. Hwang had to literally sell one of the tools of his trade in order to make ends meet. That’s not OK. 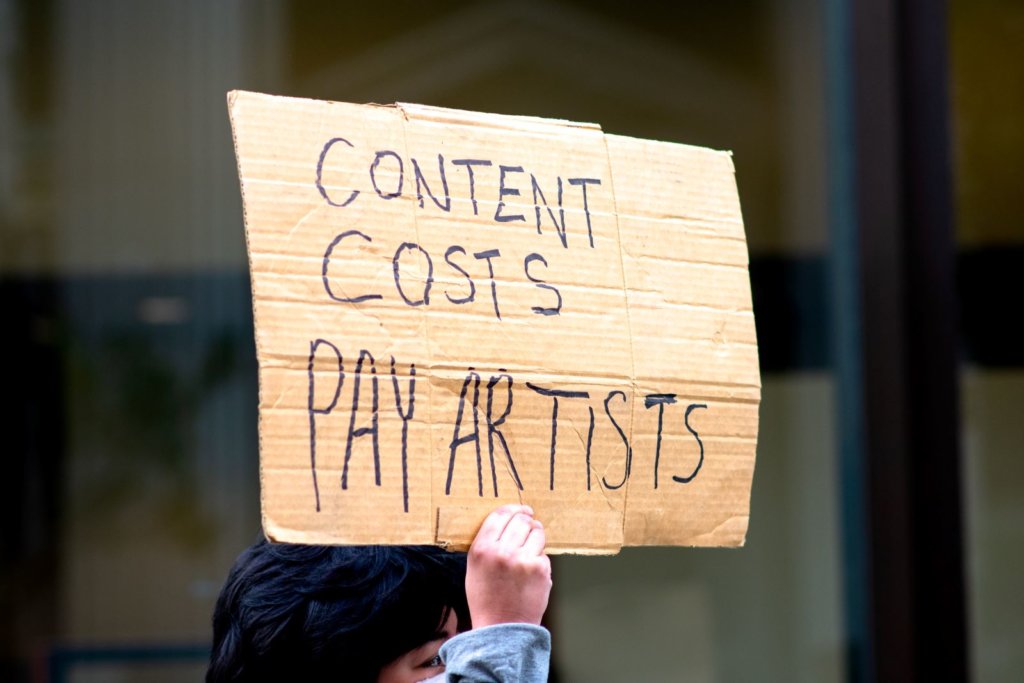 The picture says it all. Photo by Patrick Perkins on Unsplash

My spiritual teacher says it’s the duty of society to support its artists because artists are pioneers. “If those who are the pioneers of society … if they are forced to starve or half-starve, this will certainly not be to the credit of human society. It is unthinkable that these creative geniuses should curse their own fate.”

Seriously. Artists – and that includes writers – have a special role to play in society and letting them struggle is not cute or inspiring or romantic or whatever notions we have in this modern world. It’s a travesty. Especially during the pandemic, we’ve seen the importance of art and literature. What would we do, how would we survive if we didn’t have books to read, movies to watch, games to play? For many, escaping into entertainment was, or is, the only way to feel joy during an otherwise extremely bleak period. And yet we let artists like Hwang Dong-hyuk toil away and then romanticize his rags-to-riches story? No.

What would happen if artists were supported and didn’t need to work “day jobs” or have numerous “side hustles” or live with 10 roommates just to survive? What sort of art would they make? What would they be able to accomplish if they weren’t constantly worried about money? In case you can’t tell, I’m PISSED this is the situation we find ourselves in. Not only for artists, but for everyone.

Who does this capitalistic, hypercompetitive economy work for? Very few, that’s who. And the reality is we don’t have to live like this. I don’t know how we release ourselves from the shackles of capitalism, but I do know there are other ways to live. Ways in which people are guaranteed the basic necessities of life like food, clothing, education, shelter, and medical care. Ways in which people are valued over profits, the environment is respected, and we as a society are able to satisfy our higher intellectual, artistic, and spiritual aspirations. Ways in which artists like Hwang Dong-hyuk don’t have to sell their laptops in order to pay their bills.

P.S. This might be a good time to mention I have a Patreon campaign. If you value my work, consider contributing.

Previous: What’s the Point of Life?

Next: Embracing the Heroine’s Journey