If you’re anything like me, you’ve heard something to the effect of, “It only takes one person to feel grounded and safe in a crowd to change the atmosphere for everyone else.” It’s a nice sentiment, but is it just a bunch of hokey-pokey b.s.? Can little ole me really have that kind of effect on other people? It turns out, yes.

Emotions are contagious just like colds and scientists think this “emotional contagion” is due to the mirror neuron system. Essentially, when you do something yourself and watch someone else do that exact activity, the same neurons are firing, aka, mirror neurons. Pretty cool right? So how then do emotions catch on? According to this article in Healthline, it happens in three stages: mimicry, feedback, and experience.

Mimicry is just what it sounds like: mimicking someone else. If I smile at you, chances are you’re going to smile back at me. However, typically your reaction is not conscious. It’s happening automatically. But that mimicry has a ripple effect and creates feedback in the brain and body. For instance, if you’re mimicking my smile, even if originally you felt cranky, just by smiling, you’ll feel happier. And that feedback will create a response in you so that you actually are feeling happier. That’s the experiential part of emotional contagion. You mimicked me, created feedback for yourself, and thus “caught” the emotion I’m expressing. 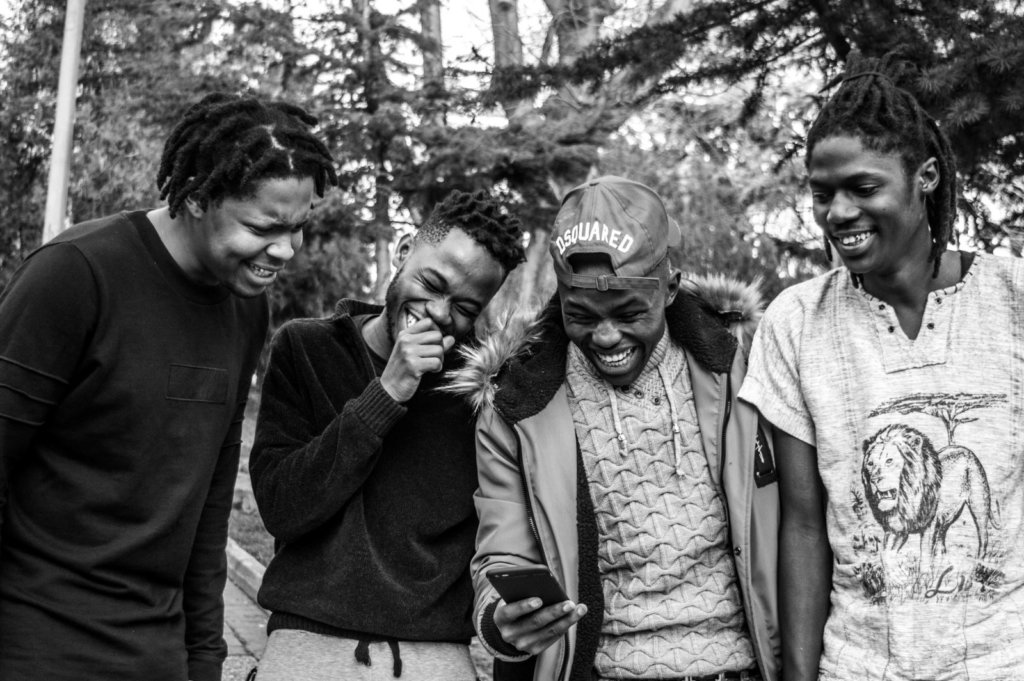 I don’t know about you, but looking at these folks makes me smile! Photo by Siviwe Kapteyn on Unsplash

What fascinates me about this process is not only the one-on-one contagion, but also the group contagion. We see this with mob mentality, or herd mentality when people are influenced by their peers to adopt a behavior or viewpoint on a largely emotional basis. What we’re all creating is a collective mind. We’re syncing our minds up and this happens whether we want it to or not.

The question then becomes, what to do about that? My spiritual teacher says, “The collectivity is yours. The collectivity is not outside you – your future is inseparably connected with the collective fortune. You must take the entire collectivity with you and move toward the sweetest radiance of the new crimson dawn, beyond the veil of the darkest night.”

Later on, he says, “Now, changes will have to be effected in the mental flow of this collective mind; you will have to create a new wave of thought in it. Because of the manner of human thinking thus far, the pace of human progress has been painfully slow. If it is given a new direction, the speed of progress will be greatly accelerated.”

Frankly, I’m all for moving toward the sweetest radiance of the new crimson dawn and accelerating the speed of human progress. And that means how I feel, how I act, matters. How you interact with other people has an impact. It transmits something and together we create something that wouldn’t have been there before. We are each contributing to a collective mind. But what are we contributing? Is it something that will move humanity forward to a state of equity, justice, love, and respect? Or is it something that creates more discrimination, inequality, and division? Knowing about emotional contagion, what will you choose?

Next: What Al-Anon Taught Me About Vaccination