How to Survive as an Empath, Right Now

As a highly sensitive person and an empath, I feel everything. Not only my own emotions, but other people’s too. If the folks around me are scared, I’m scared. If they’re sad, I’m sad. I’ve tried numerous ways of dealing with this high degree of empathy. When I was younger, I did my best to numb out, to not feel anything. Long story short, that was a disaster. As I’ve gotten older, I’ve tried all the other things: clearing, shielding, visualizing, smudging, etc.

Those methods work to a degree, but also, it’s exhausting to constantly feel like I have to protect myself from other people’s energy. This week my chiropractor said something to me, offered a suggestion, that has thus far made a world of difference. I spoke with her about joining a Zoom call organized by members of my spiritual community in Ukraine. They are holding a 24-hour kiirtan indefinitely to promote peace in the region. (Kiirtan is a type of spiritual singing, in case you’re unfamiliar with the term.)

As soon as I jumped on the Zoom call, despite feeling gleeful because I just received good news, I hooked in to the emotions of my spiritual family and they were not gleeful, rightly so. Instead, the energy of the collective – even though only one person was singing the same phrase in Sanskrit over and over again, or in other words not outright talking about the situation – was fearful and sad. 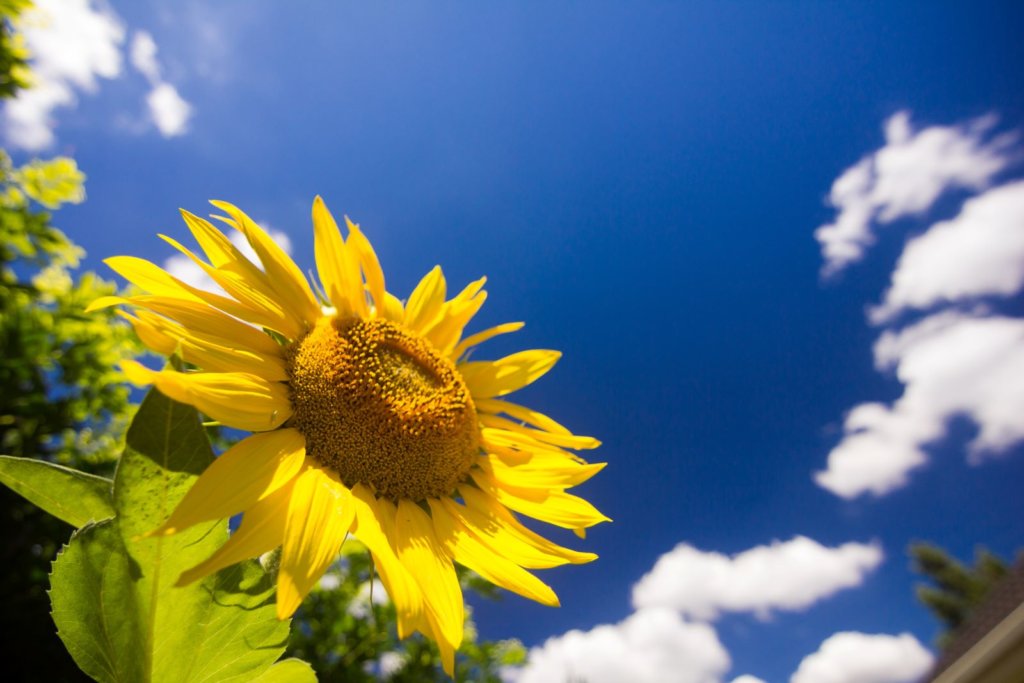 We can all be like this sunflower, absorbing energy and beaming it out. Photo by Tim Cooper on Unsplash

I told my chiropractor I don’t know how to separate myself from intense energy like that and she said, “I’m not sure you can.” It was the first time someone acknowledged that maybe all this clearing, shielding, visualization, etc. doesn’t work that well because we can’t separate from one another. We’re not supposed to because we’re interconnected.

I’m not a physicist, but it seems to me that’s what quantum entanglement is. According to Live Science, when two or more particles link up in a certain way, no matter how far apart they are in space, their states remain linked. They share a common, unified quantum state. Researchers found, “[I]f two particles are entangled, meaning their quantum states are strongly correlated and become unified, then measurements of one of the particles automatically influence the other, no matter how far away the particles are from each other.”

That certainly sounds like my experience of being on the Zoom call. I was influenced by people thousands of miles away. Instead of trying to separate myself from others, which is likely impossible, what if I used that connection? My chiropractor suggested I put one hand on my heart and raise the other hand in the air. To notice the peace in my own body because it’s true, I’m not fleeing a war zone, and imagine blue, healing light pouring down from the sky, into my body, and then out my upraised hand. In that way, I can be a channel, can transmit and participate with the energy that also exists in the world. There’s fear, but there’s also safety. There’s sadness, but there’s also joy.

Instead of getting swept away by someone else’s energy, what if I used the principles of emotional contagion to support people who need it? What if I transmitted my own feelings in an act of sponsorship to soothe others? As an empath, I often feel encroached upon, but what if I turned outward? What if I pushed out love and healing? I’ve been practicing this every day and I feel so much better. I’m beaming love to my siblings across the globe and donating to charitable organizations like Amurtel, run by people I personally know and trust. I’m using my gifts instead of being used by them and that changes everything.

Next: We are More Similar than Different