Like many people, Ukraine is on my mind. I’m watching in horror as Russia is brazenly invading another country in a quest for power. Republican Senator Mitt Romney told NBC in January that he believed Russian President Vladimir Putin wants to reestablish what he had before, a type of Soviet Union. And furthermore, Putin is clear he thinks the breakup of the Soviet Union was a catastrophe for Russia, once describing it as the “greatest geopolitical tragedy” of the 20th century. So, um, yeah, I’m pretty sure he’s not invading Ukraine on a “peacekeeping mission.”

Here in my own country of the United States, I’m feeling equally disheartened as I witness more and more evidence that we don’t live in a democracy, or rule by the people, but rather a plutocracy, the reign of the rich. The political system is only paying lip-service to the average person’s problems and is instead working diligently to protect and grow the wealth of the already wealthy. For instance, billionaires increased their net worth by more than $1 trillion during the coronavirus pandemic, according to Americans for Tax Fairness. Meanwhile, non-wealthy Americans have struggled to survive, closed their businesses, and generally haven’t profited due to the pandemic. 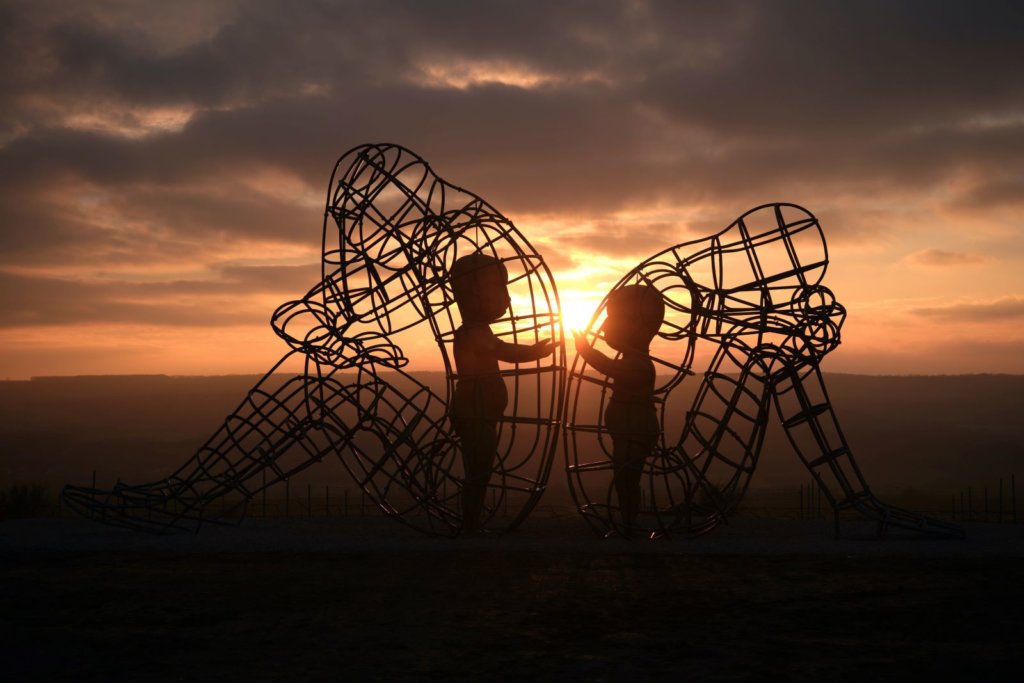 Hearing all this is enough to make me want to lie down on the floor and moan like the Wicked Witch of the West, “Ooooh, what a world! What a world!” And unlike the Wicked Witch, I’d add, “What a cruel, cruel world!” With facts like these it’s easy to fall into despair, hopelessness, maybe some fear. After all, I’ve seen some memes circulating that we’re witnessing the start of World War III.

At times like these, I turn to my spiritual practice because it’s a source of strength and calm. My spiritual teacher said people suffer from all sorts of complexes, including a fear complex and a defeatist complex. When you’re afraid, you’re not thinking clearly. And when you feel defeated, you’re not empowered because you think some other person, system, or circumstance is more powerful than you. Sometimes it is, so that’s why banding together with others is important. What’s also important to remember though is a concept I wrote about last week: letting your life belong to love.

In this case, it’s about letting love move you, to act through you. When I think I’m the one that has to tackle a system that prioritizes profits over people, I get overwhelmed. When I think I have to “figure everything out,” or somehow “solve the world’s problems,” it makes me want to not even try. Who am I? My spiritual teacher would say I’m love incarnate. That the powerful, creative force that births stars and creates planets resides in me. I’m not a lonely, insignificant human being, but instead the progeny of the Divine, and that means something. It matters.

Regarding Ukraine, plutocracy, and any other issue pressing on my heart and mind, I can let love lead, guide me in my actions, and show me the way. I don’t have to do everything by myself because instead I recognize I’m a puzzle piece of the cosmos. My little actions combine with someone else’s little actions and that can topple oppressive political systems. I don’t know when, but I don’t have to, because instead I’m letting love lead the way.

Next: How to Survive as an Empath, Right Now