A Modern-Day David vs. Goliath Tale

As you’ve likely heard, the first-ever Amazon labor union was formed on Friday. What I love about this story is the David versus Goliath aspect. I can think of no better representation of a modern-day Goliath than Amazon. After all, Amazon accounts for more than 40% of ecommerce, according to emarketer.com. The next highest percentage of internet commerce is Walmart, coming in at 7.1%. So. There’s that.

And, regarding workers specifically, Jeff Bezos said in a New York Times article he didn’t want hourly workers to stick around for long because he viewed a large, disgruntled workforce as a threat. That attitude shows because the company spent $4.3 million in 2021 alone on anti-union consultants, according to U.S. Department of Labor filings. And maybe you’re saying, “Amazon doesn’t need a labor union because employees have great working conditions!” That’s what Amazon is touting, but the reality doesn’t match because Amazon measures the time each employee spends off task at its warehouses, meaning every bathroom break is accounted for. If a person spends too long in the bathroom, they can be and have been, fired.

I could keep going, but I already wrote about the poor working conditions in a blogpost last year. Instead, let’s talk about our David, Christian Smalls. First off, how perfect is that last name to represent David?!? Also, he’s someone Amazon discounted because, in a leaked memo obtained by Vice in 2020, an Amazon layer told Jeff Bezos that Smalls was “not smart, or articulate.” 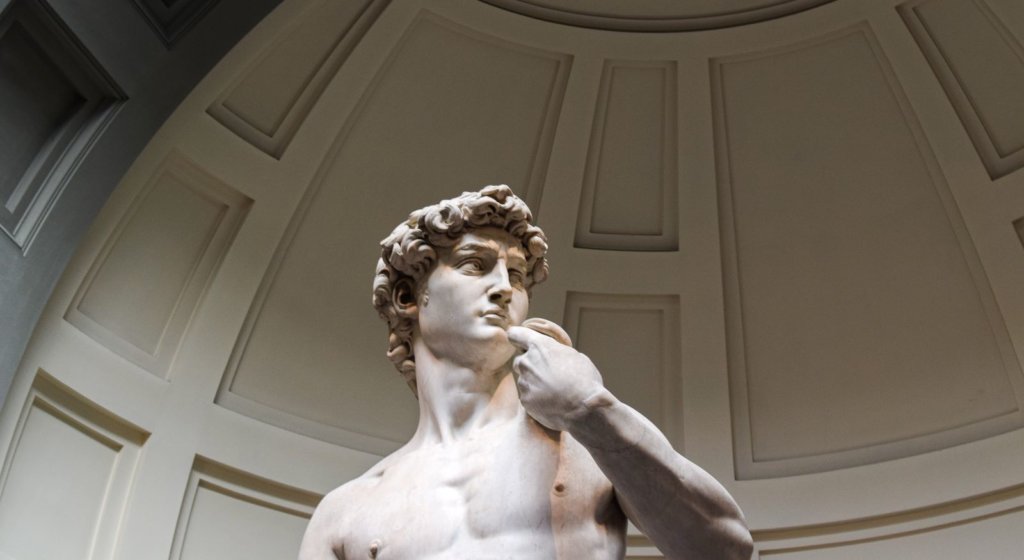 Keeping it classic here with the David sculpture. Photo by Mateus Campos Felipe on Unsplash

Take that, Amazon! The man you viewed as not smart or articulate spent the last two years talking to workers on Staten Island, holding cookouts, conversing with them at bus stops, and educating them on why a labor union is necessary. And it worked. Despite previous failed attempts, the Amazon factory known as JFK8 has a labor union. The vote wasn’t close either – the “yeses” outnumbered the “no’s,” by 500 votes. Yes, Amazon is fighting the outcome because of course they are, but still. In this day and age when we hear so many stories about corruption, plutocracy, and big corporations doing terrible things despite the opposition of the general public, it’s nice to hear a story about how the little guy can still win.

It reminds me of a quote from my spiritual teacher who spoke a lot about dharma, or the essential characteristics of human beings. There’s a lot to say on the subject, but in brief, my spiritual teacher praises the higher qualities of human beings; the ones that are aligned with truth, justice, generosity, and compassion. He said whenever human beings follow these higher qualities, their well-being, victory, and prosperity are ensured.

Furthermore, “whoever goes against these ingrained human characteristics … will be doomed to destruction. By divine decree, everyone has the right to live in the world with dignity. If anyone creates any obstacle against this dharma-oriented system, if they oppose it, they are bound to be destroyed. No one has ever been victorious or will ever be victorious by opposing dharma. Always remember that when dharma is with you, whoever will oppose you will be razed to the ground – their destruction is a must.”

A caveat here is sometimes that destruction is slow. It can take decades to appear and/or may happen in another life. However, I take heart knowing that in the long run, the righteous, the justice-oriented, the person who is fighting for a better world, like Christian Smalls, in this case, will win.

Previous: Would You Spot the Person in a Gorilla Suit?