How Do You Know What’s Real or True?

I had an interesting dream the other night. I was on a spaceship and due to a setting, some people saw an illusion (luxury furniture, plush rugs, a tidy space) while others saw reality (cheap furniture, threadbare rugs, a mess). It was like a movie scene that magically changes an Ikea chair into an upscale-designer one with the wave of a hand.

The dream got me thinking about reality and perception. How do we know what we’re sensing is the truth? Humans only perceive a tiny fraction of what exists when it comes to our senses. For instance, we only hear sounds in the 20 Hz to 20,000 Hz range but as we know, sound exists above and below that level. Similarly, of all the possible photon wavelengths available, our cone cells detect only a small sliver: the 380 to 720 nanometers range.

Why then do we act with such assurance about the reality we perceive? Why do we insist on our version of the truth when it could be less than accurate? A dog has a far different version of reality than I do because a dog can hear a lot more than I can. Is my reality any more true or less true than the dog’s? If my senses aren’t 100% reliable, what can I trust? 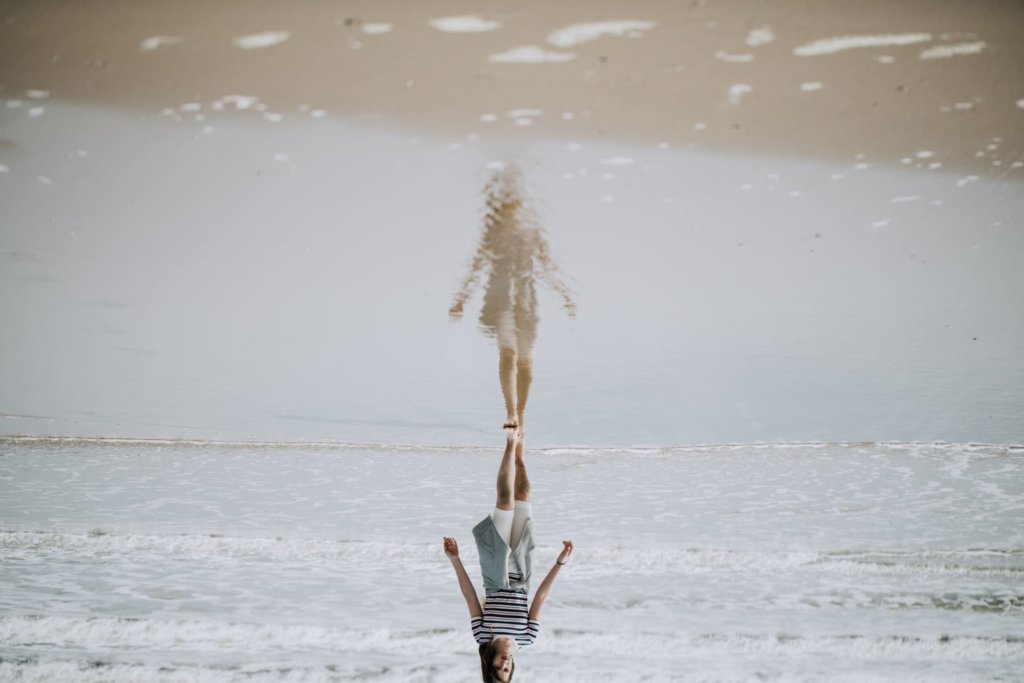 Perception can be so easily skewed. Photo by nine koepfer on Unsplash

In this day and age, we’re encouraged not to trust anyone, especially mainstream media, the government, or anyone in a position of authority. I understand the impulse because journalists make mistakes sometimes and the government can withhold information from the general public. On the other hand, what makes a random person on the internet trustworthy?

I just read an article on Elle.com about Bay Area mom influencer Katie Sorensen who falsely accused a couple of abducting her children. To be clear, there is no evidence that crime took place. Sorensen made the whole thing up to attract Instagram followers, which is exactly what happened. Her account ballooned after the fake video was viewed 4.5 million times. And if you’re wondering, yes, Katie is an attractive, white, blonde woman and yes, the couple she accused are brown.

People believed Sorensen’s story because she made an emotional video. They were moved by her sentiment. My spiritual teacher says, “One races after the idea that has come into one’s mind like an unbridled horse, without considering its good or bad consequences. The horse may move along the right path, or it may fall into a chasm. One cannot be certain.”

We’re living in a time where sentiment is being exploited and rationality is on the decline. There are YouTube videos galore extolling various conspiracy theories: that furniture and home goods company Wayfair trafficks children, the Earth is flat, the government is run by reptile people, COVID-19 is a sham, etc. People prey on our emotions and also our skepticism. They either tell lies or ask questions that are seemingly unexplainable: “Why did the government do XYZ?” and then answer the question by saying, “They’re lying to you.” 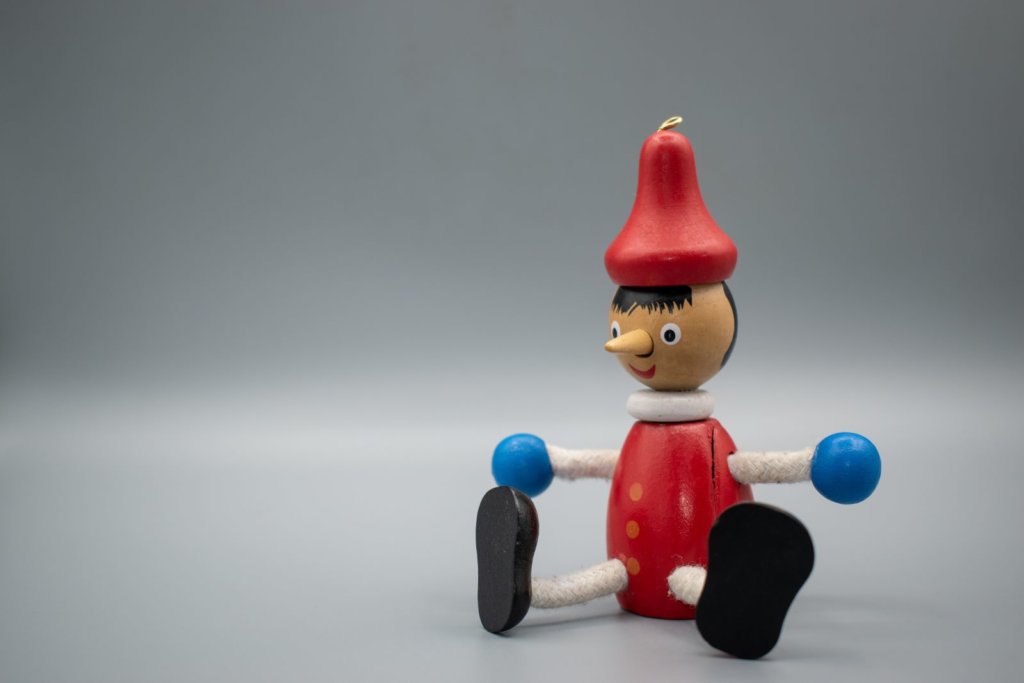 If only our noses grew like Pinocchio’s when we lied. Photo by Florencio Rojas.

It’s easy to say someone is lying and significantly harder to prove the truth, as evidenced by the Sorensen tale. The police had to investigate her story, interview the couple she accused, and use numerous resources to determine Sorensen lied. Instead of immediately buying everything presented to us, whether it’s a mainstream media news article, YouTube video, or Instagram post, how about asking some more questions; like, “How do I know this source can be trusted? What is the evidence?”

Talk is cheap and people are lazy. It takes a lot of effort to pull off a conspiracy. Have you ever worked on a group project? Then you know it’s next to impossible to get every person on the same page and carry through with a plan. Yeah, it can happen, but in all likelihood what we view as a conspiracy is actually incompetency and fallibility. People make mistakes. They change their minds. It doesn’t mean there’s a cover-up.

My spiritual teacher says, “Rationality is a treasure of humanity,” and I’m seeing just how true that is.

Next: Dancing Around the Nucleus