Opportunity Will Beat Down Your Door

I keep thinking about a post I wrote for a now-defunct website called Quarterlette.com in 2012. It was about opportunity beating down your door. What follows is an edited version of that post. Enjoy.

Growing up I heard the expression, “Opportunity only knocks once,” and I really took it to heart. I took advantage of every opportunity that came my way because I was scared it would slip away like a snowflake melting in the sun. Except as we know, when snowflakes melt, they come back again when it snows. Very rarely does it snow once and that’s it forever and always. Snowflakes are like opportunities in that they come around again if we only wait for them.

Reverend Michael Beckwith has a quote, “Opportunity doesn’t knock once – it will beat down your door!” When I heard him say that years ago, I laughed because I certainly found it to be true for me. If something is meant to be, the universe will make darn sure you get the message and will create situations for you to take advantage of that opportunity.

As a freshman in college, I attended UNC-Chapel Hill for a semester. It was a bad decision, not because Carolina is a horrible school, but because I didn’t fit in there. Forcing myself to go to Carolina was like forcing an 8-year-old to eat canned spinach – it can be done, but it’s not enjoyable. I toyed with the idea of going to UC Berkeley because from what I knew about Berkeley, it seemed more my scene – full of vegetarians, hippies, and spiritual seekers. Ultimately though, I decided to go to American University in Washington, D.C. 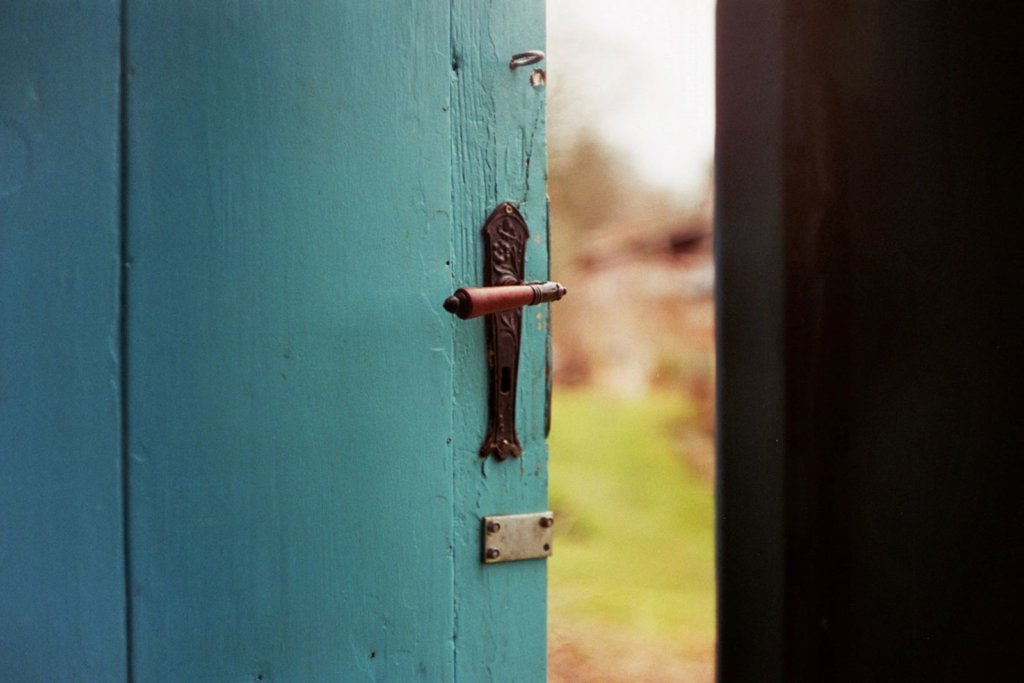 Opportunity knocks more than once. Photo by Jan Tinneberg on Unsplash

I loved Washington, D.C., and decided to stay there after graduation. It’s a small city in terms of size but big in terms of what it has to offer. I had a large contingent of friends there (still do) and even managed to score a great apartment on Wisconsin Avenue, which meant I could gaze at the National Cathedral from my living room window. The National Cathedral is to this day one of my favorite places in the world primarily because it has a piece of the moon embedded in a stained-glass window.

Life was pretty good, only, I hated my job. Like, really hated my job. Like, complained-every-day-and-dreaded-waking-up-in-the-morning hated it. This was no fault of the company or the people. It was another case of canned spinach – great for some people but distasteful for me.

I had every intention of quitting and finding something else in the area, except opportunity came a knockin’ – or in this case, stampeding. I really have no idea why but while at a yoga and meditation retreat, I talked to one of the participants about his hometown, San Francisco. That conversation planted a bug in my ear and I found myself contemplating moving to San Francisco. I immediately decided it was a terrible idea because I didn’t know anybody, and like I said, life was pretty good for me in Washington, D.C., but the universe doesn’t give up that easily.

The very minute I said, “Nah, I’ll stick around in D.C.,” I saw someone reading the Yoga Journal, a magazine based in San Francisco and one I aspired to work for. It startled me because seeing this woman reading her magazine felt like a sign, as innocuous as it was. However, I still wasn’t convinced moving to San Francisco was in my best interest. Of course, from then on San Francisco became ubiquitous. While walking down the street in D.C., I saw San Francisco hats, San Francisco t-shirts. I met people left and right who were from San Francisco. When something shows up that many times it can’t be ignored. Opportunity was beating down my door. I finally said, “OK, I’ll do it.”

By now you know what happened – I settled here. The Bay Area has been my home for 14 years. When I start to worry that maybe I missed the metaphorical boat, that I should have said “yes” to something instead of “no,” I remind myself the universe will conspire to bring what’s mine to me over and over again.

I dream of a world where we remember opportunity doesn’t knock once, it will beat down your door. A world where we recognize what’s ours is ours and the universe will create situations to demonstrate that over and over again. A world where we have trust and faith that we will never miss the metaphorical boat because if it’s meant to be, we’ll board another ship.

Next: Maybe You Don’t Have to Figure it Out