I notice people seem to feel despondent and hopeless when it comes to climate change. They’re saying things like, “This is the coldest summer for the rest of your life,” and “Better move to the Great Lakes region because it will be the only place to get fresh water.” I get it. When there’s an onslaught of terrible news stories, such as flooding in Pakistan or the U.S., record heatwaves, epic fires, etc., it’s easy to feel gloomy. You’re more than welcome to feel depressed or live in dread regarding climate change if that works for you, but it doesn’t work for me.

You know how neuroscientists now say happiness is something you have to work on? That you have to engage in daily activities to boost your happiness because it’s not something that just happens on its own? I think the same is true with hope. Emily Dickinson told us hope is a thing with feathers that doesn’t ask for a crumb, but I think she’s wrong. I think hope is a flame that can easily blow out if you don’t tend to it. 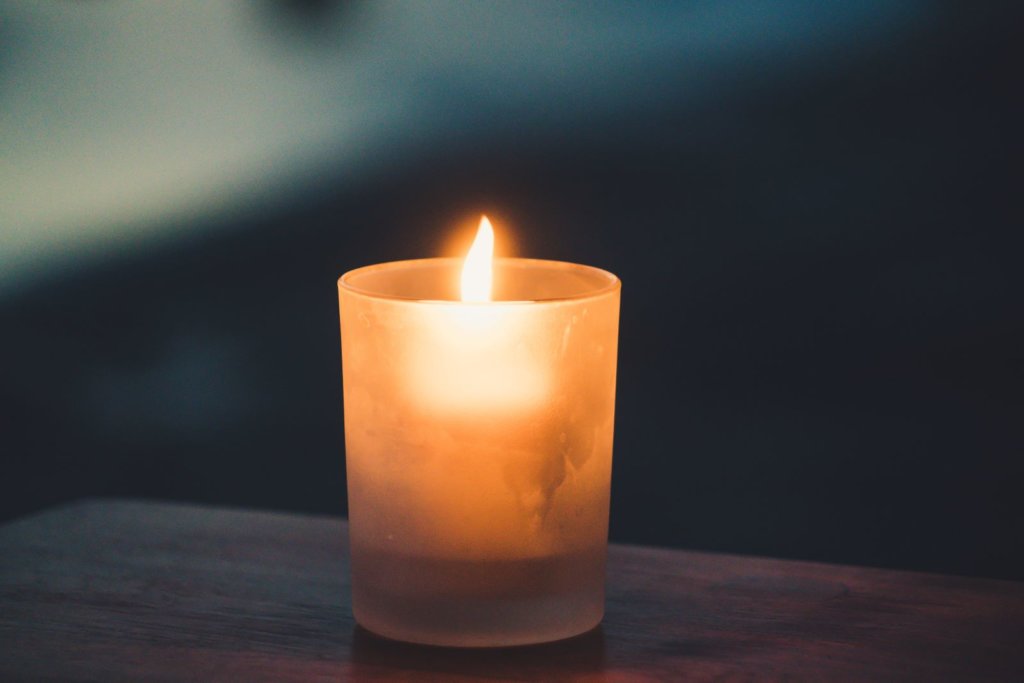 Hope is a flame. Photo by Paolo Nicolello on Unsplash

What gives me hope amidst the news of one catastrophe after another is that nature evolves. Did you know researchers at the University of Queensland have found a species of worm that eats Styrofoam? The common Zophobas morio “super worm” eats through Styrofoam thanks to a bacterial enzyme in its gut. There’s also a bacteria that eats a certain type of plastic. Nature is working with us to solve the problem of climate change. We’re not in this alone.

I also think about a quote from my spiritual teacher. He said, “Difficulties can never be greater than your capacity to solve them.” I take heart from that and look for evidence where I can. For instance, just recently, scientists at Northwestern University have done the “seemingly impossible” and destroyed PFAS using low temperature and cheap products. The BBC reports, “The reason PFAS have historically been so difficult to destroy is because they contain many carbon and fluorine bonds – the strongest bonds in organic chemistry.” But researchers have snapped that bond, which is fantastic news.

We also have examples of the global community tackling climate-related challenges. In the 90s, I remember a lot of concern about the hole in the ozone layer. Scientists warned that if the hole got bigger, it would cause “rises in skin cancer and cataracts in humans, harm to plant growth, agricultural crops and animals, and reproductive problems in fish, crabs, frogs and phytoplankton, the basis of the marine food chain,” according to the BBC. What did we do? We banned CFCs, the chemicals that ripped a hole in the ozone in the first place. And you know what happened? The hole closed up. It’s no longer a problem. In other words, we can band together to make big changes for the planet and we have. There’s already precedence for it.

When I feel down about the state of the world, I remind myself there is reason to have hope. Sometimes that hope is like a mere flicker, but I’d rather the flame was so minuscule you can barely detect it than for it to be extinguished altogether. Wouldn’t you?

I dream of a world where we recognize hope requires tending to. A world where we understand it’s easy to fall into dismay about the state of the world, but if you look around, you’ll notice cause for hope. A world where we pay attention to those stories and all work together to keep climate change from getting worse.

Previous: The Importance of a Proper Goodbye

Next: How We Can Make the World a Kinder Place