How We Can Make the World a Kinder Place

I learned something interesting recently. If people think they’re supposed to help someone else, they will. If they don’t think it’s their responsibility, they won’t help. There’s a widespread misconception floating around about the bystander effect, which is when people are less likely to intervene during emergencies when others are present and witnessing the same situation. In 1968, John Darley and Bibb Latané conducted an experiment that simulated an emergency.

The researchers found participants who believed they were speaking with one other person intervened at a much higher rate than those who believed others, in addition to themselves, were a part of the discussion. Psychologists have interpreted that to mean people freeze when they’re in a group because they think someone else will help instead of them. However, in 2015, Kenneth Brown at the University of Iowa gave a Tedx talk about how the bystander effect is complicated. 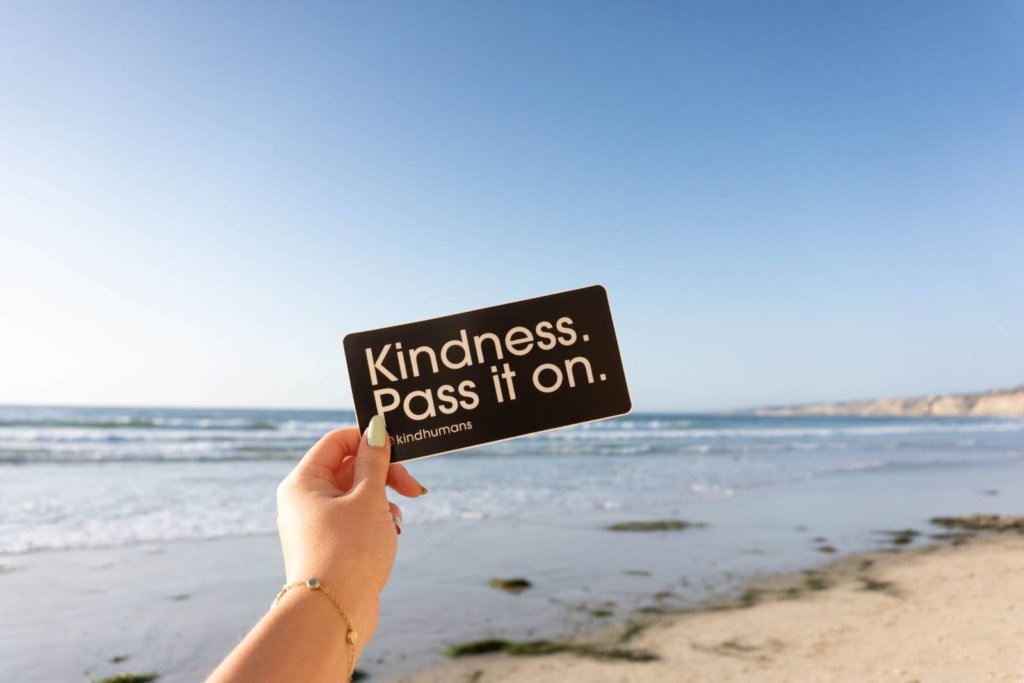 Kindness can spread. Photo by Mei-Ling Mirow on Unsplash

In his psychological studies, he found when subjects were told it was OK to help if something was wrong, that they wouldn’t ruin the study by doing so, the participants sprang into action when help was needed. There was no longer diffusion of responsibility and gone are the questions, “What does the researcher expect of me? What will happen if I step forward?” If it’s clear helping with something is what people are supposed to do, they do it.

This got me thinking about myself, naturally. I’m the type of person who will shout at a bus driver to wait for a fellow passenger. I don’t even think about it. It’s practically involuntary. On Saturday, I saw a man struggling with a small amp, a backpack, and a posterboard so I asked him if he needed any help (he did). Why do I do these things? Is it because I’m inherently a good person? No. I do these things because as a part of my spiritual practice, every morning upon awakening I say three oaths. One of them is I will help others according to my capacity.

By starting every morning with this thought in mind, I inherently believe it’s my responsibility to help out when and where I can. I haven’t conducted a study to determine whether other members of my spiritual community feel and act in the same way, but I can say for certain my family operates this way.

One time in Chicago my sister and I witnessed a man and woman fighting in the street perpendicular to us. Rosie stopped in her tracks and when I asked her why, she said, “I’m waiting to see if that woman needs help.” After my mother’s medical school graduation, we came upon a man lying in the street with a cut on his forehead who was semi-conscious. After we determined another bystander had already called 911, my mom ripped off her graduation gown and placed it over the top of him to keep the guy from going into shock. (She didn’t have any medical equipment on her so that’s all she could do.)

These are only a few of the incidents I know about. There are also the regular occurrences of help, like how my dad will do free tax work for certain clients, or my brother won’t charge for website design to help out a worthy person or cause. My brother and sister aren’t active members of my spiritual community, but they grew up in the same household I did where service was emphasized. It has me wondering what the world would be like if everyone saw it as their responsibility to help others according to their capacity.

Amelia Earhart says, “No kind action ever stops with itself. One kind action leads to another. Good example is followed. A single act of kindness throws out roots in all directions, and the roots spring up and make new trees. The greatest work that kindness does to others is that it makes them kind themselves.”

Next: Let Creative Pursuits Be What They Are