Getting Comfortable with Transitions

October is a strange month in the Bay Area. I know in many parts of the U.S. the temperature is dipping, leaves are changing color, and people are eating soup for dinner. But in the Bay Area, October is a liminal month, straddling the line between summer and fall. Earlier this week I wore a t-shirt because the weather was so warm. Today I’m wearing a sweater because it’s foggy and slightly cold. However, later this month the temperature is expected to rise to the high 80s.

The temperature may designate summer but the sunlight spells fall. The light is changing, it’s getting darker earlier. Summer is gone and fall is coming, in that arena. However, because of the temperature, it feels like we’re not firmly in one season or the other. We’re in limbo. I don’t particularly enjoy limbo, whether that’s a season or a situation. I want to cross a threshold but how often does that happen? Isn’t most of life instead a transition? Aren’t we perpetually waiting for one thing to end and another to begin? 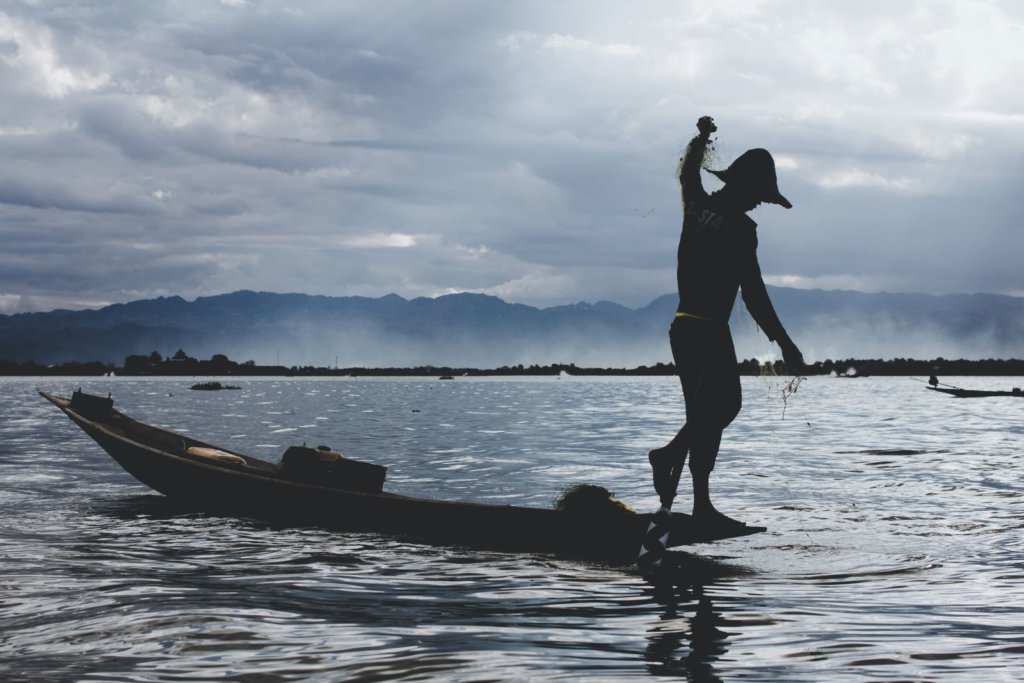 This picture will make sense as you keep reading. Photo by Michael Pfister on Unsplash

Clinical psychologist Dr. Natalia Peart says, “For decades, we’ve always thought that once we achieve success in our careers, then we’re supposed to get happy. And that once we get happy, we’re going to be fulfilled. That was the old path. So we’d ignore signs of burnout or the fact that our lives were so narrow because the assumption was that there would still be a reward of happiness. But that reward was always in the future. Happiness is now and being able to live in this moment, even in the harried, busy life that we live. You want to get up every day and know that there’s some level of meaning in the now – not two months or two years from now.”

One way we derive meaning in the now is by contending with death and recognizing even death doesn’t portend finality, but rather another beginning. This is well-captured in the story of the Skeleton Woman. Click the link for an animated version of the story, but the abbreviated version is this: A fisherman hooks a skeleton woman and not realizing she is caught on his line, tries to run from her. He bumps along the land with the woman on his tail and dives into his hovel thinking he’s safe. Alas, it is not so.

She is inside his home, limbs akimbo. In the candlelight, he takes pity on her, untangling her from his line, righting her limbs. Then he falls asleep and a tear leaks from the corner of his eye, which the Skeleton Woman drinks up thirstily. While he’s still sleeping, she pulls out his heart, holds it in her hand, and flesh is drummed back onto her bones. She becomes a human again. She returns his heart and then falls asleep next to him, and “that is how they awakened, wrapped one around the other, tangled from their night, in another way now, a good and lasting way.”

In order for us to thrive in relationships, our jobs, our everything, we must reckon with Lady Death, which is what the Skeleton Woman represents. We must act the way the fisherman does and welcome Lady Death into our homes, tend to her, make peace with her. Once we do that, there’s space for something new because every beginning is followed by an ending, which is followed by another beginning. And at the same time, instead of waiting for that new thing, as humans we are better served when we remember there is no arrival, there is no “happy when.” Like the fisherman untangling his line, living happens here, now, in limbo.

I dream of a world where we understand we’re always moving from one state to the next. A world where we recognize Lady Death is ever present even if we don’t acknowledge her, but she doesn’t represent the end, rather a new beginning. A world where we embrace the life/death/life cycle and get comfortable with transitions.

Previous: We Hold Up the World

Next: The Cycle of Luck