I’ve written before about how Donald Trump represents our collective shadow in terms of racism and xenophobia, but he also represents the shadow side of the internet. His latest move withdrawing from the World Health Organization (WHO) is like unfriending someone on Facebook because you don’t like what they’re saying.

First off, I want to say I think the “unfriend,” “block,” and “mute” features on social media are important and necessary because no one should be subjected to abuse, but also there can be an element of using those features to create confirmation bias or insularity. These days you don’t have to listen to anyone who disagrees with you. You can ignore what other people say with relative ease. I notice this in my own life – whenever I post about Black Lives Matter on my professional Instagram account, I lose followers. That’s OK, I’ll keep posting about it, but it speaks to the shadow side of the internet.

We get to intentionally create our reality, our communities, and connect with like-minded individuals, which is great! But it can also lead to a disconnect from reality. If I only surround myself with people who think the Earth is flat, of course that will be what I believe. The statistics vary, but anywhere from 2% to more than 20% of people believe the Earth is flat! Even if it’s 2%, that’s a huge swathe of people. The notion continues to gain momentum because it has support from numerous Facebook groups and Youtube channels. The way we human beings determine what’s real is by consensus, by checking in with others. “Did you see that UFO zipping across the sky? No? Well I must have imagined it then.” 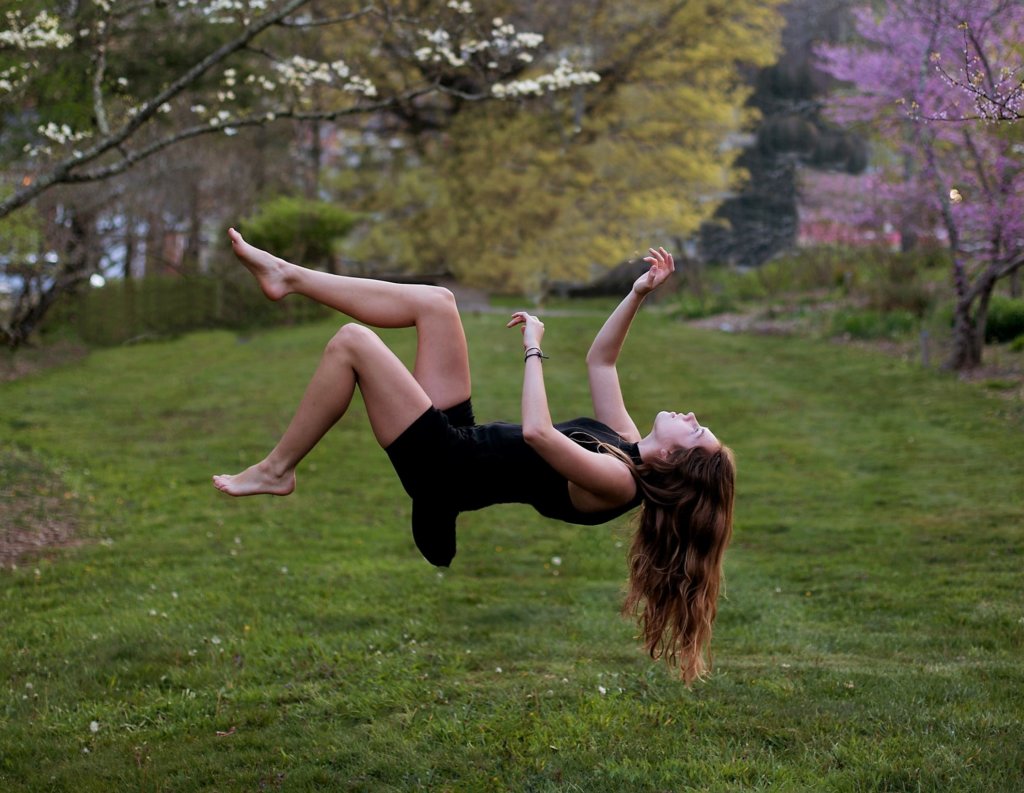 Is she actually floating?!? Photo by Ashley Bean on Unsplash

Because of the internet, we can find people who support our version of reality and that’s what Donald Trump does. How ironic that a “reality” TV star has no sense of consensus reality. He’s so used to creating the truth and now he gets to broadcast his reality to the world. He speaks to the seductive idea that the truth can be whatever you want it to be. It can feel empowering to say, “My truth is my truth” and ignore what other people say, especially if a person has experience with not being heard or believed. However, I’m going to quote Stephen Dinan, CEO and founder of The Shift Network, an alternative media company. He writes:

“The good aspect of claiming our own internal truth and authority – which human potential teachings typically promote – turns ugly and becomes a descent into ignorance when people stop respecting the hard-earned disciplines behind so many mainstream endeavors from science to journalism to medicine. Once we stop respecting expertise and the disciplines that inform that expertise, we put ourselves on a path to ignorance.

Precisely. When we tune out all other voices, we become ignorant. It’s what Donald Trump is advocating by withdrawing from the WHO. It’s what he’s advocating when he says people should stop getting tested for COVID-19. Because if you stop getting tested that means you don’t actually have the virus, right? Well, no. It just means that you can pretend everything is fine and delude yourself.

I can tie this in to my spiritual practice because on the one hand, my spiritual teacher advocates for self-realization, for developing intuition and connection to spirit so the internal reality is important. But on the other hand, he also urges us to have discernment, to use our brains when we’re in the world and reject what is irrational. In fact, he says, “Even if a young boy says something logical, it should be accepted. And if the Supreme Creator Brahma says something illogical, it should be rejected as rubbish.”

Previous: What Does It Mean to Be Free?