A Culture of Love and Justice

My dad told me about a TV show where people try to be the last person to survive in the woods on their own for a chance at winning $500,000. The premise is interesting because it touches on the themes of competition, human versus nature, and also resourcefulness. I get the appeal. But what I don’t get is the lengths people will go to in order to win.

One contestant swam into a frozen lake in an attempt to catch some fish knowing she’d get hypothermia. She explicitly told the camera she knew that would happen. The woman could have tapped out of the show at any time and said, “You know what? The $500,000 isn’t worth it. Take me to the grocery store,” but she didn’t. She literally risked her life all for what? Money. Money that frankly won’t last very long considering the rate of inflation.

Desperation is real and it pushes people to do things they otherwise wouldn’t. But this woman wasn’t a member of the Donner party, starving to death in the middle of winter. She was in a situation of contrived and self-inflicted desperation. I don’t fault this woman; I don’t know her or her story. She made her choice freely. No, instead what I fault is the toxic worldview pervading our society that lauds this sort of decision: materialism. 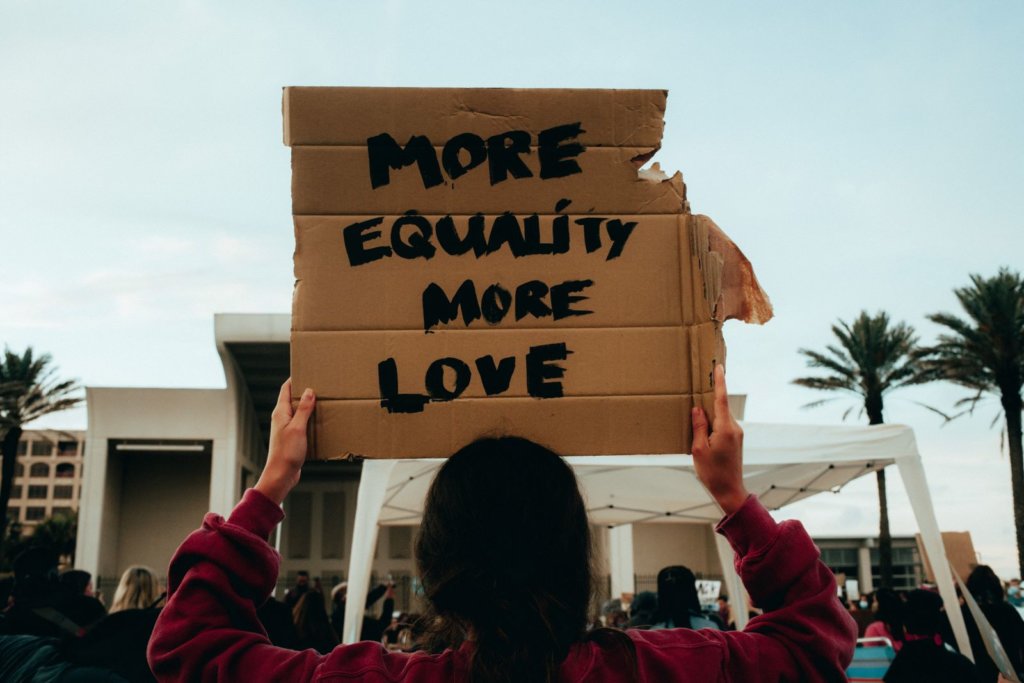 My favorite summary of materialism comes from a friend who says, “Under materialism, only matter matters.” Exactly. In a materialistic society, money and possessions are more important than love, community, and life. Not everyone is willing to become hypothermic for cash, but over and over again, we demonstrate human life isn’t worth more than money in indirect ways: child labor, exploitative working conditions, polluting the environment, etc. We are poisoning and killing one another for something ephemeral.

I’m not here to say money is unimportant because that’s a lie. It is important, but it’s not the only thing that matters. The worldview I use stems from tantra and my friend sums it up by saying, “Under tantra, everything matters.” What he means is matter matters. People matter. The environment matters. Spirituality matters. Under tantra, you take it all into account. Money is not the bottom line every time.

We take it for granted that materialism is the only way to operate in the world but it’s not. It’s a belief system and belief systems can change. A little religious inspiration for you that’s appropriate considering this time of year: Hanukkah isn’t really a story about oil lasting for eight days. It’s the celebration of people unifying against oppression and winning.

A quick recap: Judah and the Maccabees revolted against Syrian King Antiochus in 160 BCE. He enacted a series of harsh decrees against the Jews, including forcing them to give so much of their crops to the Syrian ruling class, the Jews had trouble feeding their families. Jewish worship was forbidden; scrolls were confiscated and burned. Sabbath and dietary laws were prohibited under the penalty of death. This small group of Jewish rebels fought against an army of thousands of men and won.

My rabbi, Michael Lerner, says, “Hanukkah is not just about having a response to the consumption craze around Christmas, it is about affirming a different worldview, a hopeful worldview. [It’s] about replacing cultures of domination with a culture of love and justice.”

We already have examples of worldviews toppling. We know it can be done because it’s been done before. We don’t need to keep operating as if materialism is the only game in town because it’s not. There’s another way to live, a better way. One in which we recognize the importance of bodies, minds, and spirits.

Previous: The Value of Humanity with the Rise of AI

Next: Someone Envies You