The Grace of Being a Newcomer

I enrolled in a novel writing class and I confessed to a fellow writer that I feel a lot of pressure to put into practice everything I’m learning. I want my dialogue to conceal and reveal. I want to keep the reader guessing but not withhold too much. I want the plot to be engaging while also emotionally stirring. And I want to do all that perfectly in the first draft.

There aren’t many areas of my life where perfectionism continues to show up, but this is one of them. I care so much about the heroine’s journey novel I’m writing and that means I want to do this story justice. I want it to be the best book it can possibly be and so, hello perfectionism. When I shared this angst with my friend she said to me, “Give yourself the grace of being a newcomer,” and it felt like rubbing aloe vera on a sunburn.

Ahhhhh. Grace. Yes. I know people talk about writing terrible first drafts and understanding that’s a part of the process, but characterizing a draft as “terrible” is a judgment. There’s space for perfectionism because if you know a draft is terrible, that means there’s a certain standard you have for the draft that it’s currently not meeting. When I say to myself, “This draft is awful. God, I can’t believe I wrote this,” I’m judging my efforts and not giving myself grace. 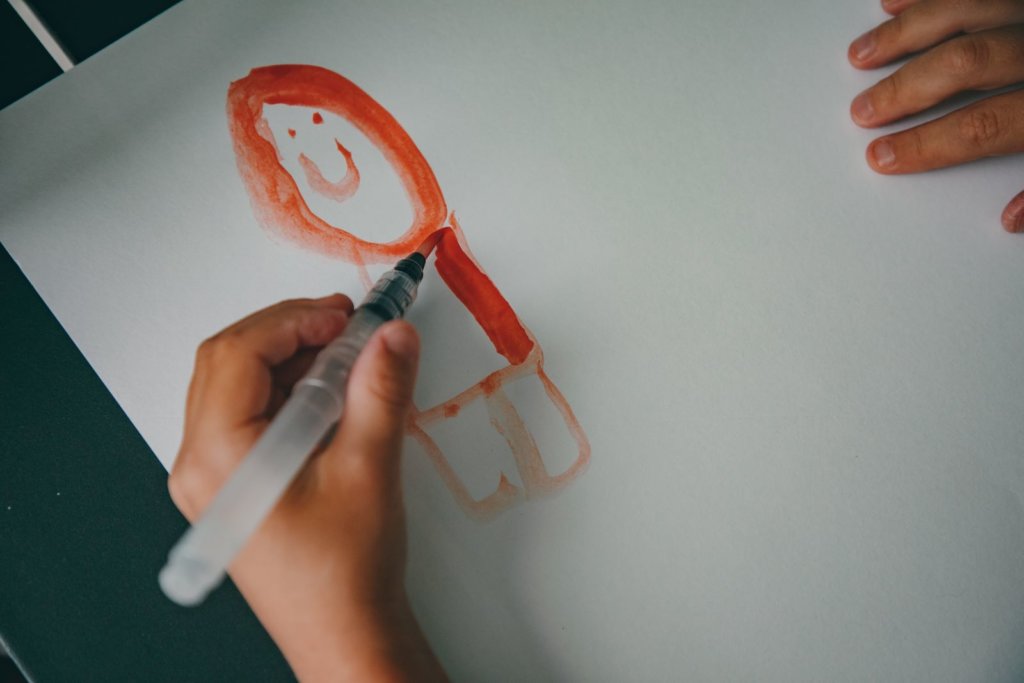 What if I let myself learn like a child? Photo by Anima Visual on Unsplash

I’ve never taken a creative writing class before. I know nothing about novel writing. I didn’t get an MFA; I got a bachelor’s in journalism. Ask me to write an anecdotal lead and I can bang one out in a jiffy. Ask me to write a novel and I’m stumped. In other words, novel writing is completely new to me and by holding myself to a high standard, I’m stifling creativity. I’m not letting myself play around. I’m not extending compassion and forgiveness toward myself. In other words, I’m not treating myself like I treat other beginners.

When my young nieces and nephews draw me a picture, I don’t say, “This is terrible. The head is three times larger than the rest of the body.” No, I exclaim in delight and say, “Wow! Look at that!” because they’re young and they’re just learning how to draw. I want to encourage them to keep going because they enjoy it. I don’t have expectations my nieces and nephews will be famous visual artists by the age of 8. I’m letting them be kids. However, I don’t do that with adults, either myself or others. As adults, there’s an expectation that we are at least competent with whatever we’re doing. That means not sucking at surfing, or not playing the piano without striking the wrong key, regardless of how long we’ve taken lessons.

Psychiatrist Dr. Gail Saltz says, “Culture is consumed with being an expert.” In fact, average levels of social perfectionism rose by about a third from 1989 to 2016 in a study of 41,000 college students. Is that number higher now? Probably.

We’re not giving ourselves the grace of being a newcomer. Even in the numerous articles I read on this topic, the writers said, “Let yourself fail,” or had titles with, “The case for being bad at something.” One even mentioned you’ll start off sucking but eventually, you’ll get better at crocheting or whatever your activity is. How about if we changed that narrative?

What if instead of proclaiming something we’re doing is good or bad, excellent or terrible, we let ourselves just be? What if we treated ourselves like small children, encouraging ourselves to keep learning and growing without judging the outcomes? I’d likely enjoy what I’m doing more. Maybe you would too.

Previous: The Cycle of Luck

Next: Sometimes Darkness is Illuminating